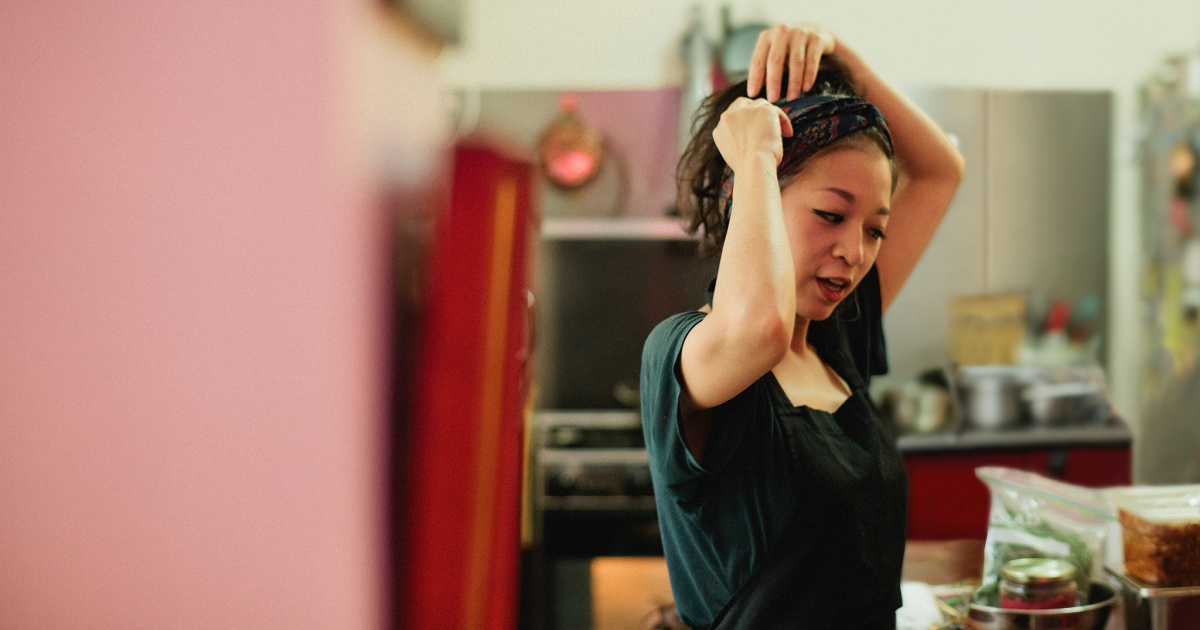 Peggy Chan is fundraising for her first cookbook, titled Provenance, with most of the proceeds going to her next impact-venture. We speak with the chef, restaurateur and environmental activist to learn more.

Times of trouble may pose a setback on certain goals we have in life, but it could also pose an opportunity to accelerate lifelong dreams that we hadn’t prioritised in the past. More time at home and a slowdown in business have caused many business owners to rethink their strategies and use this unprecedented time of change to try new things.

That’s sort of where Peggy Chan was, just before the turn of the new year, when she started a Kickststarter campaign to support the launch of her debut cookbook, Provenance.

As the name of the cookbook suggests, it’s all about going back to the roots. Based on principles of plant-based cookery, Provance will be filled with memoirs and recipes for both the homecook and professionals. Readers can learn to recreate tried and tested recipes from Chan’s restaurants, Grassroots Pantry and Nectar. They will also be educated on our existing food systems and informed of the impact of our daily decisions.

“Provenance is more than just a cookbook. It’s a culmination of everything we at Grassroots have done, packaged as a memoir and a guide to help you proactively participate in climate action,” writes Chan on Kickstarter. “This means showing you the ropes to how you can also source and cook delicious plant-based dishes at home, that takes our health and our planet’s health into consideration.”

Going beyond the Provenance cookbook

Supporters of the Kickstarter campaign will receive a copy of the Provenance cookbook, either in digital or hard copy format, if the campaign is fully funded by February 24, 2021. But the campaign goes beyond supporting just the cookbook. A major part of the proceeds actually goes towards Chan’s next impact-venture called Zero Foodprint Asia. It is set to be the first Asian outpost of an NGO started by restaurateurs Anthony Myint and Karen Leibowitz in 2015 that looks at food systems as the starting point for change.

Chan tells me she met the couple in 2018 in the United States and they remained in touch. It was Chan’s dream to expand their initiative to Hong Kong, and the pandemic has presented just the opportunity to do it.

“The pandemic has exposed the fragility of our food systems,” Chan says. “But it has also demonstrated that businesses and people are ready to build back better. We are given a chance to change the way we produce and consume food.”

The events of 2019 and hardships from 2020 had forced Chan to make the difficult decision to close Nectar in 2020. As upsetting as the decision was for her, she acknowledged that it just wasn’t a sustainable way to operate. But activism was as much part of Chan’s DNA as being a restaurateur, and with the close of her restaurant, she’s channeled all her efforts (with the support of her husband) into doing something more impactful to the wider food network.

Chan has no intention of operating another restaurant in the near future, she tells me. But that hasn’t stopped her from doing brief stints and working with other chefs. In January, she did a limited-edition burger for Leaves and Liberty. For now, all her focus is on change on a higher level. There are a lot more projects forthcoming. Right now, it’s to get Zero Foodprint Asia and Provenance off the ground.

Click here to head over to the Provenance cookbook Kickstarter page.