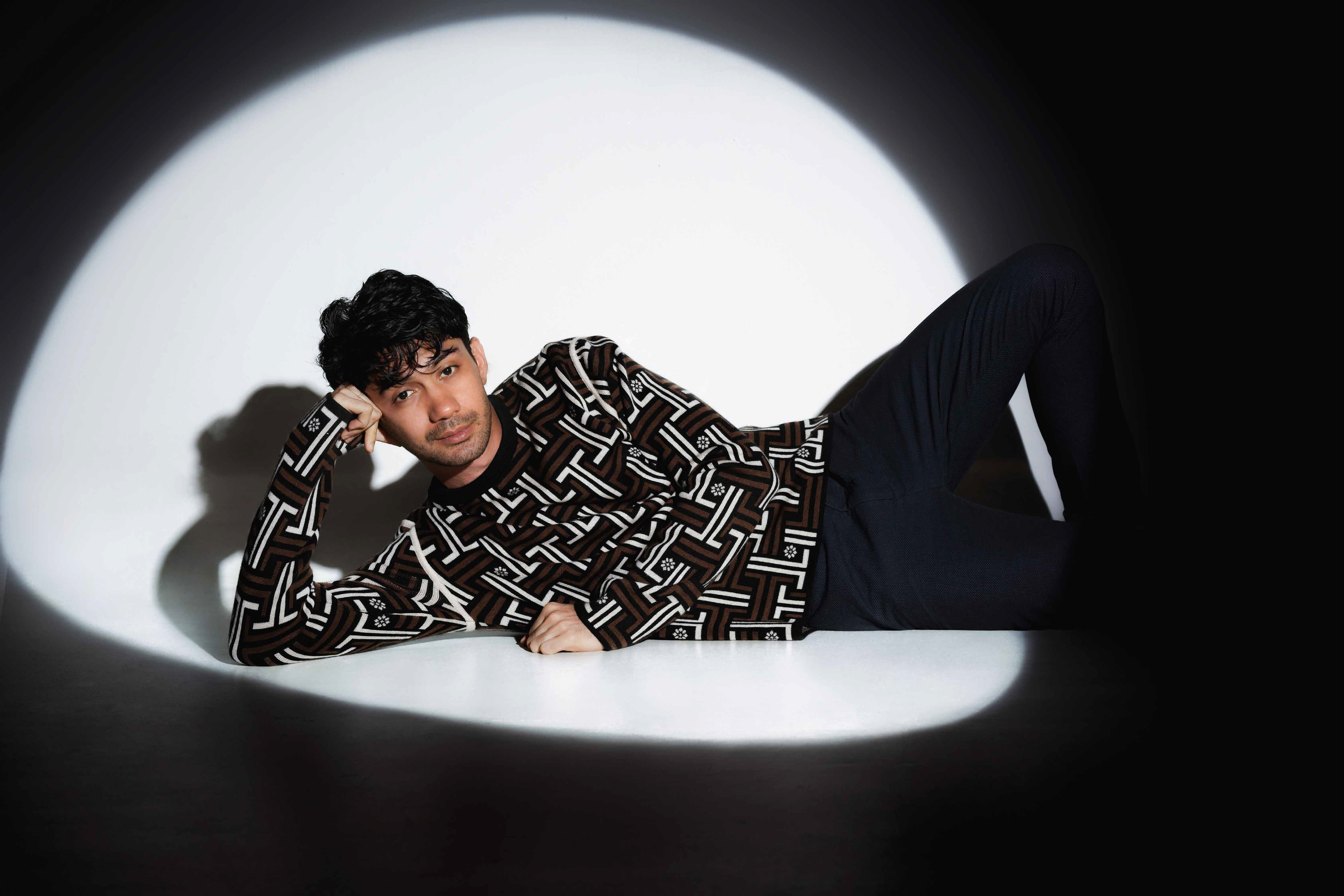 Celebrated Indonesian actor Reza Rahadian reflects on his journey portraying one of Indonesia’s finest luminaries in an interview with Liviani Putri.

It goes without saying that Reza Rahadian runs on a tight schedule. That, however, doesn’t seem to put him on edge. Rahadian arrived on set for his photo shoot and interview while still wearing a “Habibie & Ainun 3” T-shirt he wore for a press conference prior to the movie’s release on December 19. He graciously greeted everyone on the set, letting his charm do the work, and just like that, the shoot was done. As always, he nailed every look including the last one featuring Fendi, then sat down for a brief chat with Prestige.
“I would say it’s a good year to be back in the industry after taking a long break,” Rahadian says with a smile. He appeared in five movies this year, including “My Stupid Boss 2,” “Twivortiare,” and “This Is My Story,” followed by “Imperfect” and “Habibie & Ainun 3.”

“It was a thrilling experience to be involved in the creative process, diving into each character, each with their own backgrounds that have shaped their life journey,” he says, noting how he covered so many genres throughout the year. “Every process is challenging, for sure. But I must say that ‘Habibie & Ainun 3’ has been the most significant due to the technology being used to create a younger version of pak Habibie. Furthermore, his young and old versions live in different eras, so it took a lot of extra work to make the movie happen.”

Sadly, Bacharuddin Jusuf Habibie, Indonesia’s third president, never got the chance to see the movie as he passed away on September 11 at the age of 83. His passing was lamented by many, especially in the movie industry where the love story between pak Habibie and his wife Ainun is greatly admired. “He is a genius yet generous and modest. He is a beautiful human being,” Rahadian continues. “I learned a lot on how to become a person that values other people. Pak Habibie always talks about love. He said love isn’t limited to our partner or to God. It’s more than that: to our fellow human beings, animals, the environment and even our country. It also has to be visible in our work—what we do on a daily basis—so that we can become better persons.”

Rahadian can’t help but miss the presence of Habibie, or eyang (“grandpa”) as he is popularly referred to. “I miss his smile and the conversations we had,” he reminisces. “It has been a privilege for me to have those moments. We discussed lot of things, such as politics, movies, literature and culture over lunch or dinner once a month. Sometimes we had a Sunday brunch together with his grandchildren. Thanks to these private sessions with him, I felt like I had a grandfather who I could share a lot of stories with. It’s priceless.”

This year became particularly meaningful as it marks Rahadian’s 50th movie, “Twivortiare.” “It has been a long journey, through ups and downs, struggle and hard work,” he says. “I can’t really say anything but that I feel blessed.” Looking back at his career in the entertainment industry, he adds: “Being an actor means a lot to me. Having the opportunity to learn from other people’s lives and perspectives through each character I play is, again, a privilege. Every role taught me a lesson on how to become more human. I learned to love our country through the stories of H.O.S Tjokroaminoto and B.J Habibie; I learned to appreciate the people who love me and are always there for me no matter what.”

“I always believe that who I am today is part of God’s plan. I’m grateful to be able to portray so many lives and share so many life lessons. On the other hand, I also carry a responsibility to the give my best to my audience. That’s why I never get tired of exploring characters and I will always challenge myself to bring every single role to live in order to do something meaningful.”