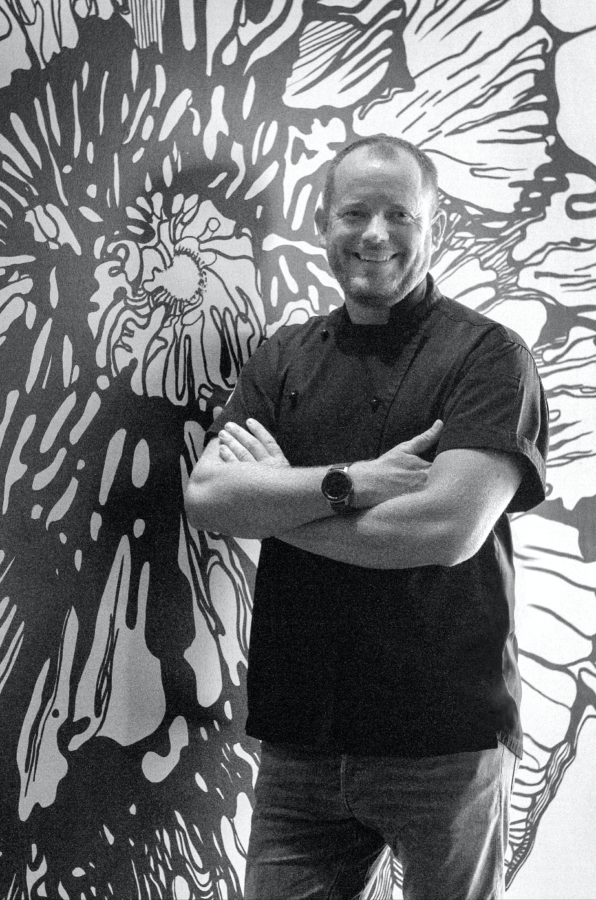 It was a very humid Monday when Prestige arrived in Bali’s Canggu neighbourhood. Canggu has grown a lot in the past five years. What used to be a quaint little village known mostly to surfers has now become a bustling district full of hotels, B&Bs, yoga studios, surfing schools and a myriad of cafes and restaurants. Besides offering a different Balinese atmosphere than Seminyak, Ubud and Uluwatu, Canggu has basically become its own independent district where you can find basically everything.

That day, however, we came to Canggu to visit Will Meyrick, a self-described street food chef who now owns some of the most successful and renowned restaurants in Bali. And in the streets of Batu Bolong, next to Ametis Villa and just a few minutes away from the beach, was his latest venture: Billy Ho.

It would be quite an understatement to say that Meyrick loves travelling. The man travels to find inspiration in every corner of the world and then he puts the experiences he gained on his restaurant’s table. Billy Ho, which opened last year, offers comfort foods from three different cuisine styles: cha chaan teng from Hong Kong, izakaya from Japan and hanok of South Korea. Looking through Canggu’s market potential, Meyrick and his team felt it was best for Billy Ho to present a concept that is exciting but at the same time easily relatable. Japanese food, in particular, was something that most people would be readily familiar with.

Meyrick believes that the increasingly younger crowds at Canggu are generally willing to spend more on food and going out while saving on accommodation. “But there has to be valued,” he points out, “it has to hit the price points on the menu items as well.” That, and good flavour, obviously.

Another demographic shift that Meyrick has noticed is the rise in Asian tourists over the past five years as flying has become a little bit more affordable for more and more people. This has also resulted in increased diversity in the market. If you visit Bali on a regular Bali, you’ll probably notice a decline in fine dining restaurants and an upsurge in casual dining venues along with pizza and taco joins – especially compared to how things were in Bali six to seven years ago. “So, it’s no longer a tourist destination for foreigners, but also for locals and everyone,” Meyrick observes. “There’s no class distinction anymore: Like, this is high end, this is low end. Everyone is the same.”

There has also been a notable shift in the local consumer-base as well, with more Indonesians and less expats finding work in Bali. “I think the government made a strong stance on visa and KITAS [limited stay permits] requirements and is really trying to bring out the Indonesian middle class to come in and work in tourism. They use Bali as an example to try and push other areas in Indonesia,” says Meyrick. “And that’s more interesting as it allows you to go back to what you were doing – back to pioneering again. You educate people. It’s great to be able to pass this knowledge on to the other areas in Indonesia.”

However, Meyrick also expresses his worries about the rapid development in the area. With more cafes popping out everywhere, the competition has become fiercer. Then there’s the change in consumer behaviour and tastes. “Whether you are in Sydney, Jakarta, London or Bali, the world is changing and everyone has to be a little bit more aware in what they are doing,” he points out. “So, now restaurateurs tend to listen more to their clients and maybe even build towards client-based concepts rather than what we want to do.”

Meyrick then continues: “Which is good, but it also has a negative side to it. People no longer want to be educated so much on food. It has to be fashionable, look good on social media and so on – which is miles away from what we are doing in terms of food.”

Speaking of doing what he’s actually passionate about, Meyrick also tells us that he has just come back from northern India and how latest adventure there will inspire his next restaurant. Meyrick admits that when he is not busy creating food or establishing restaurants, he probably would be a food or photo journalist. 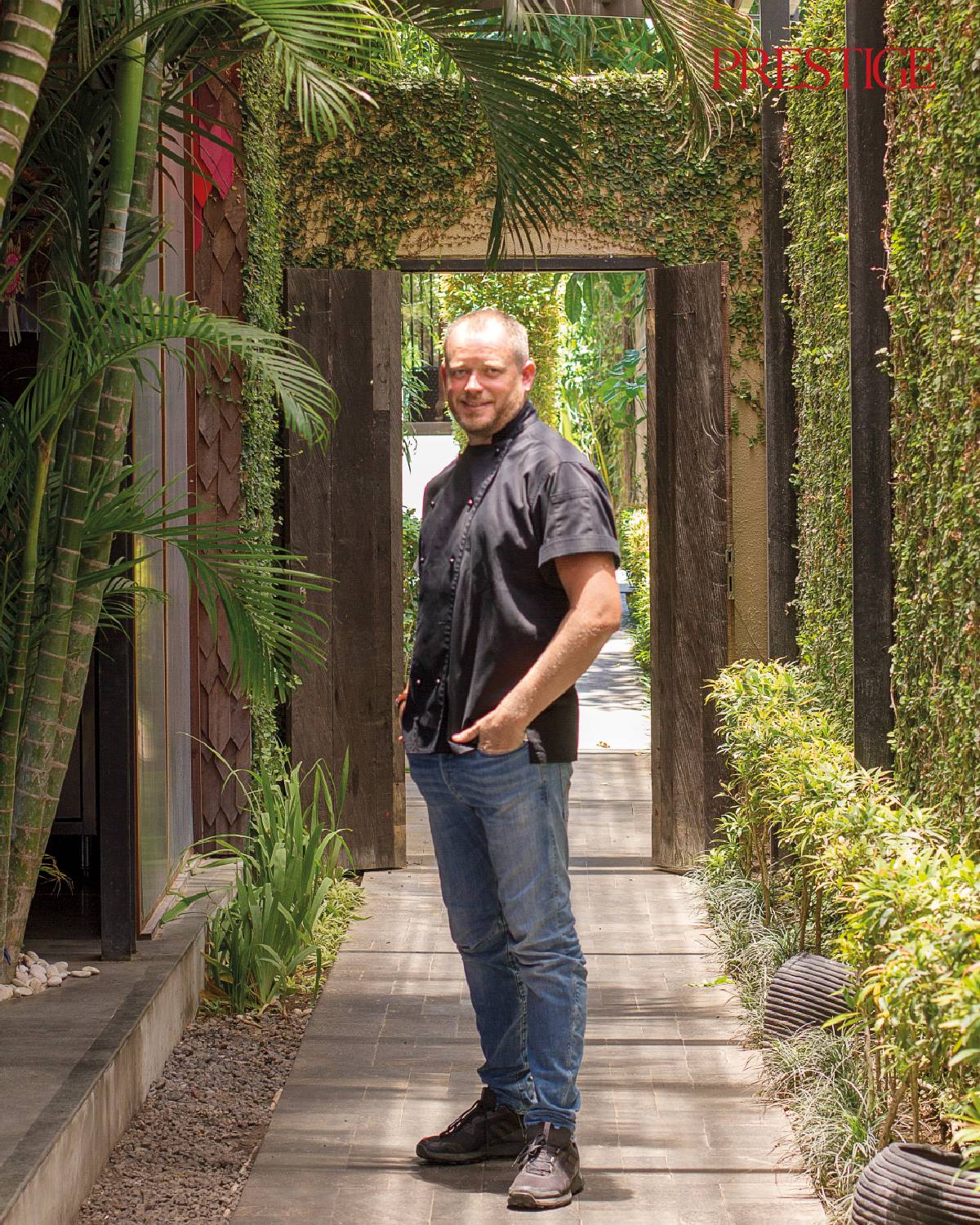 “We went through the riots in northern India, seeing torches in the middle of the night, covered up and hidden somewhere safe; we were on curfew as well,” Meyrick recalls. “To go back to one of those trips – to Uzbekistan, Kyrgyzstan and all those areas – that’s what I’m getting off with. Those are dangerous areas that have been ravaged by conflict and wars, but it’s really interesting to go through the stories from those places and see the cuisine there. To be honest, when you put them together, then you can see the connection between the West and the East. You see the fusion of food. That’s why I’m keen on documenting those areas.”

Inspired by his travels to Turkey and visits to the hill tribes of northern India, Meyrick’s next restaurant is all about the spices he encountered and – more importantly – how they are used in interesting ways in the communities where they originate. “You get a kebab in Turkey and you get a shish kebab in India – it’s the same thing,” Meyrick explains enthusiastically. “But ultimately, it has come through a journey. And what I find interesting with the hill tribes and through the spice route is that they adopted all those flavours and turned them into something interesting while carrying them from one place to another. There’s a little bit more history that we want to go into. That’s the sort of food I love to do; street food is my thing.”

Beauty & Wellness
Sign up to get the latest luxury and lifestyle news delivered to your inbox.
Billy Ho Will Meyrick
Ajeng G. Anindita
people