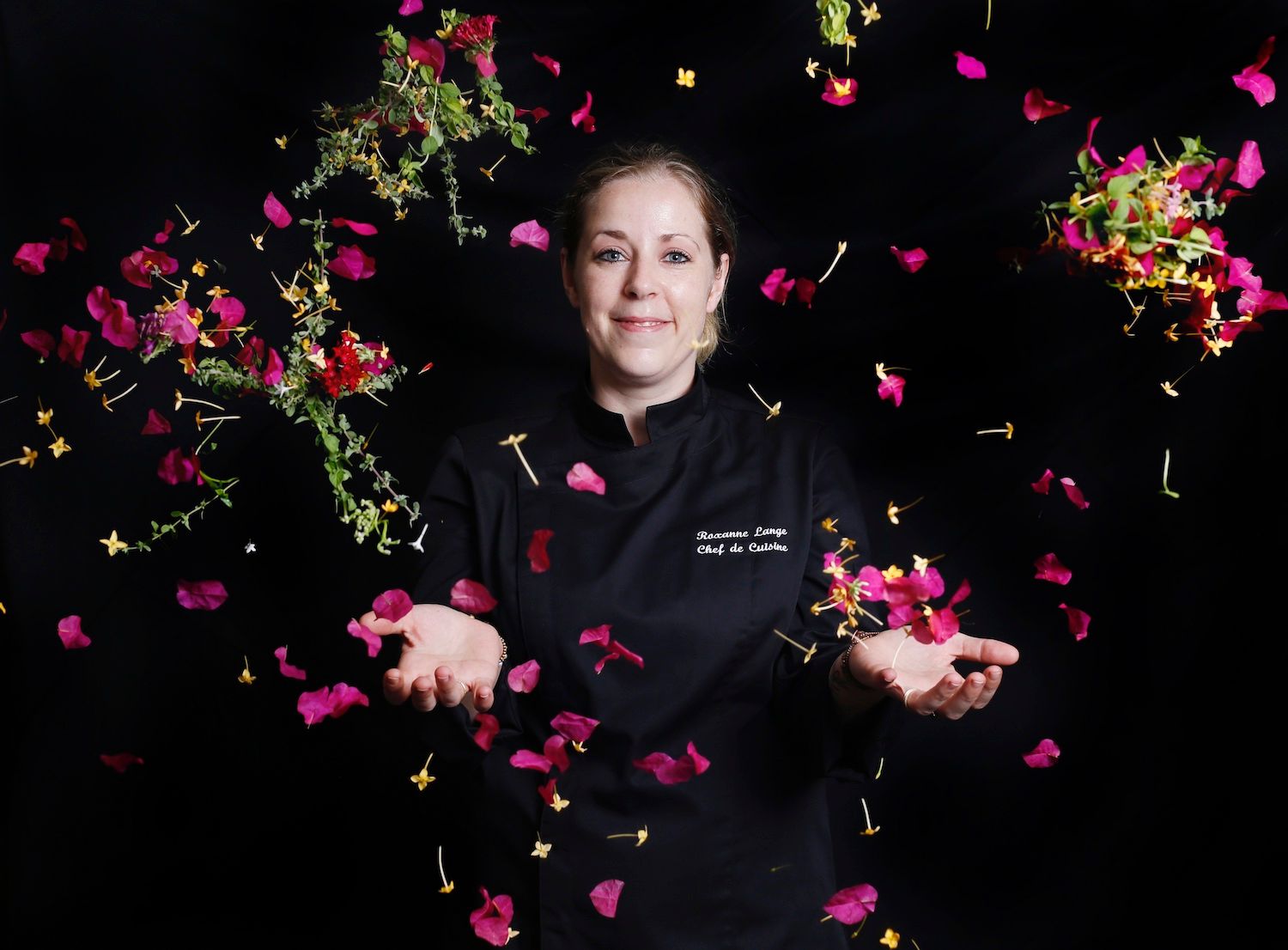 “Women belong in the kitchens.”

“A woman doesn’t belong anywhere. [A] woman can do everything she wants to, as long as she believes in herself.” — chef Roxanne Lange, chef de cuisine at The Allium, Plaza Athenee.

Among these women, we spoke to chef Roxanne Lange, currently chef de cuisine at The Allium, Plaza Athenee Bangkok Hotel. With a portfolio glittering with Michelin-stars, and a rep for for exquisite culinary creations, chef Roxanne reminds us that a woman belongs wherever she wants to be — and if that happens to be in the kitchens, that too is a stage where one can dream, excel, and inspire.

Do “women belong in the kitchens”?

When asked about the age-old stereotype, chef Roxanne’s first response is to chuckle. “Haha, that is a very old one,” she says, with a familiar congeniality that — alongside her culinary prowess, of course — has won so many hearts at The Allium. “A woman doesn’t belong anywhere. I believe that a woman can do everything she wants to, as long as she believes in herself.”

Chef Roxanne’s approach is not to let the negativity stop her from pursuing her dreams. “I don’t give much attention towards stereotypes,” she tells us, “I believe in equality, and that if you work hard and believe in yourself, you should be able to achieve everything.”

“Find something you like to do and just go for it.” To chef Roxanne, what matters most is that you’re doing something you love. “As a chef, it’s very important to have a passion for the industry,” she explains, “if you know you have this, then spend a lot of time in the kitchen and make this profession your own. Learn as much as you can from other great chefs, read cook books, and never give up. Also remember to have fun and be happy, because a life without happiness is no life.”

Her most important bit of advice? “Never, ever pay attention to stereotypes or whatsoever. Nobody knows what you are capable of yourself, except you — you may even surprise yourself!”

To find out more about Roxanne Lange, visit her at The Allium, at The Plaza Athénée Bangkok, where she helms the kitchens as chef de cuisine. marriott.com.