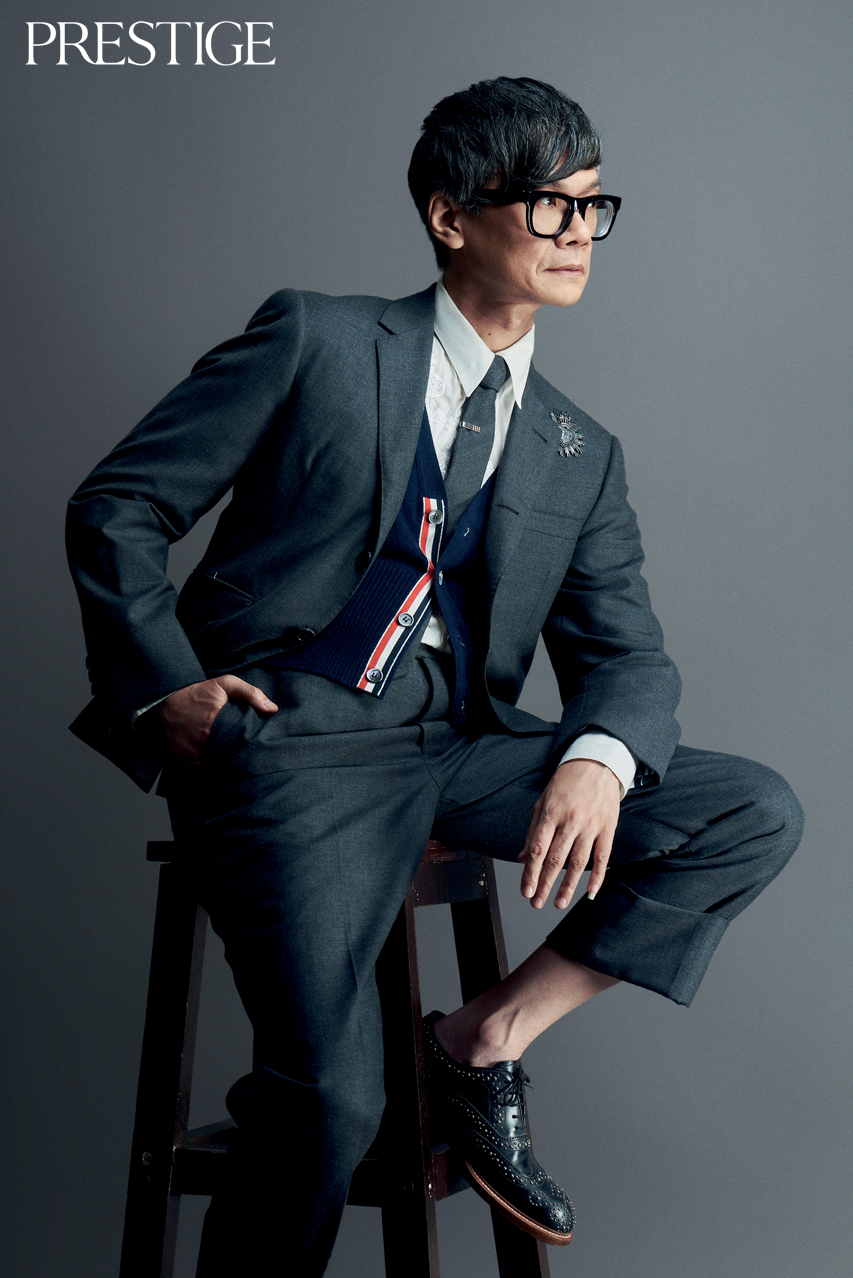 People & Events
Liviani Putri
Sign up to get the latest luxury and lifestyle news delivered to your inbox.

“I’m no longer a young designer, but looking back on my career it feels like only yesterday when it all started for me. I feel blessed,” smiles Didi Budiardjo as he reflects on 30 years of creativity, beauty and hard work. Liviani Putri reports.

Didi Budiardjo expected about 200 guests to show up for his 30th anniversary show last March. But in the event, The Opus Grand Ballroom at The Tribrata in Kebayoran Baru was overwhelmed by more than 800 admirers of the couturier and fashion designer’s beautiful and meticulous work. Didi’s show, “Terlahir Kembali” (Reborn), lived up to its name in more ways than one. It was a celebration of excellence and a fitting tribute to one of the great names in Indonesian style.

“I’m no longer a young designer, but looking back on my career it feels like only yesterday when it all started for me,” Didi smiles when he sits down with Prestige for an exclusive interview at his studio in south Jakarta. “I feel relieved and blessed, because many designers that I have looked up to didn’t get the chance to celebrate the 30th year of their fashion houses.”

Created in collaboration with Felix Tjahjadi, “Terlahir Kembali” was both a retrospective journey and an investigation of the beauty and pain of falling in love. “The inspiration for it and the concept itself came from my contemplation of what I have been doing for the past three decades,” Didi explains. “Just as fashion always renews itself, I believe my 30-year career represents a cycle of rebirth.”

Didi’s followers were looking forward to “Terlahir Kembali”. Still fresh in their memories was his “Cabinet of Curiosities” show of 2015, marking his 25th anniversary, which featured 56 dresses inspired by his recollections and fantasies. There was also his “Pilgrimage” exhibition, where he put on a display of 300 items related to his inspirations and past creations at Museum Tekstil Jakarta, to look back on with awe.

For “Terlahir Kembali”, Didi focused on his forte, creating 30 refined and chic evening dresses. He says it’s the enigmatic quality of love – “the fear and fairy tale of romance” – that fascinates him most. “I believe love is not complete without the presence of other feelings,” he said at the time of the show. “Love comes with its darker side – like a broken heart, jealousy and much more. Love is a complex thing.”
Felix transformed the venue into a hanging rose garden featuring 30,000 flowers. They were all red, of course, to symbolise love. A great admirer of the work of Cristobal Balenciaga and Yves Saint Laurent, Didi says he looked back to the “purity and simplistic lines of the design masters” and made them his reference in order to create something that was “up to date and acceptable to this day’s situation.”
The red colour scheme for “Terlahir Kembali” was also inspired by Sinta of the Ramayana epic. “It centres on the sacred heart of Sinta. It follows her through her long journey, starting when she steps into the forest. Perhaps few know at the end she would vanish into the ground, which I represented with dark and earthy shades.”

Didi’s ultra-glamorous runway show opened with a series of tent-like, short-sleeved dresses with a silhouette cascading to the floor. They showcased a floral pattern reminiscent of fine china. Voluminous silhouettes reminiscent of the 1980s accentuated their wearers’ curves, while creating dramatic effects through flares and swerves.

Tiered dresses appeared as an experimental touch, through a seven-tier red gown with asymmetrical neckline, to another red stunner with a diagonal tiered embellishment. The designer’s flair for the dramatic and the sensual was portrayed through the use of sheer materials, from glimmering mini dresses elongated with a sheer skirt, to a nude illusion dress through intricate beadwork. The show closed with a fantastic, voluminous white gown, adorned with an embellished heart.

Didi began his fashion career in 1989 with a ready-to-wear label, Anonymous. His choice to dive into the fashion world was bold, not to say unusual. “I had just graduated from high school, while my friends continued on to university,” he says. “But going to university wasn’t for me. I thought, why don’t I pursue my passion? I had loved to draw since I was young, when I began falling in love with the beautiful things around me. Then the word ‘fashion’ came into my mind and I released that it was a calling. I knew it wouldn’t be an easy journey, but we must be persistent to pursue our dream, right?”

He joined LPTB Susan Budihardjo. “In the second year, there was a design competition and I took first place. I continued on to compete in the Asia’s Young Designer Contest in Singapore. I didn’t win that, but just taking part in it was a precious experience that helped shape as a young designer. I have to laugh now when I remember those days. I loved to wear good clothes, but I hated to make a pattern. But it turns out that making patterns is a meditative activity for me today.”

Didi’s talent won him a place at Atelier Fleuri Delaporte in Paris in 1991. “I was inspired by Japanese designers like Yohji Yamamoto and Kenzo Takada, who had won big success in France,” he says. Back in Indonesia, he launched his couture label in 1996. He focused on wedding gowns and evening dresses that captured a Parisian touch of femininity.

“I translated the Parisian style through gowns with classic silhouettes, combined with a glamorous touch. The challenge was to find the right character. Someone will be called as a professional designer when they have come up with their unique statement. It took me three years, and I was fortunate that it didn’t took a longer time, because I met the right mentor and friends who have been really supportive.”

What is the secret of Didi’s success? The designer says “it’s the result of having trustworthy friends of integrity throughout the years. Our clients are the important people that we have to keep good relationships with. But the most important thing is being responsible, to keep doing your best work every time. The life of a couturier is not an easy one at all, but I chose to become part of it and to do it in a responsible way. Everything you do for your clients has to come from the heart, which makes me think that it must be love that has enabled me to stand here until today. Without love, I couldn’t have created everything I’ve created. I couldn’t have made it this far.”

When he presented “Terlahir Kembali”, Didi thanked the people in the audience for their loyalty and support, reflected on how much the Indonesian fashion scene has changed in the last 30 years, made them laugh when he acknowledged that he was no longer a young designer and stated that the most important thing was that he took the journey out of a sincere love for the craft.

Sitting with Prestige, he rejects all notions of living in the past. On the contrary, he sees this year as a fresh start – he beginning of a more exciting journey ahead. “I won’t stop creating new collections. In fact, I’m becoming more creative and still doing my best to keep the trust that we have built up with clients over a long time.”

While acknowledging that nothing lasts forever, he is full of hope for the future of the fashion industry in Indonesia. “There will come a day when experienced designers have to pass the torch to the young generations. That’s fine for me. Compared to 30 years ago, the profession has grown much better. I think this is the perfect time to find the true soul of our fashion industry.”
Above all, Didi has no regrets. As he says on his Instagram page, “I’ve seen the world. Done it all. Had my cake now…”