To say that Eelke Plasmeijer and Ray Adriansyah are busy people is quite an understatement. Setting up an interview with them for Prestige involved a lot of back and forth and rescheduling. This is understandable because the duo behind Locavore, their game-changing restaurant in Ubud, are very hands-on in terms of everything that involves or affects their beloved business. As its name subtly suggests, Locavore is one of the first restaurants in Bali to be committed to sourcing local, seasonal and ethical food products. 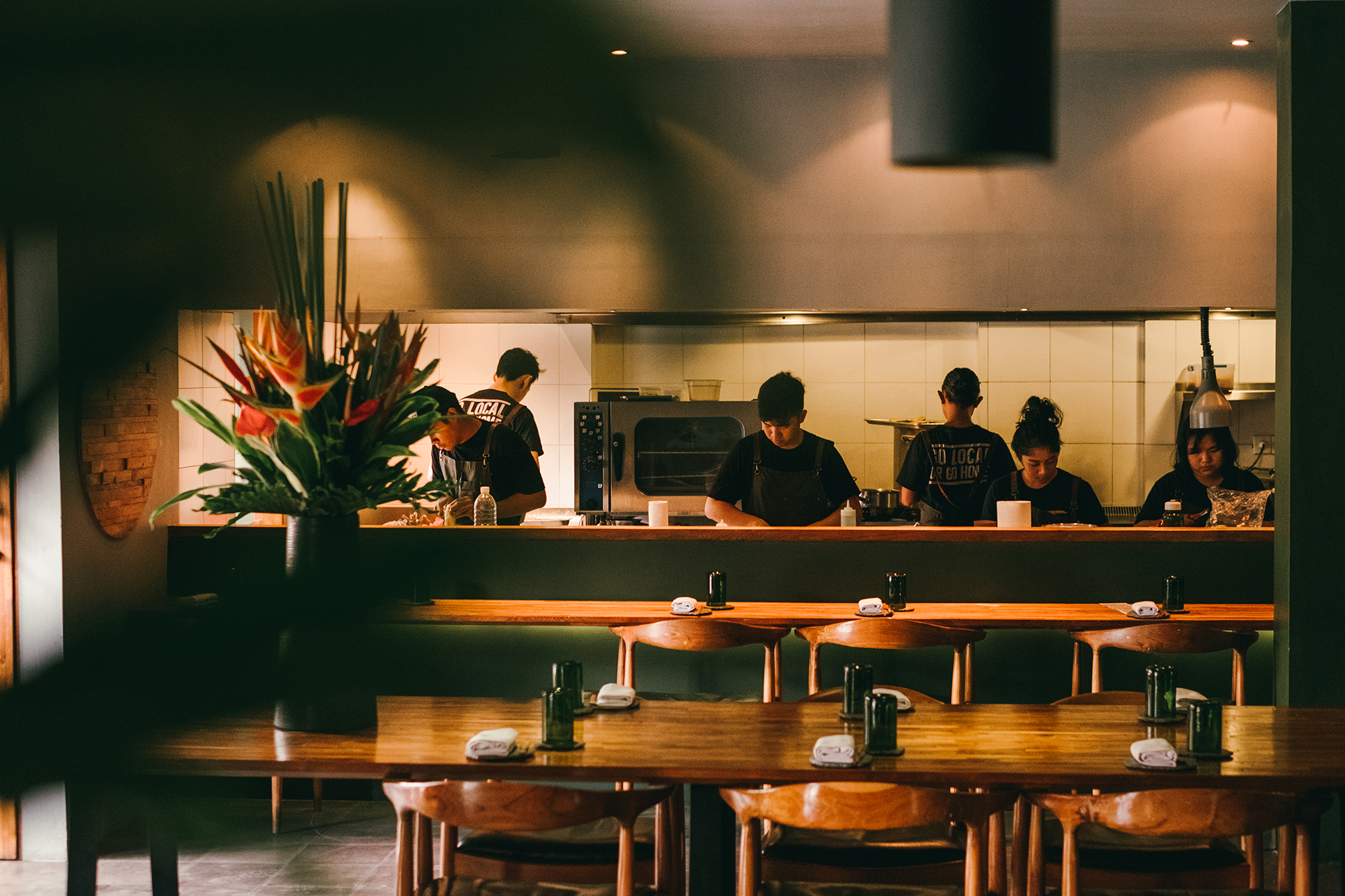 One of the reasons why restaurants have a high casualty rate is that they tend to be neglected by their owners after a while. This is certainly not the case with Locavore, however, and Plasmeijer and Adriansyah’s dedication and years of hard work have paid dividends. Launched in 2013, Locavore is still bustling every day as food lovers continue to flock to the pioneering restaurant. It’s no exaggeration to say that, to secure a table, you need to book weeks or even months in advance.

At lunchtime, there might be a few seats available if you’re in luck, but at dinner time it is always fully booked, even today. Over time, Locavore has evolved into several establishments: Nusantara, a casual Indonesian restaurant; Night Rooster, a creative cocktail bar; Local Parts, “Bali’s first ethical butcher”; Locavore To Go, a café and take-out place; and Localab, a food laboratory and testing kitchen that’s at the centre of Locavore’s R&D efforts.

Locavore champions local produce and ingredients. Some 95-percent of what the chefs use in the kitchen is grown in Indonesia. They work closely with local farmers to support sustainability. At the beginning, Plasmeijer admits, they had a much less interesting concept. The focus was on using Western produce grown in Indonesia, like radishes, beetroot, fennel and European herbs. Two and a half years later, they realised that what they were didn’t make much sense. They determined that they should be focusing on authentic Indonesian ingredients that have been around for a long time.

One of the challenges they face, Adriansyah points out, is to meet their own stringent quality standards. Plasmeijer explains: “There are a lot of things that don’t grow in Bali, but are very common in other parts of Indonesia. So, the next issue we have to tackle is how to get them here in good condition. By the time they arrive Bali they’re often wilted or half fermented. That’s a problem that we can’t tackle entirely ourselves. We need to reach out to more people about that so we can make progress.”

Locavore is the only Bali-based venue to be named among “Asia’s 50 Best Restaurants”, and it has won sustainability awards for its big commitment to environmental and social responsibility. Plasmeijer says they were surprised at their success, pointing out: “If a small restaurant in Indonesia is the most sustainable in Asia, then the rest of the region is doing something wrong. I’m not saying we’re not trying. We are. But we don’t talk about it, we just do it. And we realise that it could be much better and that there are still a lot of things to improve. The fact is that you need to get the whole team on board with your ideas, otherwise it’s not going to work. Our current facilities are set up to be as sustainable as we’d like to be. When we can create a facility from scratch, then I think we can make a lot of steps to become an even better and greener restaurant.” To which, Adriansyah adds modestly: “What we mean is that we have done nothing for sustainability compared to some other restaurants in Asia.”

All accolades aside, Plasmeijer and Adriansyah say that what they are doing with Locavore is probably just a drop in the ocean compared to the rest of the world. Yet they have made an enormous impact in their own way. “We think it’s better to be part of the solution than to be part of the problem,” the two chefs point out, “and making people go home happy with their stomachs full is not a bad way of doing it.”