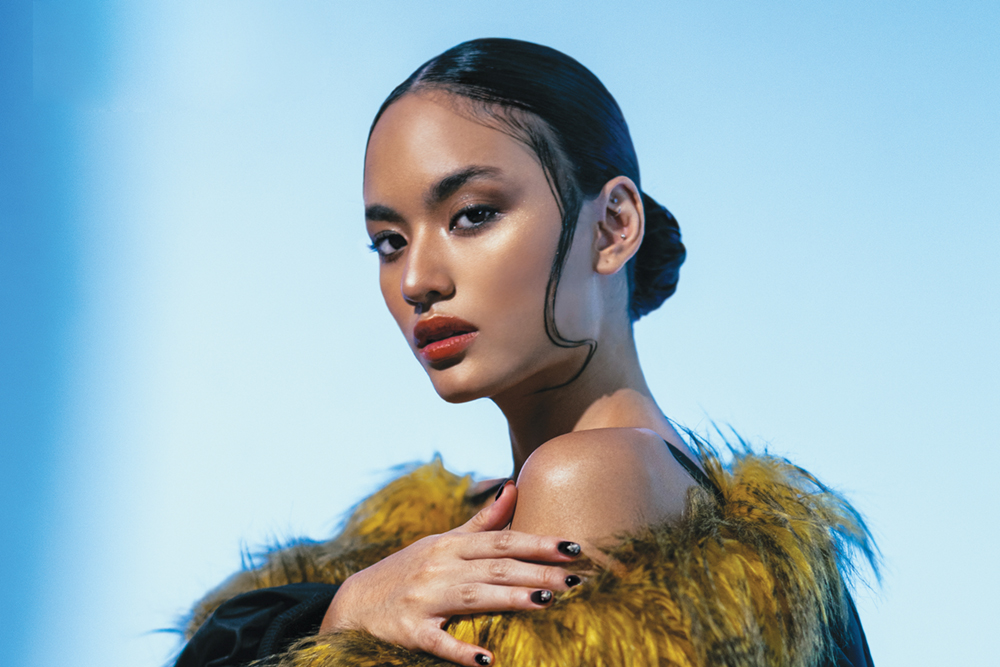 People & Events
IT Actress of the Year: Rising to Greatness with Arawinda Kirana
Share
Next article

Arawinda Kirana shares with Prestige about her film debut “Yuni,” her thoughts about the Indonesian Film Festival and her plans for the future

Arawinda Kirana is, to put it mildly, a rising star in Indonesia’s film industry. And it’s not exactly hard to see why. For one, at just 19 years old, she won the Citra Award for Best Female Lead at the Indonesian Film Festival, the nation’s most prestigious award show, for her role in YUNI. The film was produced by Fourcolours Film and directed by Kamila Andini (Prestige’s IT Filmmaker of the year), and she plays as the titular character.

Arriving on set early with her team, Arawinda appeared every bit the youthful actress. She answered questions lightly, sharp and seemed to be at ease during the entire interview. “The whole premise of YUNI is about living as a woman in Indonesia and the types of issues that we are facing. This includes child marriage, the internalized patriarchy in this country, equality and then feminism. There’s also a little bit about the inequality of education across the country, sex education, as well as many other humanist problems. That’s basically the core of the story,” she opens up.

“Meanwhile, Yuni is the kind of character who is very curious about everything that happens around her, which is very different from her friends because where they’re at, in a very rural and traditional village, it’s considered taboo to ask those big questions. Like, why does this happen? Why is this a social norm? Why do we have this mindset towards women? It’s considered offensive to ask those questions, but Yuni doesn’t really think like that. She asks questions, she’s curious and she has a high level of intelligence. She’s not really rebellious, but she’s the type of character who breaks all of those stereotypes,” Arawinda adds.

Speaking of her character, she notes that the production house provided the cast with dialect coaches from Serang, where the film is set. “In the movie, we use this this local language called Jawa Serang which originates from Serang, Banten. We have to learn the language and I think the key to mastering any language and sounding like a native speaker is through the accent, the dialect. Before that, we had a bit of a hard time because we couldn’t really find any references or anything. And they really helped us to understand the vocabulary and we kind of created our own dictionary, which is based on the script.”

As challenging as it was, it wasn’t all bad. According to Arawinda, these kinds of struggles is just part of the journey. And ultimately, she was able to overcome everything. “I also personally did a homestay. I talked with my director that I needed to experience what it was like living on location as my character,” she says about her efforts to learn more about the depths of her character and her surroundings. “So, they arranged it and I went to an actual village in Serang; it was around an hour away from the city. I was alone, nobody accompanied me, and I stayed there for about five days. I lived with a Serang family and I learned so much from them.”

When asked what she hopes audiences, particularly in Indonesia, will take away from the movie, Arawinda replies: “I think this movie is very important for everybody, because it makes us aware of the issues that are present in this country, like child marriage, and also around the world. I’m hoping that it could raise awareness about education as well, and how we need more equality in education, because in this film you can see that people suffer through lack of education.”

Apart from that, she also hopes that people who watch this movie will be able to become more empathic. “In this film, you will see so many different kinds of lives, so many different types of humans and the intricate issues that they all go through. And that forces us to realize about the existence of these kinds of problems, especially since the film is set in a rural area which is not frequently exposed in the media,” Arawinda expresses. “Most of the films we see in Indonesia are set in metropolitan areas and they depict a glamourous kind of life, which is like a romanticized illusion. Whereas YUNI is a super honest and truthful take. This is the kind of movie that can make us open our eyes and want to work towards a better country, better human welfare, better equality and everything like that.”

“It was the sweetest, most heartfelt moment ever, just knowing that there are people who care enough about you to watch you through a livestream together and wait for you to come home”

With all that being said, expectations for the movie are pretty high, since YUNI also won the Platform Prize at Toronto International Film Festival. The movie also travelled all over the world to festivals in Los Angeles, Canada, Rome, Busan, Tokyo, Melbourne and so on. Touching on the subject of film festivals, our conversation then veered to the Indonesian Film Festival — the country’s most prestigious film awards, which is basically the national equivalent of the Oscars.

“It was very exciting, thrilling, and it was magical to be back at an offline event after so long,” Arawinda gushes about this year’s Indonesian Film Festival. “It’s actually one of my most favourite things ever, being in a space where you can engage with so many people. There are live performances by musicians and dancers, and I really love them. Indonesian Film Festival 2021 was a hybrid show. It was an event where you can interact with people, you can engage with them and you can spark important conversations. The show was amazing, and it’s a really fresh start to a new era in which we can thrive amid the pandemic.”

More importantly, however, at the aforementioned award show, Arawinda took home a trophy for her debut. “To be honest, when I heard my name called up, I was in a state of complete shock,” Arawinda recalls the proud moment. “And then I had to quickly gather myself and everyone from the YUNI team came to hug me and congratulate me. It was also quite confusing because it’s so very surprising and tense moment. And you have to be very receptive, you have to be aware of what you need to do at what time.”

She then continues: “It all felt so fleeting, especially having to give a speech in front of all the people there – the very, very talented and skilful and intelligent people from the film industry and beyond. And I hadn’t prepared a speech beforehand. I only prepared a little bit just in case I might win, but it was only bullet points. So, when I got up on that stage and I had to give a speech, it was entirely improvised. There were a couple of points that I missed in the speech that I really wanted to deliver. I think the speech was okay, I guess. But yeah, it felt very surreal and it still feels surreal now.”

“I’m hoping that it could raise awareness about education as well, and how we need more equality in education, because in this film you can see that people suffer through lack of education”

Above all else, Arawinda feels really grateful for the support she gets. “After the event, I went back straight to the hotel. Actually, my manager, my team, and my boyfriend watched the livestream of the award show together from the hotel room and it was the cutest thing ever. And they were all crying and congratulating me,” she recalls happily. “It was the sweetest, most heartfelt moment ever, just knowing that there are people who care enough about you to watch you through a livestream together and wait for you to come home. I think that’s the best part of that whole event: Being able to go back home to the people who helped you start out and thank them for what they did for you in your life.”

As the interview approached its end, we started to chat about her personal life, and the young multitalented actress excitedly talked about the future. “Right now, I am in the process of moving to United States, either to New York or Los Angeles, to continue film school. And from there, I expect and I hope to work there, which ultimately lines up with my end goal to be a film director. I really want to kind of actualize my visual and narrative visions into film,” she elaborates.

“After that, I’m hoping that I can be successful enough to gather enough money to make a scholarship foundation, because that’s one of the things that I’m really struggling with right now. Where I live right now, they don’t really look at artistic achievement and they don’t grant artistic scholarships. So I really want to make a scholarship foundation for art, for filmmaking, for acting, for dancing, music and everything like that. I really want that,” she concludes with an adorable smile on her face.

At 19 years old, Arawinda Kirana still has her best years ahead of her. For sure, we’re still far away from the final chapters of Arawinda Kirana’s story. And it certainly seems that she’s more than ready to seize the world on her own terms, and not leaving anything to chance.