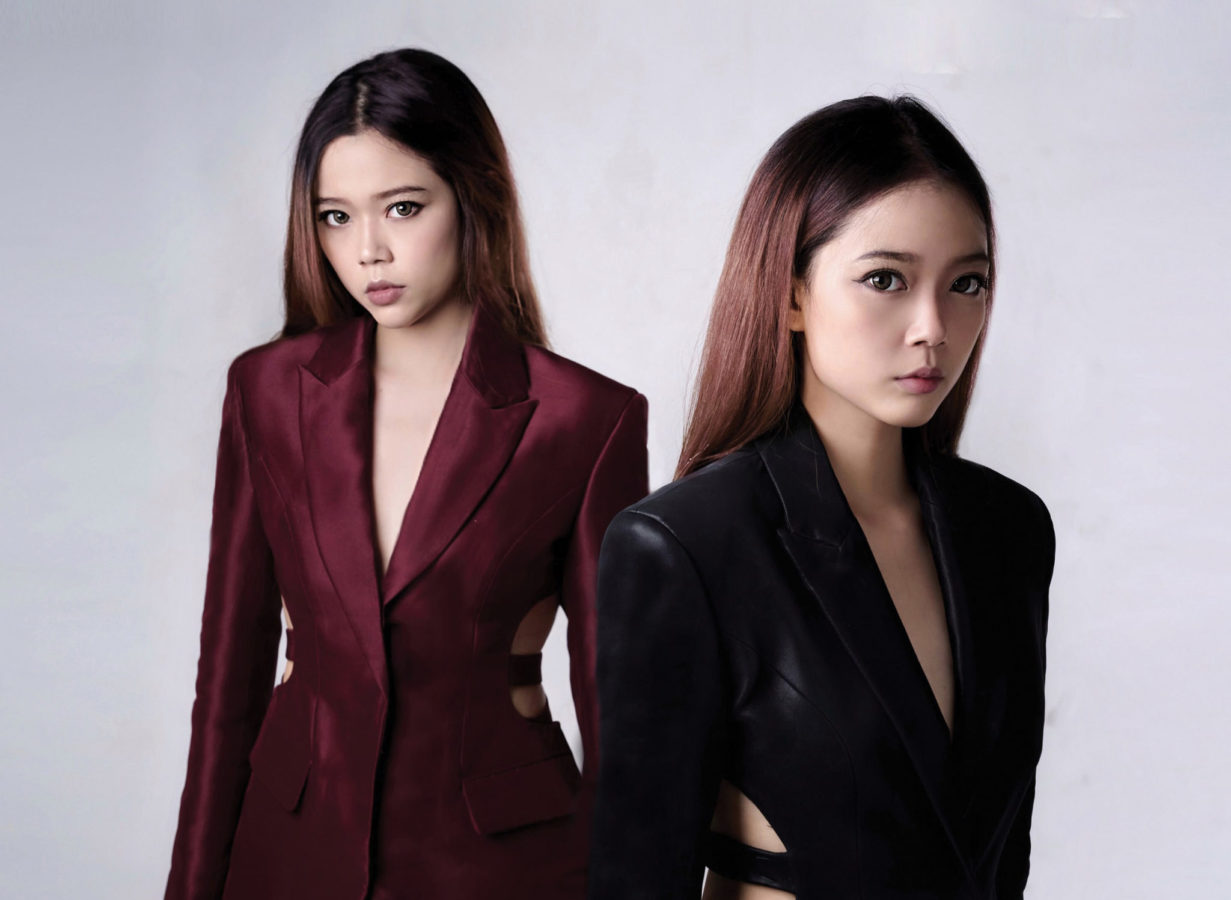 Janice and Benita Setyawan: The Journey Carries On

People & Events
Janice and Benita Setyawan: The Journey Carries On
Share
Next article

The dynamic duo behind Maquinn Couture, Janice and Benita Setyawan, share about the brand’s journey from the beginning and the next major milestone with Prestige

According to Janice and Benita Setyawan, the creative duo behind Maquinn Couture, the past few years have been great. Take, for one, the fact that Maquinn Couture was the sole Indonesian representative at Milan Fashion Week Spring/Summer 2021. “We were directly invited to present our collection at Milan Fashion Week last year. At first, we were uncertain that we could showcase the collection due to the current situation and travel restrictions,” Janice and Benita recall. “But we’re blessed that we were able to push beyond limitations. Everything went miraculously. Not only did we receive a warm welcome from the Indonesian Embassy in Rome, we were also honoured that they also physically witnessed our show in Palazzo Visconti Milano.”

To top it off, they also got the opportunity to deepen their knowledge about fashion in London’s Savile Row and took master classes in Milano. “This has become our provision that leads the history behind our in-house craftsmanship,” they recall further.

Speaking about history, Janice and Benita also shared about their journey to become a fashion designer in the first place. “Looking back, we both studied dentistry seven years ago.  While working as dental co-assistants, we took a break and studied abroad in London. Of course, that was a massive junction for us,” they happily recall. “We have always been huge fans of the Kingsman movies and found out that the film’s spy headquarters was located in a hidden lair under a fictional Savile Row bespoke tailor. That was the birth of our passion and journey, not only as designers, but also as pattern makers, and bespoke tailor for men and women.”

The duo then went on: “We choose to do things that we embrace and feel passionate for whatever reason and we create our own freedom around that. Our work is rooted in passion, learning, and a desire to be preeminent.” We talked to the artistic and creative director of Maquinn Couture about the brand’s journey from the beginning, their current collection, and more. Highlights of an exclusive interview:

First and foremost, can you tell us more about how Maquinn Couture began? What’s the story behind it?

Originally rooted in Indonesia, we grew up believing in our culture and heritage. We believe that by passing down the pluralistic richness of Batik Pekalongan and Solo, handcrafted by our craftspeople, we reflect an endlessly treasured savoir-faire. Starting from our premise, we design and hybridize with various cultures from around the world. Throughout years of variations, reinventions, and experiments, we aim to unveil to the world the versatility and modernity of batik as the new future.

Last year, Maquinn Couture unveiled the “Pilgrimage” collection at Milan Fashion Week 2020/21. It showcased intricate designs marrying Indonesian textiles with European styles. What was the inspiration behind the collection?

One of the motif designs in the collection was inspired by a painting by Lucas Cranach the Elder which is framed with a floral batik spread. This painting is set in a garden, where a man and woman stand near a tree surrounded by various animals and plants. We saw that Cranach’s painting compositions depicted a complete interpretation of ancestral journeys. When we heard the word “ancestor,” we grasped at the visualization of the human figure so that it ignores that all beings have ancestors who pass on the values of life to the next generation. In our perspective, it’s a portrait of early life, which is diverse but interwoven in harmony and beauty: humans, animals and plants.

Another piece that also drew attention were the ornaments that adopted the contours of branches. Despite that it’s not a major part of a tree, it is the seemingly brittle branches indeed can withstand the weight of the leaves, flowers and fruits. All the goodness of a tree is borne by the branches. Even the twigs carry the leaves to higher ground. That’s why we adopted the twig for the chest area upward to the head. We wanted to deliver a message that while Indonesia is not a superpower and might seem brittle, it is in fact is strong and able to maintain and continue the goodness of its ancestors, until the next generation reaches a higher place. More importantly, how was the response from the audience?

We made them gape! We also received lots of appreciation, collaboration offers, and we were asked to perform another runway show in several countries. We were also delighted to be featured in various fashion media outlets.

Now, let’s head back to the present and talk about your current collection. Can you give us a brief intro to Maquinn Couture’s spring/summer 2021 collection?

Are there any new methods or pieces that you’ve attempted to execute for the first time in this collection?

Yes, we spread our wings by uncovering and creating avant-garde yet elaborate wearable bridal art pieces.

You’ve also created a fashion film titled Realm of Silence. Can you elaborate on this feature? Are there any messages that you want to convey with this film?

If we contemplate every detail, scene by scene, the film gives audiences an idea of how the four statues depicted represent different kinds of characters as human beings. These characters also represent the identity of every piece we designed. We believe that every person is unique and sometimes stands in contrast. However, these are what make them irreplaceable. It is the diversity of colours in the human character that radiates beauty from within. One is mature, calm, and assertive, while the other one is childish, innocent, and pure. But that is the charm.

As for the main character that leads to the Queen, the wedding gown generates majestic and sumptuous tones that invigorate its overbearing aura. We believe that everyone has her own self-esteem that makes people respect and value their presence. Even if it is not shown explicitly, it would emanate from within. This theory leads us to uncover Realm of Silence as the embodiment of it all. When preparing a new collection, what is the process usually like at Maquinn Couture?

We always start with abstract images that serve as a point of departure to evolve our collection. We perform research to create a concrete concept of what we think of and identify techniques and shapes that could enliven the silhouette and establish cohesive results. This step plays the biggest role and, of course, takes most of our time and energy.

How do you approach global fashion trends? How much does popular trends and styles influence Maquinn Couture’s designs?

One of our utmost desires is to stay strong in our own identity; we are not dedicated to trends. Art should be a way on which we carry out something that reflects what we love. We are no longer in a time of being the trend of certain seasons. Instead, what if people can tell a piece of your creation from any year. Why not be the trendsetter itself?

We took a peek at your Instagram account and learned that Maquinn Couture will be launching its fall/winter collection soon. Can you give us a brief intro?

We have unveiled the first look of the collection, titled “EPITOME,” in the middle of August. Following that, more pieces will soon be revealed gradually. We will also launch more bridal collections very soon. Of course, we will not spoil too much. But, as a short introduction, it’s the continuation of the house signature of futuristic opulence, intricate wearable art, and homage to a silhouette.

What is Maquinn Couture’s primary market at the moment?

We have clients from all around the world. But at the moment, our clients are primarily based in Indonesia, Singapore, the United States, and Italy.

Furthermore, what are some of the things you still want to develop for the brand?

We’ve always wanted to involve and engage our brand with distinguished hybridizations between the physical world and the digital world. Developing new perspectives and ways of transforming the whole design process, as well as merging and articulating the valuable hand treatment of couture with digital experimentation. Also experimenting with various 3D digital tools starting from the design process, garment production, up until the runway.

Our last question: What’s next for Maquinn Couture? What is the next major milestone for the brand?

One of our ambitions is to expand our ateliers globally to various countries.