Kevin Susanto on the Rise of Digital Art 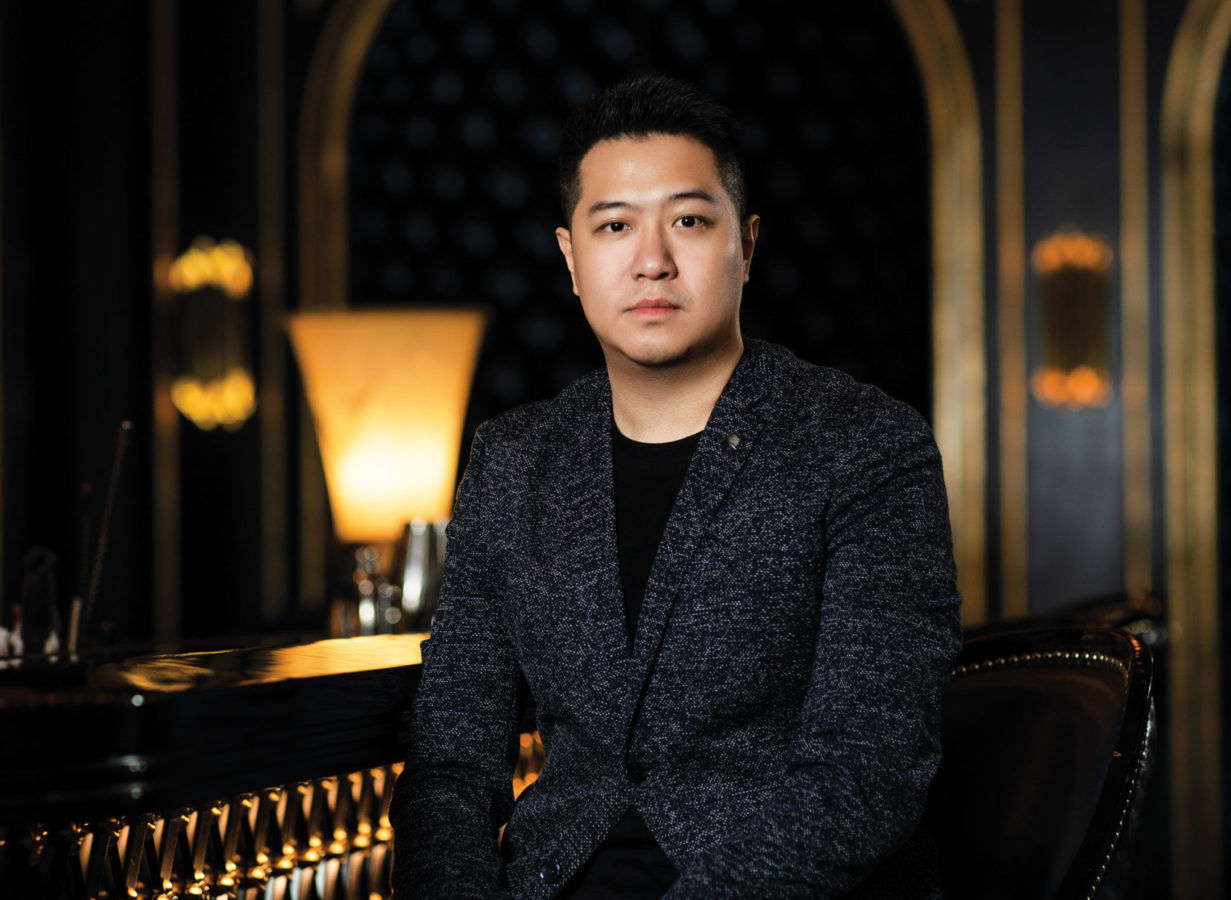 Kevin Susanto elaborates on his experience with NFTs, the cultural phenomenon of the year, and the way it is revolutionising the way we conceive art.

The last time we met serial entrepreneur Kevin Susanto, he shared the story of his expansive business ventures with Prestige. Besides helming EnviGo! and its environmental ventures, he also heads a number of F&B ventures, namely Goola and Gaaram, as well as Glatuk, a low-calorie ice cream brand. He explained that in business, it is important to stay innovative and keep improving: “If you are an entrepreneur or a businessman, you need to invest more in your knowledge, as well. You have to stay informed about what’s going on in the market and about the economy. Besides experience, knowledge is also important. Don’t be shy to ask someone who is better than you to teach you. Ask a lot, learn a lot. That’s an important thing to do. It is going to help you a lot in growing your business.”

Speaking about improving as well as staying innovative, we get to see the latest ventures from Susanto in the realm of technology. Particularly in NFTs. The term NFT (non-fungible token) remains one of the most talked-about topics of 2022. For anyone still unfamiliar with what it actually means, to put it plain and simple, an NFT refers to a unique digital asset that cannot be copied. Since no two NFTs are the same, it’s one of a kind. As digital assets, they function as valuable items that can be traded in the digital space and they are held in a digital or a cold storage hardware wallet the same way cryptocurrencies are.

Below are excerpts from Prestige Indonesia’s interview with Kevin Susanto as an NFTs enthusiast.

First and foremost, what kind of NFT projects or artworks do you usually like to buy?

Actually, it depends on whether the NFT is fully for investment or just for trading and to be flipped for profits. For the investment ones, it has to be the blue-chip NFT project, which is among top three, namely CyberKongz, Bored Ape Yacht Club (BAYC), and also CryptoPunks. For trading, we can see where the NFT project is going to be launched, and we can buy them at mint price. So, when the floor price is high, two or three times higher than the mint price, we can sell and trade it directly for profit.

Are there any particular NFTs in your current collection that you feel very connected to?

The first NFT that I really feel connected to is my Mutant Ape Yacht Club (MAYC), because that was my first blue-chip NFT purchase back in October. So, basically, that’s my identity. What I like about this monkey is that it was so clean compared to any other mutant ape, which is kind of scary. I like that one.

What are the things you consider before buying a new NFT project? Do you look at any specific metrics, developers, or signals?

When we buy an NFT project, obviously we already know if it’s a blue-chip project: It’s proven, the project is more than six months old, the price is stable, the community is already strong, and they also offer utility. However, for the ones that are going to be launched, usually I’ll look at the hype of the particular project. Does the project have good traction on Twitter? Are the teams behind it fully documented? What about the utility of the projec? Are they the first mover that can make the floor price when we mint it higher? Those are the things that I always consider before buying a new NFT project. 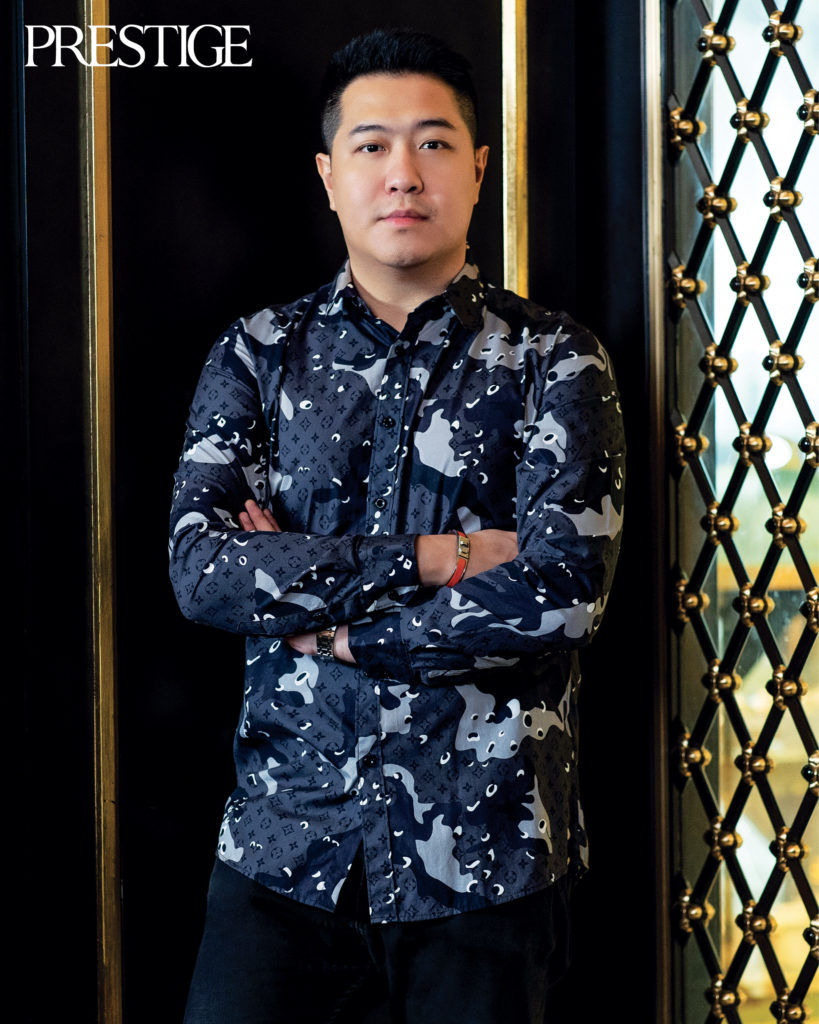 In your opinion, why are people paying so much for them? Why do you think NFTs have become so valuable in such a short space of time?

I think it’s because of its scarcity. Rarity, if you will. Take, for example, Bored Ape Yacht Club (BAYC). If they stated that their collection is only 10,000, then it’s only available at 10,000. It can’t be added to nor subtracted from. It’s also like intellectual property that’s based on supply and demand. If the people that have bought it and the community is happy at the same time, obviously, they’re going to keep it. And when they do that, the floor price will go up as well. So, why is it expensive? Because people know digitalization in assets is important.

And the best part is, in the world of NFT, you can create and sell whatever you want. You can sell pixelated art, 2D art, 3D art, a .gif, or something that can be moved like Invisible Friends – the current hyped NFT collection of 5,000 animated invisible characters. In this world, the trends growing rapidly. Every two or three weeks, there will be a new trend. So, if you’re an NFT enthusiast, you have to be agile to keep up.

Interestingly, there are many luxury and well-known brands that are now entering this ecosystem. What’s your thought about this?

Obviously, it’s good. Since Facebook announced its transformation into Meta, it basically changed the whole landscape. We see the likes of adidas collaborating with BAYC, Nike acquired RTFKT – which has proven already itself in terms of selling the NFTs – and then we also see Louis Vuitton and Gucci trying to be relevant by releasing their own NFTs.

Nowadays, many people want to buy NFTs for the sake of just being relevant. There are even celebrities who show off or flex their NFTs as profile pictures. This is a lot like the time when vouchers or membership cards were considered exclusive. And at present, those membership card come in the shape of NFT.

How would you describe the level of awareness and interest in NFTs among Indonesians?

In the beginning, I think Indonesians were not fully aware about NFTs, until the one in a million moment – Ghozali Everyday – happened. Everyone wondered how a simple selfie led to millions. I think that moment educated the market. Now people can sell art through NFTs. However, in order to know, understand, and make money out of it, you first have to learn. It needs time and dedication.

There’s ‘Cry’ in ‘Cryptocurrency,’ which means you have to be ready to cry if you’re greedy”

Let’s talk about Artivak, which is an NFT IP builder and aggregator company. What’s the story behind it?

So, after my friends and I successfully sold Avarik Saga, we created an NFT IP builder and aggregator company called Artivak to help out and partner up with projects that want to launch new or existing IPs into NFT or web3 space.

That’s why the people that are active in this project — including Nick Yudha, Brandon Salim, Jejouw, Benz Budiman, Michael Chrisyanto, Agatha Carolina, and myself — treat this like a proper start-up. Plus, we’re building the core team properly to support the sustainability of the projects.

What do you see as the biggest challenges to NFTs and cryptocurrencies in general?

One thing for sure, NFTs along with cryptocurrency are two classes of assets with high fluctuation. That being said, you should know this: There’s “Cry” in “Cryptocurrency,” which means you have to be ready to cry if you’re greedy. [Laughs]

So, you should only invest money that you’re really, really, really willing to lose. Don’t always believe what influencers are saying; do your own research, and make the decision based on your own risk assessments. Also, keep in mind that there’s new technologies every day. So, if you invest in cryptocurrencies, you might want to stick with the ones that have solid backers and are proven, so you can hold on to it for up to five years or more. And it’s basically the same with NFTs: Just flip your way until you get the blue-chip ones like CryptoPunks, BAYC, Cyberkongz. 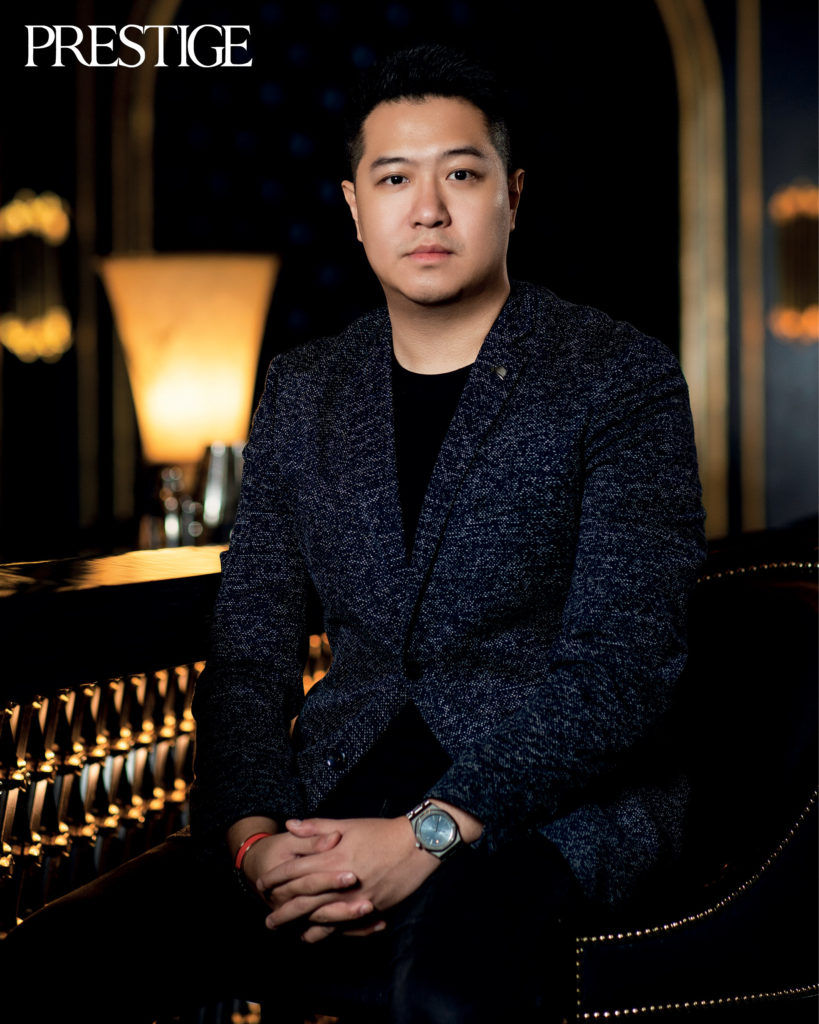 What advice and recommendations would you give to anyone trying to enter the world of NFTs?

The most important thing is to consider the team behind a project. Is it legit? Is it fully documented? Did they provide their background information? Who are the team’s advisors? What’s the utility and the roadmap for the future? And what’s the project? Do you really like the artwork?

Last but not least, how do you see the NFT space growing in the next few years and how do you think will this whole ecosystem evolve over time?

I can say that we’re still the early adopters in the world of NFT. It was like the first worldwide web era back in the ’90s. For instance, we already have the NFT, but the Sandbox game itself is still not launched yet. I think, in the web3 industry, the opportunity is still very, very big.