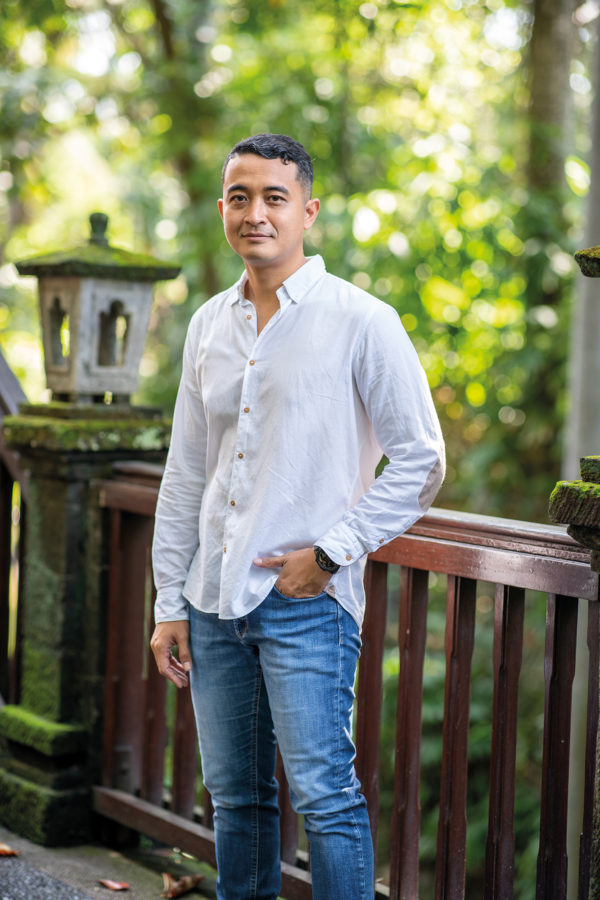 Taking care of animals has been a lifelong passion of Lesmana Putra. Since an early age, he has been introduced to pets and all sorts of living creatures. “I think it was back in 1999 when my father and I went to the Surabaya zoo,” Lesmana recalls. “That was my first memory going to zoos, feeding animals and watching how the keepers took care of their charges. My family loves animals.” Today, Lesmana Putra is best known as the man behind one of Indonesia’s most prominent zoological gardens: the Bali Zoo.

Built in 2020, Bali Zoo was the island’s first animal conservation site. Anak Agung Gde Putra, Lesmana’s father, owns the zoo and has taken care of it for years. In 2011, Lesmana took over management of the venue and initiated massive improvement projects to make the park more interactive, modern and accessible. Lesmana’s vision for the zoo is to present it as more than just an animal show, instead creating a comprehensive educational and entertainment experience. To that end he has minimised the cage-like atmosphere typically found in most zoos and, wherever possible, animals are allowed to roam freely and safely in their own spaces.

During Prestige’s visit to Bali Zoo, we were particularly fascinated by how Lesmana interacted with the animals. Amazingly, he knows every animal by name. While Bali Zoo was originally built by Lesmana’s father, he took to running the place like a natural. It wasn’t always like that, however. “It was a very difficult decision to replace my father. Because, to be honest, I had no experience in managing a zoo,” Lesmana recalled. “At that time, conditions were not as good they are now. We faced financial difficulties due to the Bali bombing. But I finally made the decision to just go with it and try my best. It took around two years before I was fully in control.”

Furthermore, while Lesmana was the one that transformed Bali Zoo into its current form, the park’s founding father was still close by. “During the transformation of the zoo, my father was always by my side to help me whenever I had questions or if I hesitated,” he points out. “It’s good to have him around helping me here even though we have our disagreements – which is normal.” What remains a challenge is keeping visitors and the zoo’s 450 animals happy. Bali Zoo is home to around 70 species from around the world. These include several endangered animals such as the silvery gibbon that is endemic to Java, the Sumatran tiger and the Javan pangolin. “Here at Bali Zoo, we have succeeded in breeding one pair of silvery gibbons,” Lesmana says of the site’s conservation aspect. “At the moment, they have produced five offspring and we have already released one of them into the rainforest in Java.”

Of course, animal welfare is something that Bali Zoo has always championed fervently. “If we want to make visitors happy, the animals must be happy, too,” Lesmana explains. “For animals whose activities include climbing and swinging from one tree to another, they have to be able to do that here. Animals whose lives depend on social interaction must have other animals inside their space. They must be able to breed as well, as it’s part of their natural behaviour to raise their own offspring. It’s very important for us to educate ourselves about their behaviour.”

As our visit to Bali Zoo neared its end, Lesmana offered Prestige a glimpse of the future. “Bali Zoo is building a huge exhibit called Savanna. It’s a new concept and it hopefully will set the standard for zoos in Indonesia,” he elaborates. “It’s an immersive exhibit without cages or bars, so that visitors and animals can interact with each other. It’s as if you’re going into the wild – into the savanna.”