IT Fashion Designer of the Year: Making Waves with Harry Halim

People & Events
IT Fashion Designer of the Year: Making Waves with Harry Halim
Share
Next article

This marks Prestige third chat with illustrious fashion designer Harry Halim this year, and it’s always fun – and enlightening – to catch up with him. With his internationally-acclaimed achievements, his constantly-evolving and refreshing vision, Halim keeps making waves in the fashion industry, making every conversation interesting.

These days, after launching HARRY HALIM Paris’s spring/summer 2022 collection titled SEDUCE&DESTROY, Halim has been working on his brand’s menswear collection and is now occupied with designing custom orders for private clients. When we met Halim for this interview, he showed us his latest creation for Billy Porter. “It is a suit-gown and a pair of trousers, with matching wedge Kitana boots,” Halim describes the new design which was custom made for the American actor and singer. “It’s such perfect timing. This new creation is going to be shipped to L.A. tomorrow.”

It is obvious that Halim’s magnificent creations are loved by many and his list of client now includes Hollywood celebrities. Many of them have been seen dressed in HARRY HALIM Paris in music videos, red carpet appearances, photoshoots and so on. Billy Porter, for one, has just released a music video where he wears mini blazer dress in red patent leather and Kitana 6” platform thigh high boots by – of course – HARRY HALIM Paris.

Seeing a celebrity of Billy Porter’s calibre loving his work, Halim is naturally ecstatic. “Of course, I am happy! In a way it shows that I pass their high standard of quality; that my brand is accepted by Hollywood celebrities. It is not easy competing with big brands that are already established but, hey, we are there,” he smiles. “Once again, Hollywood celebrity placement is not easy at all. You must be persistent and hustle your way in.”

Halim’s particular creation, the aforementioned Kitana boots, seem to be a celebrity favourite, including male celebrities from the aforementioned Billy Porter to Indonesian actor Jefri Nichol. So, what was the inspiration behind this impeccable creation? “I personally love to see women in heels, and I wear several Margiela tabi-heels, DIORHOMME by Hedi Slimane since back then. Every time I wear heels, I feel empowered. So, I thought, why not create genderless heels? Thus the Kitana was born,” Halim explains. “The name Kitana is from my favourite character in the video game Mortal Kombat. She always appears in thigh-high boots; she’s powerful and super badass, just like HARRY HALIM women.” 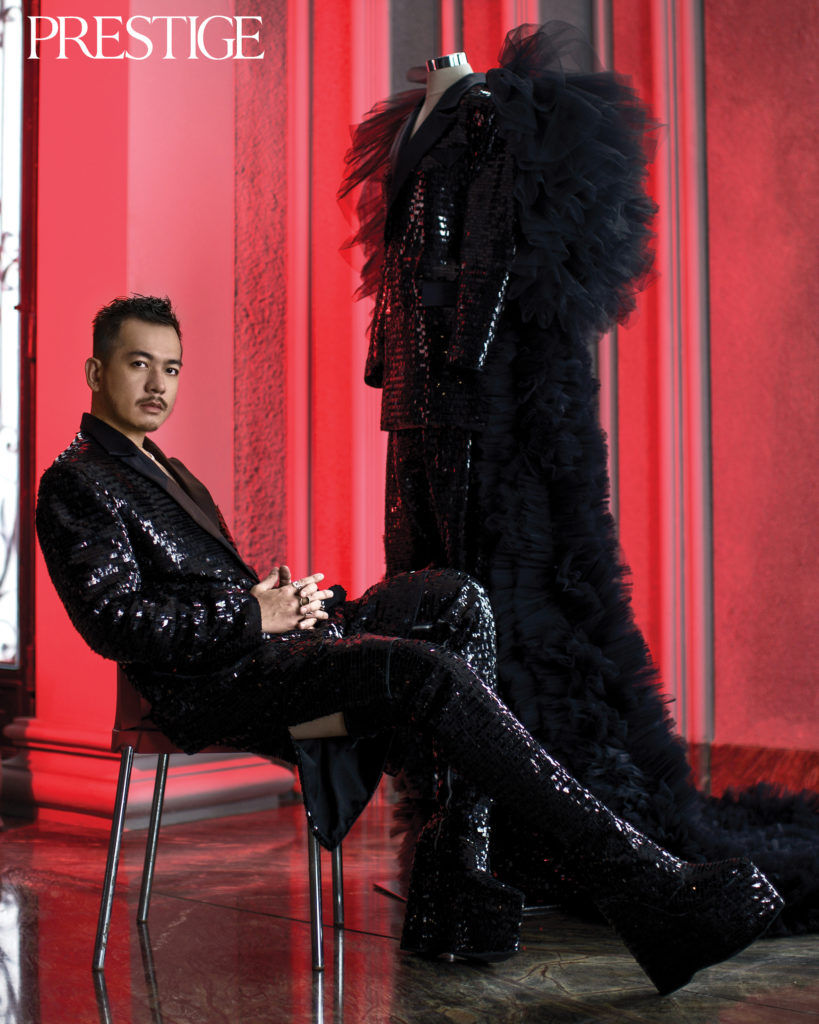 In our conversation back in September, Halim told us that he started wearing high-heeled boots 15 years ago and how he started his own shoe line two years ago. Now, Halim has more insight to share about branching into shoes. “Actually, I have been designing shoes for most of my collections to support the looks, because I often find it difficult getting the right shoes for a show. I started focusing on footwear after the lace-up Bratzboots platform heels – which were worn by Miley Cyrus in her music video Prisoner,” Halim recalls. “I created them back in 2017, and then they became highly sought-after since Miley wore them in November 2020. And the Bratzboots were selling like hot cakes – mostly from overseas clients.”

The Kitana high-heeled boots were also present in the aforementioned SEDUCE&DESTROY collection. Several months ago, Halim shared with us the idea of making the collection genderless and how in the collection’s show, Halim famously had male models wearing the Kitana boots on the runway. Halim mentioned that the male models still looked very masculine. Elaborating on that part, Halim points out: “I love challenges, but genderless fashion is not a new thing in the fashion world. There has been a movement. We see many women wearing tuxedos or suits as normal day-to-day outfits, but once we see men wearing kilts or heels, we judge that they are queer. So, we really must see it with an open mind.”

With the SEDUCE&DESTROY collection, Halim wants people to express themselves without fear of judgement. “To me, masculinity is not defined by what you wear,” he elaborates further. “Masculinity is a term referring to the social roles expected of a man. In today’s world, a man who is masculine is a man who is responsible – who loves, honours and provides for his family and his surroundings. True masculinity is not determined by how much physical strength or muscles that a man has, but rather the strength of his character.” 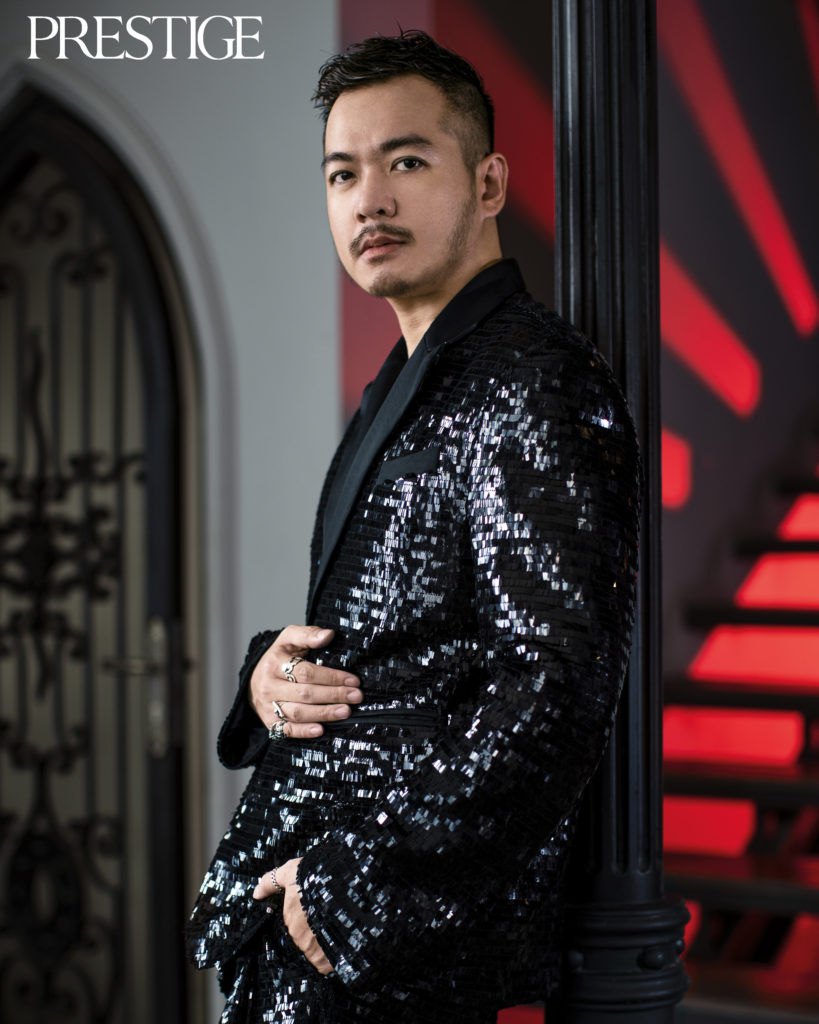 And for Halim himself, what can we expect coming from him in the near future? “I have been working with the Ministry of Tourism and Creative Economy and Fashion Division in mentoring young Indonesian designers as part of a ‘Road to Paris Fashion Week 2022’ initiative,” he announces. And as if it isn’t exciting enough, Halim is also coming up with something that he had always wanted to do: a reality show.