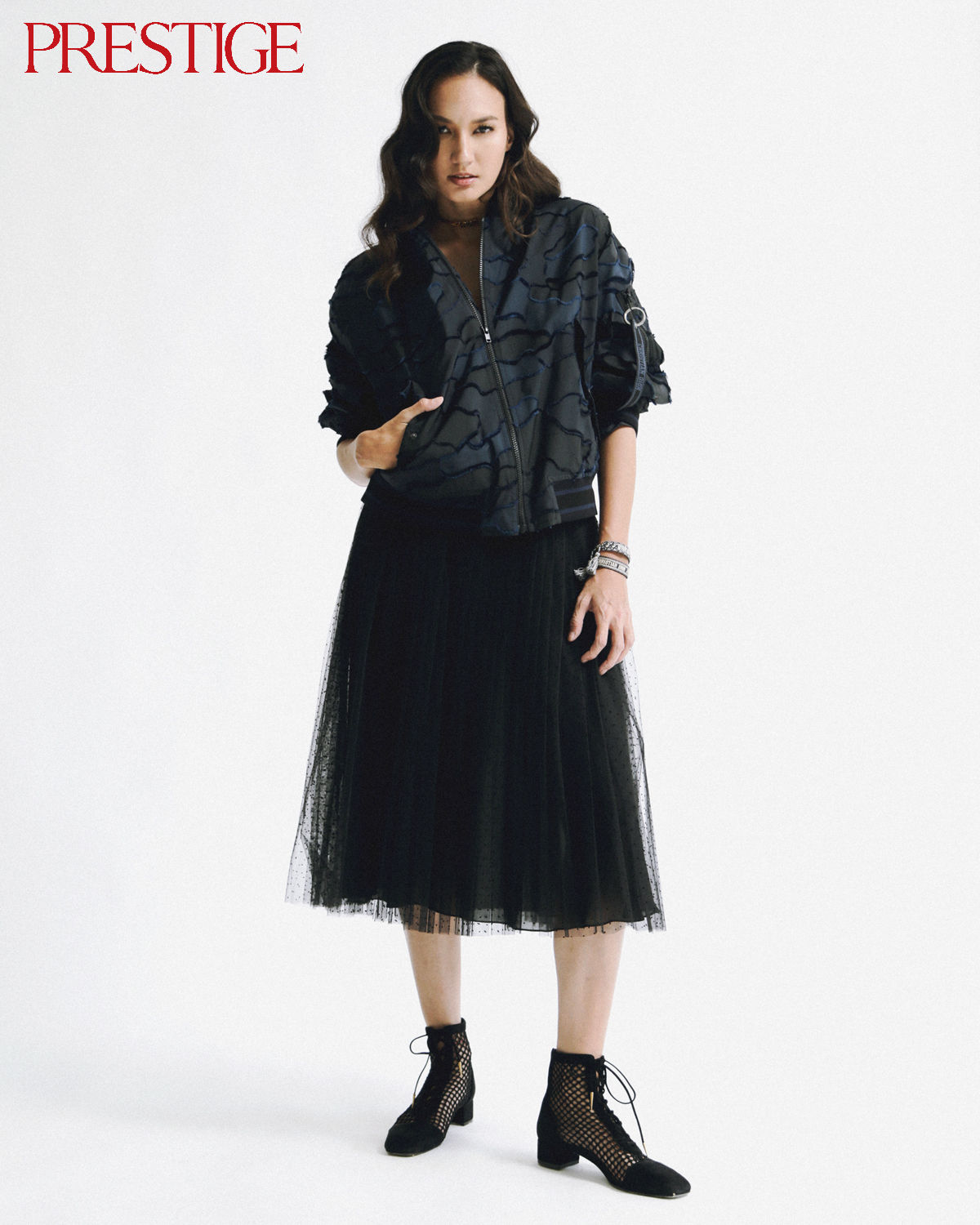 When talking about environmentalist figures in Indonesia, Nadine Chandrawinata has become one of the foremost names that come to mind. When she was crowned Putri Indonesia in 2005, she acknowledged that the title and new role as a public figure could help her bring about meaningful change for the lives of many people. Immediately following her historic win, she began actively advocating on a number of environmental issues on various forums, and she has never looked back.

Currently, Nadine is busy in her role as the founder and Executive Director of SeaSoldier, an environmental movement focusing on self-action. “This year will be our fifth year,” she begins. “And like with raising a child, we have to be prepared for the bigger responsibilities as we are already established in 14 cities across Indonesia.” Founded in 2015, SeaSoldier aims to spread the eco-friendly lifestyle by using social media as its main platform. “Everyone is welcome to contribute by posting their eco-friendly activities then mentioning our Instagram handle and hashtag,” Nadine offers.

When asked what inspired her movement, Nadine, who was born in Hannover, Germany, 35 years ago, simply says: “Indonesia. The people that I met when I’m travelling.” Then she started elaborating on Sea Soldier’s history. “It started from a braided bracelet that represents our spirit as a community. Red and white is a nod to the nation’s flag, blue refers to Indonesia as an archipelago and gold symbolises the glory we want to reach,” Nadine goes on.

“Another story comes from my travelling days from 2005 when I was working as a TV show host until three years ago when I got married. In my journeys, I saw that we are rich in natural resources. From Sabang to Merauke we are blessed with amazing biodiversity and unique cultures. But sometimes, we tend to take things for granted and end up neglecting what nature has given to us. As humans, we only live on this Earth for a brief moment and we won’t leave anything behind other than our legacy. I think that in order to leave the Earth in better condition so that the next generation can experience what we had during life, it is our obligation to do something meaningful.”

“Usually, when I’m travelling, I bring several friends along to help me with documentation. Then I would contact the local government and do a presentation to convince them that we have to do something together to preserve the area because it is an asset, both for tourism and to empower local people. I’m also pretty hands-on as a trainer, but as much as things changed, they didn’t last long and people would go back to their old habits. And I realised that whatever I do, I’ll forever be a stranger in the communities I went to. It has to be someone local that drives the people.”

As it happens, people from different regions eventually came to her and joined SeaSoldier to share their creative ideas to engage more people in various environmental issues, both regional and national. “I made a four-pillar programme that starts with planting – anything from houseplants to crops. This is an early stage where children can start to learn about the nature. We also focus on waste management and collaborate with small shops to educate people on the importance of separating waste. It can be as simple as differentiating between organic and non-organic waste. Then mangrove, because it has a vital role in protecting our coastlines from abrasion. And lastly is the travelling dolphin circus, which we’ve been fighting against for years before the government finally agreed to stop issuing permits for. The practice is very cruel and Indonesia is the last country in the world that still has it. That was a major win for us as environmental activists.”

For sure, the ocean holds special meaning for SeaSoldier; but it goes beyond that as Nadine, who is married to actor Dimas Anggara, has an interesting perspective on the environment; mainly, how it is an interconnected system. “Just like how water flows from high to low, whatever we do ends up in the sea,” she explains. “By starting with changing our lifestyles and becoming more conscious about the environment, we will eventually help protect the sea.”

It wasn’t easy for Nadine and SeaSoldier to get where they are today. During the latter’s early years, it was hard to get people to join. “But I just went with it and never gave up,” Nadine recollects. “Then I decided to speak through action. I called on everyone who share the same vision as me and who wants to make change. Through beach cleanings to workshops and parades, people started to notice our presence and gradually started taking part in the movement.”

From the winner of a national beauty pageant to an environmental activist creating real change for many, the long journey has also shaped Nadine’s perspective on the role of women. “I think that no matter who you are, you can be whatever you want to be. Especially in this modern era, the roles of men and women have become very fluid. I’m proud that I managed to persevere and show the world what I wanted to achieve. As women, we are blessed in that we can be strong yet tender at the same time. And we can use that to run the world.”

Get your e-copy of the magazine via Gramedia, Magzter, or Press Reader. If you are a loyal hard copy magazine reader, you can grab it from the nearest bookstores: Gramedia, Kinokuniya, and Periplus.

MAKE UP & HAIR BY FIRDA JEAN