November 2022 Cover Story: From The Ground Up with Linda Tan

People & Events
November 2022 Cover Story: From The Ground Up with Linda Tan
Share
Next article

In her third appearance on Prestige Indonesia’s cover, Linda Tan shares about her professional journey with Sandimas Group, her leadership style, and her passion for travel

The third time’s a charm, the saying goes. This rings especially true when the first two occasions were charming  as well. That’s why we were quite happy for the opportunity to once again welcome Linda Tan to the magazine’s cover. A loving mother, a CEO of a leading company, an ardent traveller, and a passionate foodie, Linda is a veritable treasure trove of inspirational and aspirational stories.

One of the roles most people would know her for, however, would be that of CEO at Sandimas Group. Established in 1987, the company started as a supplier of ceramic floor tiles for small retail outlets, and eventually grew into the leading distributor of building materials in the country. Today, Sandimas Group is present in all major cities in Indonesia, employing over 500 people across major economic centres including Jakarta, Surabaya and Bandung, all the way to Bangka, Bali, Makassar, Samarinda and more.

“My journey at Sandimas Group began in the year 2000, when I started as an entry level procurement staff,” Linda reminisces. “After a few years, I was promoted to Procurement Manager, and then Procurement Director. In 2012 I was appointed Managing Director and took up more responsibilities. I was appointed as CEO in 2016.”

She then adds: “I built my career from the bottom of the ladder. Learning from the ground up gave me a better understanding of how the company operates on the most basic level.” Today, Linda oversees the company’s overall operations, from delegating and directing agenda, driving profitability and developing strategies, to setting the company’s vision, mission and corporate culture.

No less interesting is Linda’s leadership style, which she describes as a combination of being authoritative and democratic. “I’m authoritative in that I map out the way and set expectations while engaging with my employees, but I also ask for their opinions and share information,” she elaborates. “I want my people to do what I want to be done, but in the way that they want to do it, as long as the goal is accomplished.” Being a logical person by nature, Linda relishes a good challenge and considers herself a good decision maker. To that end, however, she doesn’t hesitate in admitting any mistakes she might make and to credit the accomplishments of her staff. On the latter, she says: “That way, he or she can grow and be the best at what they do, and I can grow too from learning from someone who is actually better at doing it from me.”

“I built my career from the bottom of the ladder. Learning from the ground up gave me a better understanding of how the company operates on the most basic level”

Unsurprisingly, Linda’s competency as a leader has been recognized on various occasion. Case in point: She was selected as one of the speakers on women entrepreneurship at the 2019 edition of Wealth Wisdom, a two-day annual event by Permata Bank featuring prominent businesspeople, government officials and young entrepreneurs. More recently, she was selected by SWA Publishing to be featured in a book titled Lead With Compassion, which features outstanding women in leadership positions. “But what I am most proud and grateful for,” Linda adds, “is that I have strong, resilient teams in the company to support me during times of crisis.”

Indeed, while the property, construction and building material industry avoided the brunt of the pandemic’s economic impact, Sandimas Group did experience a sharp drop in revenue, especially during those periods of time when total lockdowns were enacted. On the flip side, as the tightest of restrictions were limited to Java, the company could maintain revenue streams from operations on other islands.

Today, Sandimas Group is maintaining a steady growth rate, thanks in no small part – it’s safe to say – to its CEO. How about tomorrow? “Based on our surveys, high-rise buildings took a dip during the pandemic, as a lot of construction were put on hold,” Linda points out. “However, residential and housing developments actually thrived. So, we are still optimistic about the growth rate for the building material industry in the near future. Taking into consideration a possible global economy recession in 2023, however, we will expand our business with due caution.”

On a more personal note, Linda found life during a global health crisis to be challenging as one does, but she’s also grateful for the time she could spend with her family. “During the lockdowns, time was all I had, so I tried my hand at cooking and baking. I would try impractical recipes that took hours to prepare just to pass the time. Dinner at the time would be these elaborate, three-course, homemade meals as preparing those kept me busy,” she recalls. “Most importantly, however, we got to enjoy dinner at home every night. Apparently, it takes a pandemic for all of us to slow down and rearrange our priorities.”

Of course, as the world has taken a strong turn towards normality, travelling once again became a priority for Linda. At the time of this photo shoot and interview, for instance, she has just returned from London for a trip with her children during their term break. “I started traveling six months after the pandemic,” Linda shares enthusiastically. “We drove to Bali by car because we weren’t sure if it was safe to fly. Right after PCR test were introduced, however, we felt safe to fly again. So, we went to the U.S., visited technology was invented, we thought it was safe to start flying. We went to the U.S. and visited Yellowstone National Park to avoid the crowds and indoor areas. I have to say that the spectacular views of mountains and lakes, and breathing clean air without worrying about COVID in the great outdoors was truly rejuvenating for mind, body and soul.”

“Apparently, it takes a pandemic for all of us to slow down and rearrange our priorities.”

And earlier this year, Linda visited a number of European cities, including Paris, Lisbon, Porto, Bilbao and San Sebastián. The last one was a particularly notable stop, as the Spanish town is known for its food – and Linda is known as a passionate foodie. “We ate in some of the best restaurants in San Sebastián such as Arzak, Azurmendi which is a three Michelin starred novelty gastronomic experience, Martin Berasategui and Asador Etxebarri, which is currently ranked third in The World’s 50 Best Restaurants list,” she happily reminisces.

Looking ahead, Linda has plans to visit Puglia and Sicily, go skiing at Portes du Soleil, take her children on a safari to Namibia, and more. It would seem she’s also ready for more adventurous excursions. “I summitted Mt. Kilimanjaro – one of the Seven Summits – back in 2009,” she shares. “I wish that I can take on another one of the seven this year. I miss the adrenaline rush of doing mountain expeditions.”

All that being said, Linda also cherishes her newfound love for hearth and home. “The past two years have shown me the importance of cherishing the people around me,” she exclaims. “So, I hope to spend more quality time with friends and family.”

Doing an interview with Linda Tan feels almost like cheating. There are so many sides to her, all equally interesting in their own way. From Linda Tan the CEO we can dig up so many inspiring success stories along with insight into the world of construction and building materials; from Linda Tan the explorer and gourmet we can learn so much about the wonders of the world and ideas for our own travels; and from Linda Tan the mother we gain a new appreciation for the joys of family. 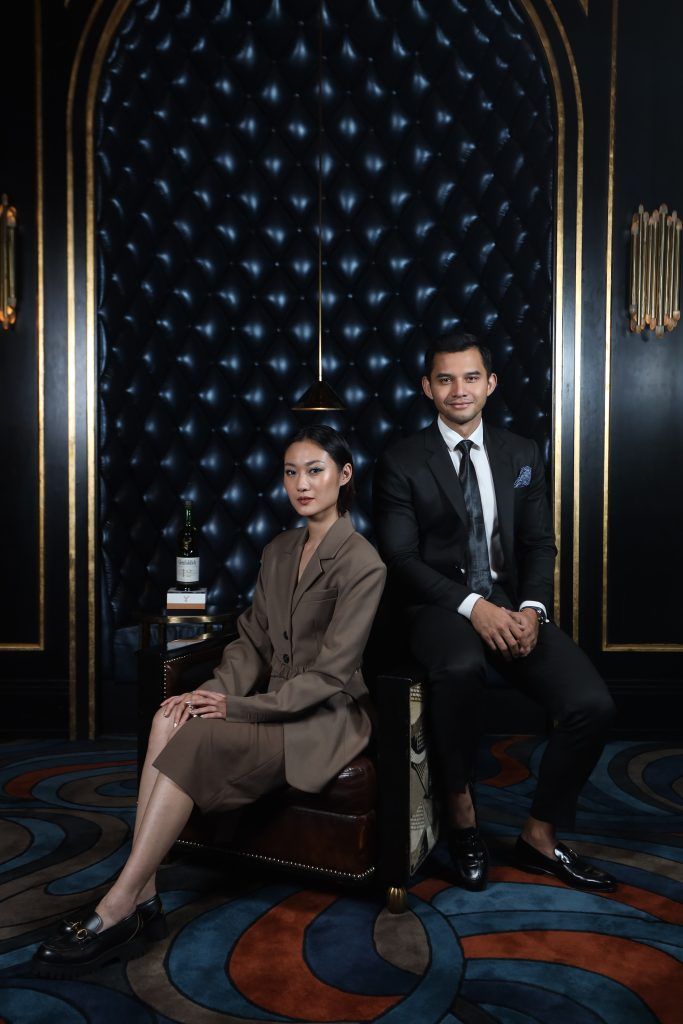