In this collaborative feature with Dior, Prestige Indonesia touches base once again with Marsha Timothy to catch up and learn a bit about her part in the reinventing a legendary Indonesian TV show for the big screen

As much as Marsha Timothy loves her work in the film industry, she also loves watching films, especially on the big screen. “I’m the kind of person that can’t watch movies at home,” she shares. “There are people who, after they come home, they simply have to watch TV, right? Well, I’m the opposite. So, if I want to watch a movie, I go to the cinema. It’s always fun, and afterwards or before, you can, you know, get a coffee or grab a bite.”

Interestingly, since mid-September, quite a lot of people are going to the cinemas to see Marsha’s latest film, Noktah Merah Perkawinan. For anyone unfamiliar with the title, this film is a romantic drama based on a famous sinetron or soap opera from the ’90s. “From 1996 until 1998, Noktah Merah Perkawinan ran on TV as one of the very first sinetrons. At the time, it aired weekly, compared to daily for many of today’s series. So, creating the show took quite a lot of time, with one episode sometimes being shot over five to six days,” Marsha explains, while noting how she learned much about the original TV series from fellow cast member Ayu Azhari. In this 2022 movie version of Noktah Merah Perkawinan, Marsha plays as Ambarwati – role played by Ayu in the 1996 sinetron. The latter plays a minor part in the movie.

Nostalgia aside, the new Noktah Merah Perkawinan is a story firmly set in today’s world. “It’s more modern and made to really resonate with a contemporary audience,” Marsha points out. She also notes that she’s extremely pleased with how the movie turned out to be a really nuanced work. “We’re very happy to have worked with a young director, Sabrina Rochelle Kalangie, who really has an eye for detail and knows exactly what she wants,” Marsha elaborates. “And in dealing with a story about a third person in a relationship, no character is put in a corner – nobody is made to appear more wrong or more right. So, the film attempts to open our minds to the fact that everybody has their own problems to deal with, and that we have no right to judge what befalls others.”

Of course, there’s also a moral to the story which – once again – is dealt with in a very nuanced and grounded way. “I’m glad that in portraying marital relationships, in portraying families, we can talk about communication – how it is important and that building strong communication takes more than simply saying that it’s important,” Marsha continues.

Perhaps Marsha and the rest of the cast also felt particularly proud of Noktah Merah Perkawinan as production of the movie wasn’t exactly easy. The movie was shot during the height of the pandemic. And besides having to deal with a ton of restrictions that since have been lifted, Marsha’s experience also included dealing with one of the generally lesser-appreciated hurdles of filmmaking: movie scenes are very rarely shot in sequence. “We had to do a scene which was actually close to the climax of the story – but we had to take it during the first week of shooting,” Marsha recalls. “We had to do a scene where emotions were at their highest, but it was within the first three or four days of shooting. Of course, it was due to the logistics of shooting on location, but it was pretty surprising. Usually, during the first week we would do lighter scenes, and only after we really ‘get’ the emotions do we do those kinds of ‘heavy’ scenes.”

“The film attempts to open our minds to the fact that everybody has their own problems to deal with, and that we have no right to judge what befalls others”

Being a seasoned actor with dozens of roles – and quite a few awards – to her name, Marsha is no stranger to dealing with these kinds of challenges. That being said, Indonesian filmgoers will soon see her tackle a relatively new challenge. This October, another one of Marsha’s films will hit theatres. Specifically, it’s a movie titled Qodrat – a horror flick.

“This is only the second time I’ve played in a horror film. The script was sent several years ago, before the pandemic. But I’ve always been interested in it and the story has been amazing since the beginning,” Marsha explains, noting that that’s probably as much as she can talk about the film for now. But as excited as she is about playing in Qodrat, Marsha is apparently not a fan of watching horror flicks.

“Actually, I’m not a horror fan; I’m very easily frightened,” she confesses. Still, she apparently finds it easier to act out scary scenes than actually watching them. It certainly helps that one of her co-stars in Qodrat is none other than her husband, Vino G. Bastion, who is set to appear in at least half a dozen films in the near future.

As the conversation touched on the extent of her career, Marsha relays how deeply her passion for filmmaking runs. “I love my job, I love acting, I love being in this industry,” she says. “When I’m asked about what I consider to be my biggest achievements, it’s the fact that I’m still here; that I’m still entrusted to play these roles in Indonesian films.” In fact, she sees acting as her hobby and considers working as her “me time.”

Ultimately, Marsha Timothy’s success is the result of this passion, as well as a willingness to learn. “Don’t be quick to feel satisfied about yourself,” she advises younger actors. “Keep sharpening your skills; never feel too comfortable with where you are. Keep challenging yourselves, do different things – do better things! It all boils down to a willingness to learn. There’s no end point to acting, really.” That’s certainly the kind of drive one would expect from an actress whose talent has been acknowledged both at home and abroad. Marsha’s performance in the 2017 thriller Marlina, Si Pembunuh dalam Empat Babak, for one, earned her six awards, two of them from international film festivals.

Once the cameras stop rolling and the set is closed off, however, Marsha fully embraces her role as a mother. “When my work’s done, what matters most is, of course, my daughter’s happiness,” she says, “and I want to spend as much time with her as possible.” As her daughter turns nine, Marsha increasingly feels the need to be there for her. “When I’m not working, I’m 100-percent focused on her, on my family,” she continues. “For instance, during holidays, I can only think about where I would like to take her.”

Earlier in our conversation, as we were still talking about Noktah Merah Perkawinan, Marsha touched on how she hoped the film would affect audiences. “I hope that people would come out of the movie theatre with memories, with a new perspective, an open mind that is less selfish. I hope that the impression they gained from the movie will stay with them.” In taking part in the revival of a legend in Indonesia’s film industry, Marsha Timothy might have done quite a bit more than simply entertain a crowd – she might also help enlighten a new generation. 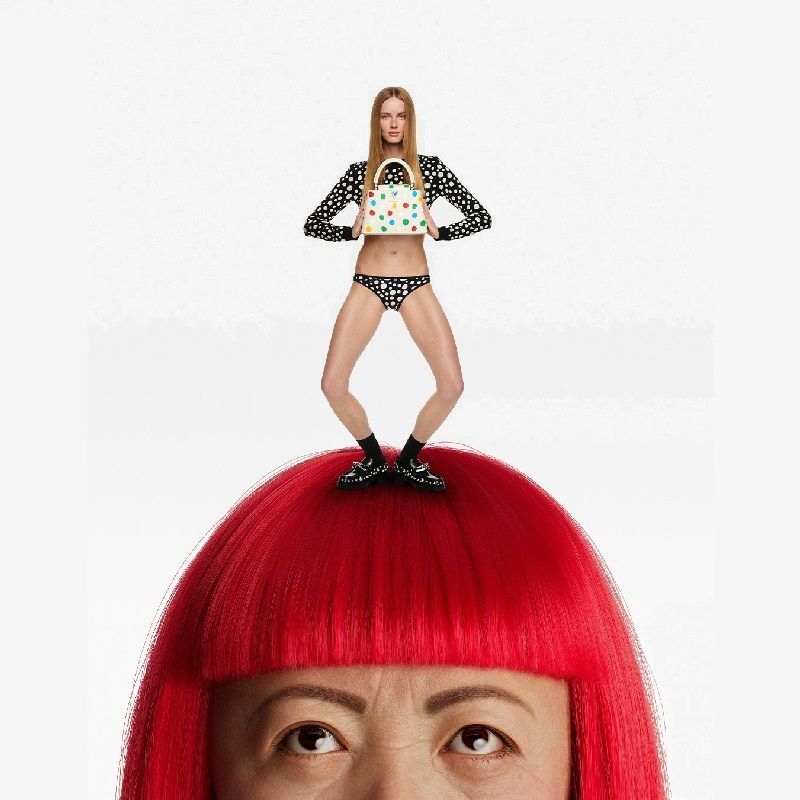