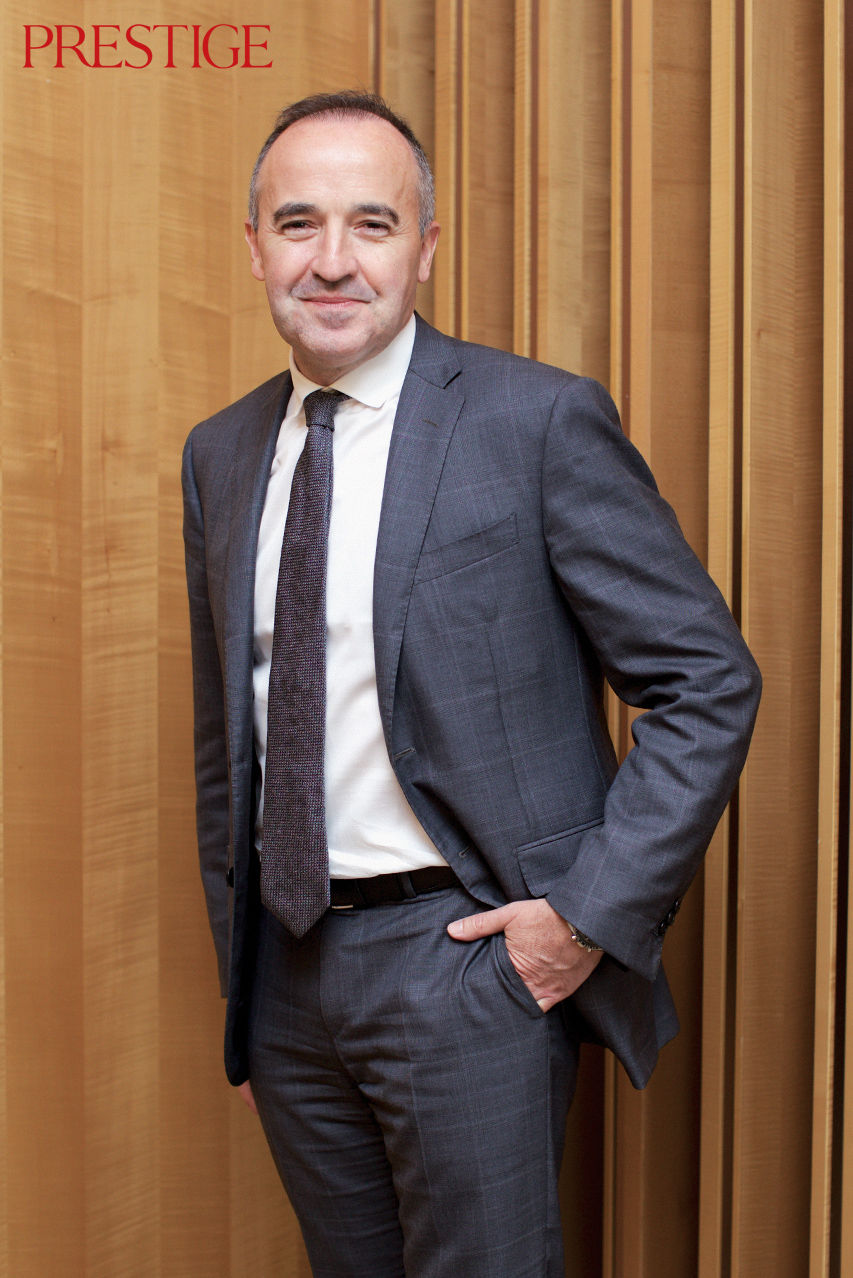 “We endorse a moderate drinking lifestyle,” says Philippe Guettat, Chairman and CEO of Pernod Ricard Asia, of his company’s promotion of brands like Martell, Absolut and The Glenlivet in the Indonesian market. Chris Hanrahan reports.

This may sound a bit crazy, but the regional boss of the world’s No. 2 premium alcoholic beverages firm wants his customers to drink less. Committed as it is to promoting responsible drinking, says Philippe Guettat, the Hong Kong-based Chairman and CEO, Pernod Ricard Asia focuses on brand upscaling or “premiumisation” of the market.

“The idea is to encourage the public to drink less overall, while at the same time they are buying more of the upscale products and brands that we have in our portfolio,” Hong Kong-based Guettat told Prestige during a visit to Jakarta in June. Pernod Ricard, he went on, sets out to create value by offering affluent individuals and the emerging middle class “authentic” brands like Martell cognac, Absolut vodka, Chivas Regal Scotch, The Glenlivet single malt and Jameson Irish whiskey. Each of these brands has a proud history (none more so than Martell, founded just over 300 years ago) and an interesting story to tell.
All over the world, hardly a month seems to go by without the publication of a new scientific report bemoaning the impact on the public’s health of consuming alcohol – and drinks companies are certainly feeling the pressure. At Pernod Ricard since Alexandre Ricard, one of the grandsons of distiller and Pernod Ricard founder Paul Ricard, became CEO in 2015, the mantra has been: “Be smart: have a little less, feel a lot better.”

“The idea is that our brands should be enjoyed with friends in a convivial atmosphere, and that there is no conviviality without moderation,” Guettat said. “We make our drinks with great care, enjoy them the same way: this is all about smart drinking. We endorse a moderate drinking lifestyle.”

The third of the United Nations Development Programme’s Sustainable Development Goals is “good health and well-being”. In support of this objective, Pernod Ricard has created The Smart Barometer website to share its contribution to commitments on responsible drinking. Five pledges have been made by industry leaders, including reducing underage drinking, providing consumer information and developing responsible product innovation. Each action comes with key performance indicators to be monitored locally, regionally and globally.

On the situation here, Guettat said: “The Indonesian market has a lot of potential to be sure, but we have to be attentive to the conditions here. We are targeting middle class people who choose to drink and tourists. The growing tourism market is an attractive one. These people have aspirations to enjoy a modern lifestyle. They’re interested in quality brands and products. So we are bringing in brands at the right price points and with the right images.”

Guettat knows his territory extremely well. He has been with Pernod Ricard for 28 years. He is a member of the company’s Executive Committee, and was Chairman and CEO of Martell Mumm Perrier-Jouët before taking up his current post in 2015. Earlier, he had a seven-year stint in China, where he looked after Absolut, Chivas, Martell and G.H. Mumm.

Pernod Ricard’s overriding ambition is to become the world’s top premium alcohol company by overtaking Diageo, the current market leader. Guettat says Alexandre Ricard has gone about this by decentralising and delayering the company, reducing the span of control and empowering local managers.

“The key decisions here are made by Edhi Sumadi (Managing Director of Pernod Ricard Indonesia),” said Guettat. “To succeed in today’s competitive and constantly changing market, we must have hands-on managers and be operationally driven. This forces each of us to be close to the consumer. Each of us fights every day to ensure that this principle remains true and active.

“There’s no better way to rally our deeply committed 19,000-plus staff worldwide than to have a strong vision of becoming number one in the industry. The strategy is to be consumer centric in everything we do. Customer loyalty in the digital age is even thinner than it used to be. For us, it’s all about being together and sharing great times with people we like and with new friends. It’s about creating exceptional moments of conviviality around exceptional brands.”