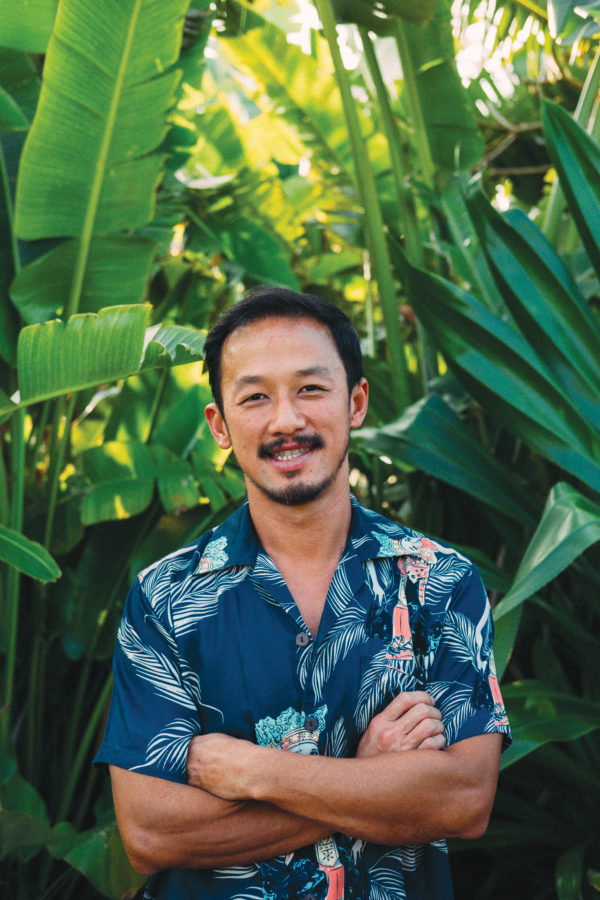 When young Indonesian entrepreneur Ronald Akili returned to his native Jakarta after 13 years in Hawaii, he was a man on a mission. “Back then, there was so little exposure of Indonesian contemporary art and architecture, or even Indonesian food, on the global stage. So the first thing I wanted to do was to put Indonesia on the map.”

Indeed, a twin commitment to craftsmanship and a zero-waste philosophy inform every aspect of the interior design. OMA cast the textured concrete walls in molds of reclaimed wood to suggest brickwork, and Toogood’s wall hangings—along with the carpets, bed runners, and throws—were naturally dyed and handwoven at the rural workshop of Tarum Bali, an hour’s drive away. Various zero-waste items, like the tissue boxes and soap dispensers in each room, came courtesy of the brand’s own Sustainism Lab. These were created with a mixture of Styrofoam, oyster shells, plastic bottles and caps, and powdered limestone in a space just off The Womb, a woven bamboo tunnel by Balinese artist Nano Uhero that serves as an entryway to the Desa and a zero-waste gallery. 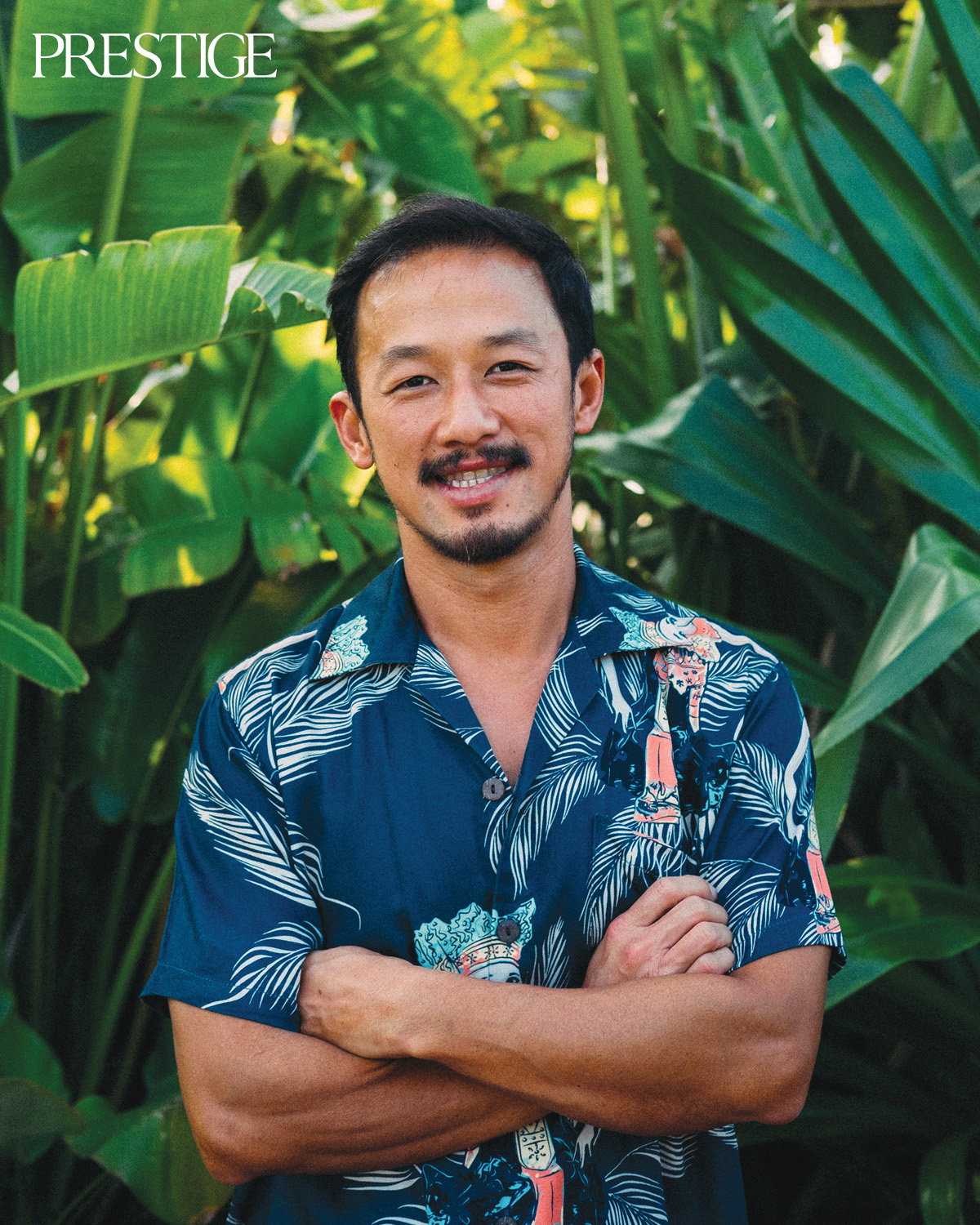 Taken together, The Womb and Sustainism Lab help to raise environmental awareness among visitors and guests of all ages. Hands-on workshops at the lab will soon become a regular feature of the Kids’ Club, and the coming months will see the opening of a bamboo-built playground, partially covered in flip-flops collected on beach cleanups around the island. In a sense, waste is literally embedded into the Studios: ceilings throughout the building’s public areas are woven from 1.7 tons of recycled plastic, while the walls owe their reddish-brown hue to broken bricks left over from Katamama’s construction, which were pulverized and mixed in with wet concrete.

Through Tanaman, Akili hopes to inspire people to eat more sustainably without being preachy. “We’re not saying, “Oh, you have to be vegan or you’re a bad person.” But what we’re doing is making very delicious food that just so happens to be plant-based.” He tasked executive chef Wayan Kresna Yasa to come up with a refined and progressive expression of the comfort food typically found in family kitchens and street-side stalls across the country, while staying true to its home-cooked flavors. Like Kaum, the brand’s pan-Indonesian restaurants in Bali, Jakarta, and Hong Kong, Tanaman doesn’t compromise on authenticity. “The last thing I want as an Indonesian,” Akili adds, “is to create a bastardized version of Indonesian food and make that go global.”

A multicourse dinner here opens with snacks like an inspired take on the Sundanese fried dumplings known as batagor, whose fillings swap out fish for field mushrooms. Some Indonesian diners have remarked that the soup course of sayur bening—spinach and corn boiled with fingerroot in a shiitake-based stock—conjures up their grandmother’s cooking.