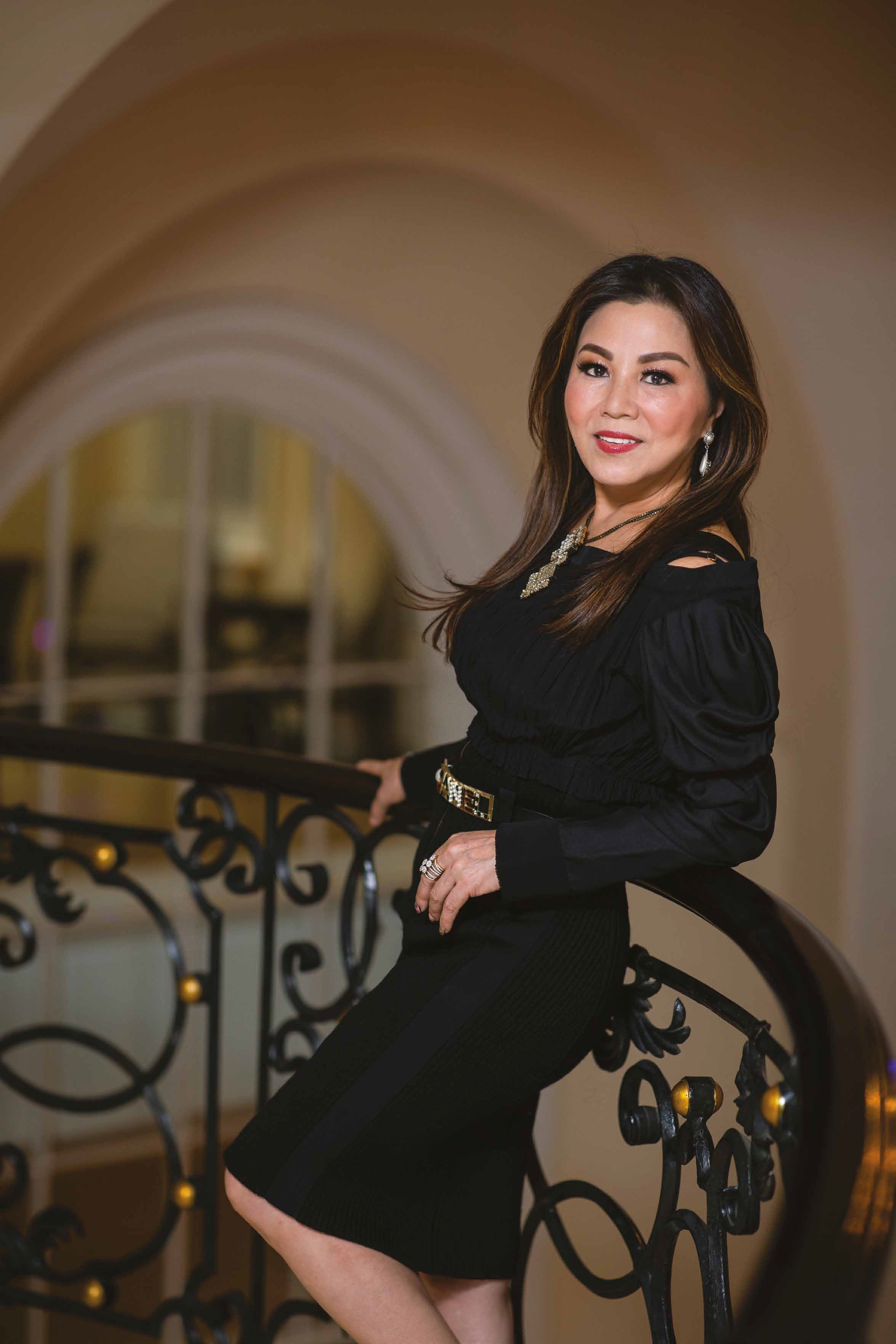 Susanti Tio sat down with Prestige for a chat about her life, her work in the male-dominated mining industry and how she finds peace through it all.

It was over a dinner one night sometime in 2004 or 2005 when Susanti Tio discovered an interest in the mining and trading industry. As a small-scale trader she started off dealing in iron ore. She was then introduced to one of the big players who worked the ore out of Banjarmasin, South Kalimantan, and he slowly persuaded her to work with him. She hesitated at first, as trading on such a scale was entirely new to her. “Mr. Gouw has a mine in Kuantan and he also does trading. It was rather confusing to me at first and I was a little bit scared. But he told me that we could work our way and fight together,” Susanti explains when we sat down to talk about her life and business one fine afternoon at a five-star hotel in South Jakarta.

Then came the work. One small-sized vessel was all that she could handle as she did not want to deal with the high risk of sending bigger ships. Over the years, Susanti oversaw every step of the process, learned everything she could and finally became confident in trading. Two to three vessels a month became quite easy, and even four was manageable if they were feeling exceptionally good. People started to notice her and slowly began asking her to trade on their behalf as well.

In 2007, her friend Mr. Gouw told her that she should move to trade coal instead, “He predicted that after the 2008 Beijing Olympics prices for iron ore would drop by at least 50 percent. Then he suggested that we should learn about coal and maybe also do some coal trading before everything becomes chaotic,” she explains of her big turning point in the industry.

Months later they started trading in coal. Even with her experience, people would still cheat her. “The industry is quite unbelievable. People would lie and cheat on you to get money. Even claiming coal shipments that aren’t theirs! Even after we managed to secure our own permits (SPK) and installed our own equipment, we weren’t free from people who would dupe us,” Susanti insists.

“But we persisted and followed through. We learned to work smarter, not just harder. Then we finally met some good people through the Department of Energy and Mineral Resources,” she continues. “These people actually have Mining Business Licences (IUP) and we convinced them to work with us as one of their owners was leaving for another city.” At the end of the day, her hard work paid off, she gained the trust of her peers and settled in for good in the coal industry.

“To be honest, I don’t really want to feel satisfied with everything I have achieved right now,” she points out. “This industry is known to be quite unpredictable. Sometimes prices go up, sometimes they go down. And it’s not just prices that are constantly changing, but also rules and regulations. All of it affects everyone working there.”

Beyond the part of her life in the mining industry, her name also resonates with high profile socialites in Jakarta. When she was growing up, her parents instilled in her the values of being mindful of others and hard work. “My priority has always been work and family. On weekdays I spend my days working or maybe going to Kalimantan to oversee mining operations. If I have a clear schedule, even if it’s just for a couple of hours, I would sometimes spend it to go out with my dear friends. But to me, work is the number one priority.”

What about family? “My time with them is in the weekends. We all have busy schedules—my children with their work and my grandchildren with their school and extra-curricular activities. I often go home really late and I can’t see them, so the weekends are the best time to meet them. I like to spend my time and play with my grandchildren. They are all adorable and I love them so much.”

Growing up in a hardworking family, Susanti is always up for new challenges and the ups and downs of life. She admits that she likes a job with a challenge as it always livens her up. Even when others tell her to quit the industry as it is can be very difficult, she persists. “I’m a curious person. When I was a kid, I was always told by my parents to not easily give up, that life always give you challenges and to always think positively—about yourself and others. Maybe that’s why I managed to survive in an industry as ruthless as coal and mining. My friends and family often ask me why I won’t just switch to another business, something less risky. Over and over I told them that this is what I like to do and that I wouldn’t stop just because of the problems I have to face.

“Even after everything I have experienced, the lies and the manipulations, there are many good people there. In Banjarmasin, I’ve never felt in danger. The people there are very kind. And sometimes it really depends on how you behave and talk as well. Being lied to, yes, that happens often, but I’ve always felt safe there, no matter how many people think it’s dangerous there.”

Charity is another thing she’s passionate about. As she works in rural and underdeveloped areas, she likes to connect with the locals and try to help them as much as she can. “We are trying to help improve their welfare and the village’s economy. There are a lot people who work in our mine and we are grateful for that. In return, of course, we give back to them. We helped build bridges, a school, even a mosque. I’m a Catholic and my belief teaches me to be kind to each other, even those following different beliefs,” she says with a smile. Other charitable works she has done with her friends include building a school in Lombok following the earthquake that hit the island earlier this year.

As the interview came to an end, Susanti reveals what she considers one of her biggest achievements — making her family proud of her work, especially in a male-dominated industry. She also told us that currently, one of her sons is starting to jump into the business. Then she adds how her daughter is as hardworking as her. “She’s like me. She likes challenges and is quite the strong woman herself,” she concludes. “I’m quite grateful that she’s growing up like that.”