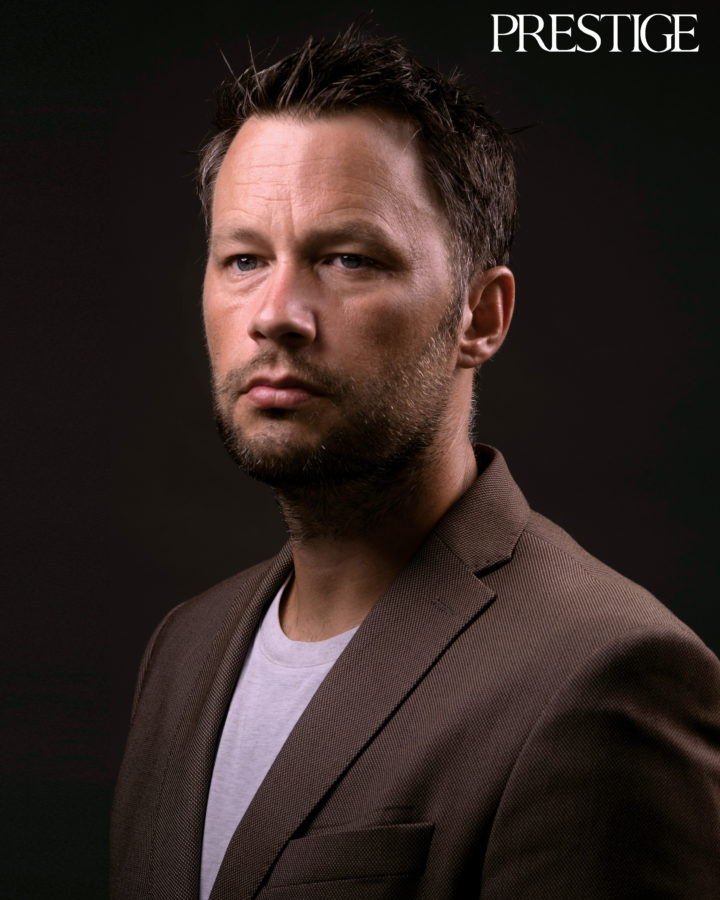 Photographer extraordinaire Ted van der Hulst talks about showcasing reality – including uncomfortable ones – through his photography.

Ted van der Hulst is a photographer from the Netherlands who tells stories through photography and gives meaning to the lives that he captures. For several years, Ted has lived in Bali and photographed the world around him. Prestige met Ted at Arma Museum & Resort in Ubud, where he showcases and poses with a huge framed photo from his upcoming work, Aristocrats. Then he takes us through his world of photography.

“It started as a hobby when I was around 18 or 19 years old,” Ted begins. “I always did it as a hobby, until I met my wife. She was the one who encouraged me to do more with it. So, I took photography more seriously when I was 24 or 25 years old, and went to a photography school.”

Then in 2009, Ted went to a vocational photography school in Amsterdam and specialized in portrait and documentary photography. He graduated in 2013. At that time, Ted was still working for his family’s printing company. “During the day I was working, and in the evening, I went to school,” Ted recalls.

After finishing his studies, Ted went to Jakarta and did an internship in a media group as photographer for a number of magazines. The internship lasted only a couple of months, after which Ted got an offer to teach at LaSalle College Jakarta. “I taught a group of students and made them work on projects. That’s what I actually like,” tells Ted. But it only lasted a year before Ted and his wife decided to move back to the Netherlands after their son was born.

A year later, Ted and his family decided to move to Bali. And that’s when he followed his heart and dreams and started working on his own photography project. “When I work for myself, I can choose my own project and I can photograph what I find interesting. I like to be working on my own project, choosing my own subject,” Ted states.

He then published his first photography book in 2018 which, Ted claims, is his biggest milestone. Titled Dennis, the book consists a series of photographs of a rescued orangutan named – of course – Dennis. “I got it printed and published, that was a milestone for me. It was always my dream to make a book of my own work, telling stories with photograph,” Ted expresses. His work continued, and Ted held a couple of exhibitions in Jakarta in 2019, namely High Dogciety, a series of portrait of dogs, at Edwin’s Gallery in Kemang, and Jak-cats, for cats, at De Kuntskring in Menteng.

Now, Ted is preparing for the publish of his newest work, the aforementioned Aristocrats. The series captures intimate portraits of the little people community in Bali. Ted captures the juxtaposition of their daily life with their professional personas. 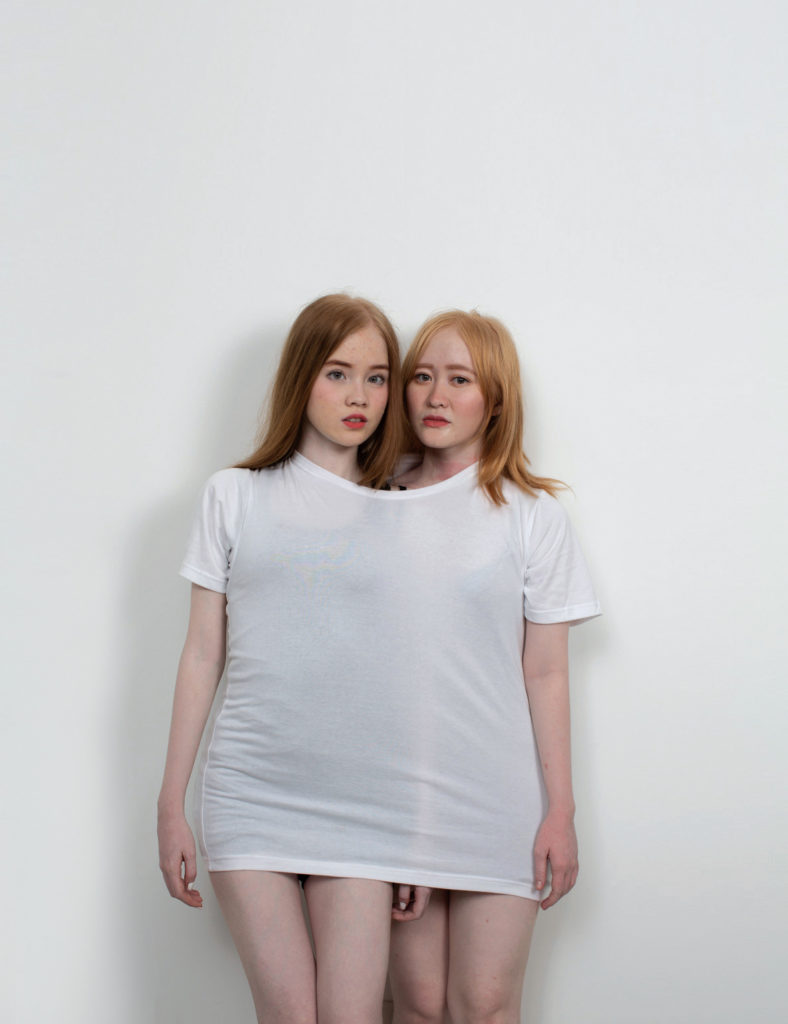 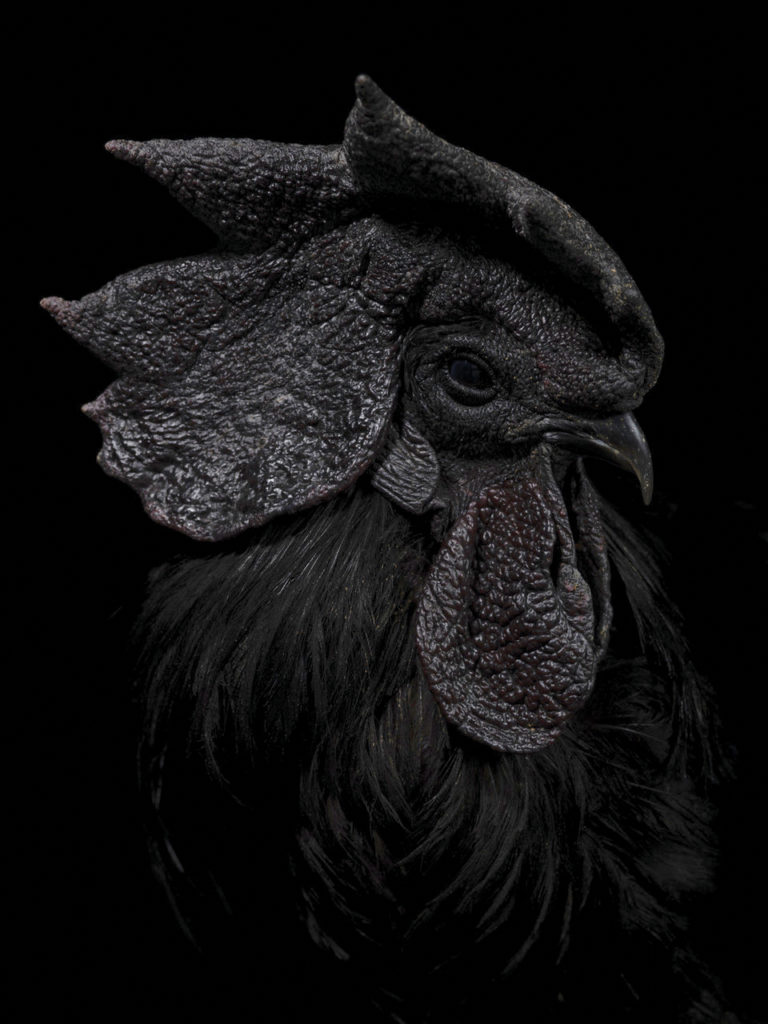 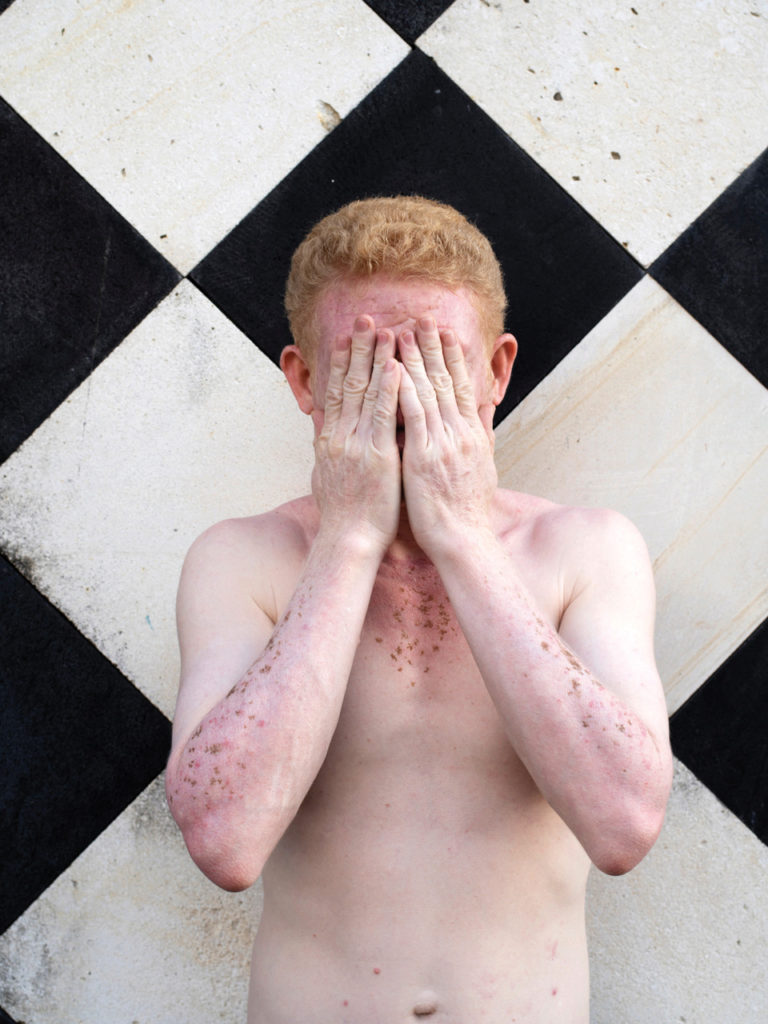 Where did the idea for the book come from? “I guess I’m always interested in people that look different. And with my camera, I can go look into their world. I find it interesting to see where and how they live in this world,” Ted expresses. For Ted, uniqueness is what he finds beautiful. It reflects from his works covering various communities in Indonesia, and now the little people. “They have 17 little people living in one house. In the Netherlands, for example, a little person lives alone and has a normal job. But here, in Bali, they are more creative. That’s what they do, the 17 of them. They have made a family together, they have home together and take care of one another. That’s very interesting for me.

“I always like to photograph a bit out of the ordinary. I tried to find a subject that is a little bit different than what you normally see,” says Ted. “For example, with Dennis, it was an orangutan, with High Dogciety, I tried to give the dogs character, make them bigger than they are.

“It always starts from curiosity. When I’m curious about a subject, I go deeper into the subject. And as I said, I use my camera to go into their world. And that’s what I find interesting: going to someone’s house, photograph them over there, take portraits, to give it more meaning. Take Dennis again as an example. I photographed him in black and white, so you don’t look at an orangutan anymore, you just look at a person,” Ted points out. “With the Little People community, it’s putting them on pedestal. Look, they are here and I want to give them the attention with showing this kind of work.” 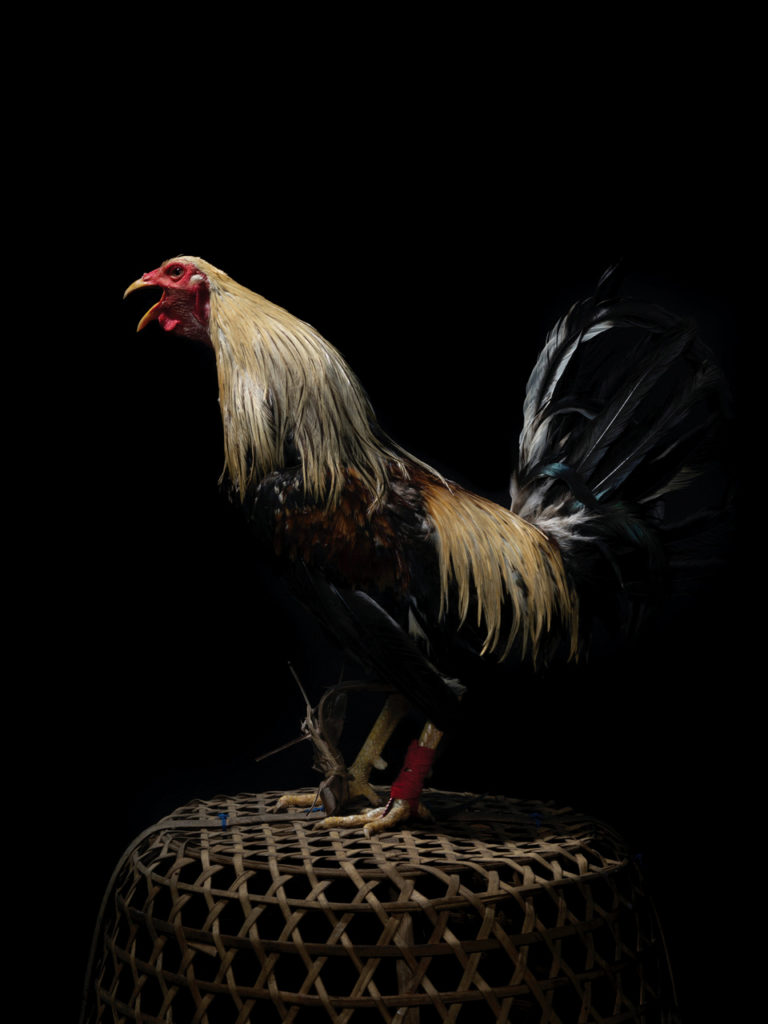 Moving on to the execution of the project, Ted shares: “It started in 2017. I was in traffic and they passed by in a pickup truck. They were all sitting, the 17 of them, in the pickup truck, on the way to work. That was the first time I saw them. Then I approached them, I asked what they did. And one of them who apparently was the manager, explained to me. He said: ‘We are 17 little people and we do a boxing show to entertain tourists in Kuta.’ They do the show at a bar, and then I went to the show and watched the whole thing.

“After that, I asked them if I could come to their home. And it all started from there. I started taking portraits of them. Step by step, it became a project with a deeper meaning for me,” Ted continues.

The Aristocrats is filled with various types of photographs of the little people. There are portraits of each of them wearing clown makeup and their costumes or famous superhero suits; there are also ones of them in the house, wearing casual daily clothes, or even stylish outfits. On this, Ted explains: “I wanted to photograph how they are at work as well as the real them, their daily life. Hence the face paint, the costumes; they do boxing shows, that’s why they wear robes, sometimes they wear superhero suits. That’s their work life. And their normal life is in the house, sitting on the bed, feeding the dog, going surfing. I wanted to show the two sides of them.”

To be around a certain community, let alone taking photographs of them, definitely takes extra effort – especially in gaining their trust and making them feel comfortable having you around. Ted went through the same process. “I always take my time with the people that I photograph. There needs to be an understanding and trust between me and them. For the little people, they were easy to talk to and were happy that I give them the attention and time,” says Ted.

“I guess I’m always interested in people that look different. And with my camera, I can go look into their world. I find it interesting to see where and how they live in this world”

We have heard about the idea, the concept, and the execution. The next question is, why did Ted choose Aristocrats for the title? He answers: “They have been treated unequally because of their differences. And when you’ve been treated that way, you develop a very strong character. When I started to photograph them, they really didn’t care. Some people get nervous in front of the camera, but they didn’t, at all. So, for me, it is like they are above us. That’s why I call them ‘aristocrats.’ They are, for me, noble and bigger than us.” 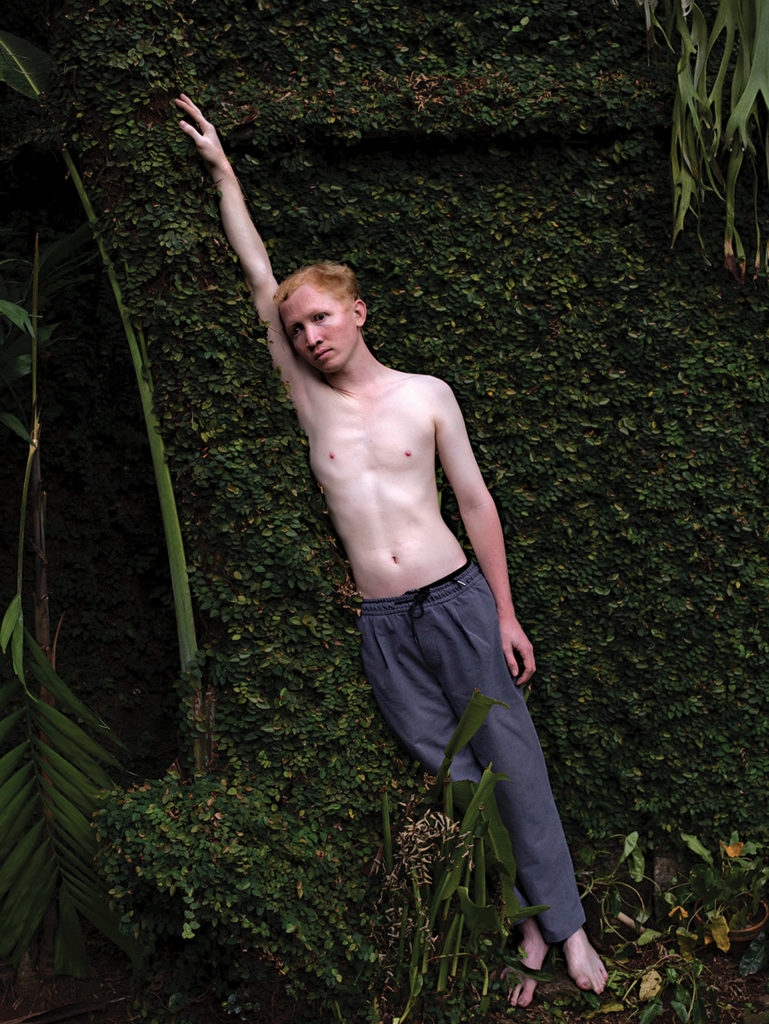 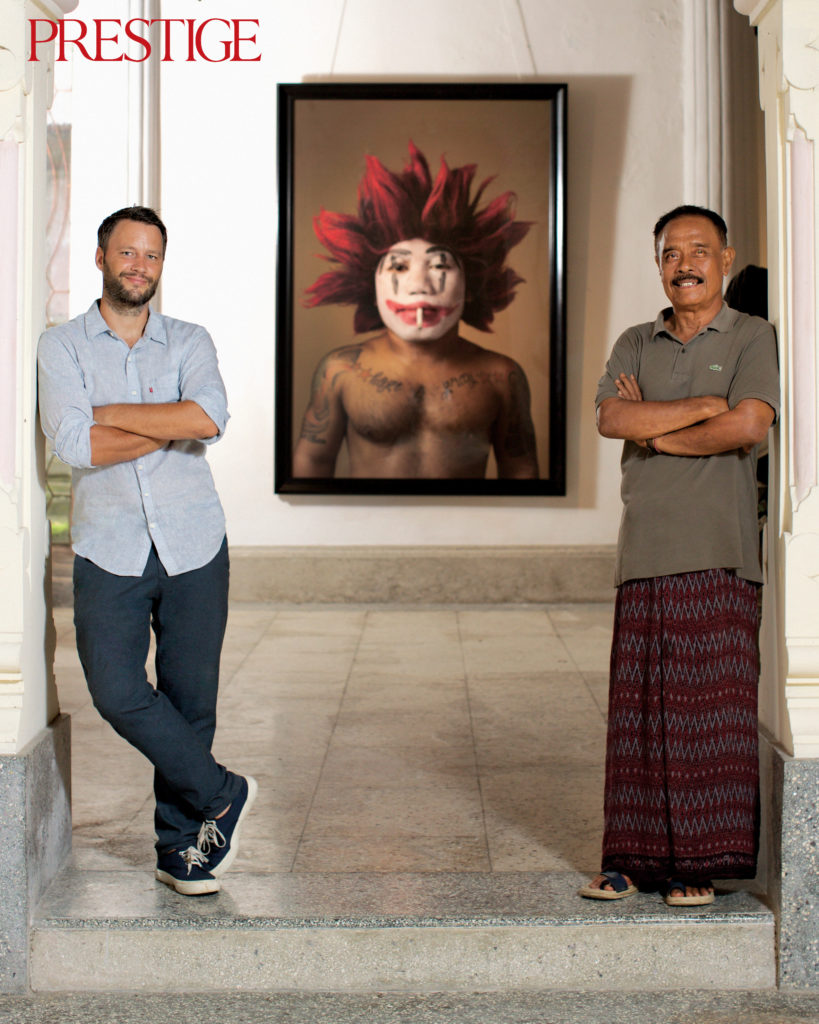 Quite appropriately, Ted states on his website that his photography “shows an uncomfortable reality and brings us into contact with the essence of life and longing for liberation from the banal.” On this, Ted notes: “It is such a unique situation. I never saw that kind of thing in the Netherlands or in Europe where someone uses their body for entertainment. It can be awkward to see grown up people watching the little people boxing. And that’s really the truth, that really happens. I try to capture that in my photography.

For now, Ted is still working on the publication for Aristocrats. “I will try to get it published in December, or maybe a bit later,” tells Ted. Moreover, Ted shares that there will be an exhibition for the Aristocrats series at Arma Museum. It is expected to be held in early 2022. “After everything calms down and people can fly to Bali again,” Ted hopes.