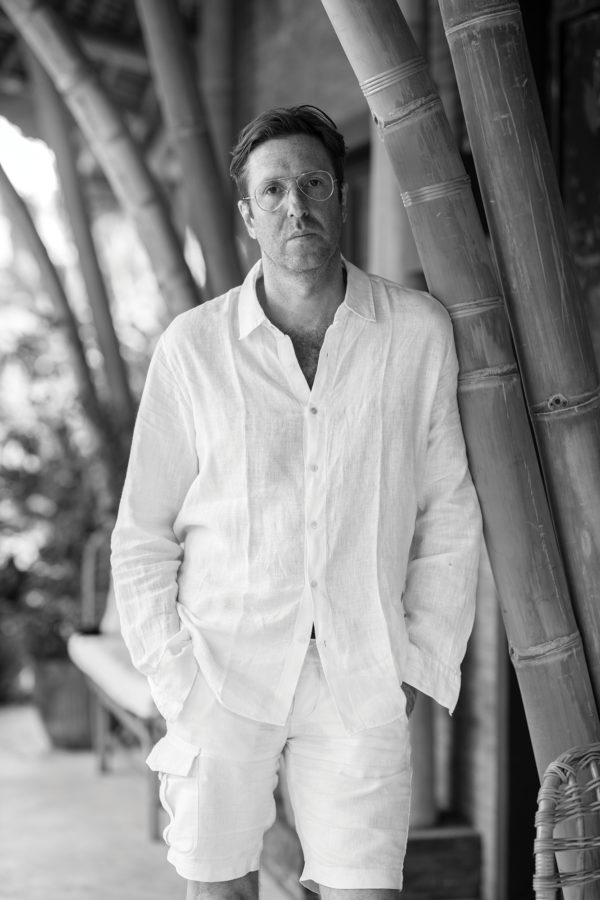 Will Goldfarb Reinvents Dessert at Room4Dessert

Through the unique culinary experience of Room4Dessert, Will Goldfarb highlights the source of its myriad flavours.

Will Goldfarb’s culinary journey is a long story that deserves its own book. It stretches from his time at culinary school—Le Cordon Bleu—more than 20 years ago to stints in the kitchens of Gerard Mulot in Paris, Tetsuya Wakuda in Sydney and the legendary El Bulli in Catalonia, Spain. The master pastry chef launched the original Room4Dessert 15 years ago, at 17 Cleveland Place in New York City. He was once nominated as Outstanding Pastry Chef at the prestigious James Beard Foundation Awards. After closing the original New York establishment, Chef Goldfarb arrived in the beautiful island of Bali. He worked with the teams at Ku De Ta and Potato Head, before opening Room4Dessert in Ubud in 2014.

As testament to the popularity of his dessert spot, Room4Dessert was featured in its own episode as part of season four of Nextflix’ “Chef Table.” Chef Goldfarb has also launched his own cookbook titled “Room for Dessert” showcasing his works at Room4Dessert in Ubud, Bali, as well as basic and advanced recipes for home cooks to try.

An experience at Room4Dessert will take you through 21 courses, consisting of savoury snacks, plated desserts and petit fours, in that order. If you associate desserts only with sweetness, you can leave that idea out of the door. Chef Goldfarb and his team will heighten your senses with their extravagant, highly detailed and unique dishes. Before you arrive at the dining area, you will have been taken on a guided on a tour of the restaurant’s nursery and garden by members of the well-trained staff.

“We believe in showing diners where the food comes from,” Chef Goldfarb explains to us. “And it’s really integral to everything we do here. We have a 20-seater dessert bar, but we are surrounded by 1,000 sqm of gardens. It’s really important to us that everybody knows what they are eating. I think it’s really important now, more than ever, and it’s really integral to everything we do here. For a lot of our guests, even for some of our Indonesian diners, they’ve never seen some of these plants before.” Chef Goldfarb and his colleagues began work on the garden four years ago. They have cultivated more than 200 varieties of plant and 40 different types of tree.

He elaborates: “Let’s take a look at the jamu mix. Now, some people would buy it packaged on the street. But most people are not aware what the galangal or the turmeric or all the other plants involved look like. And that’s for Indonesians; some of our guests from other parts of of the world have never even heard of it or aren’t even aware that it is a plant. It’s the very reason why we do this.”

In March, Prestige had a fascinating time watching the team try out the restaurant’s new menu and train new staff members. The team consists of young Indonesian cooks and service staff who are passionate about food and restaurants. “We try to support our Indonesian staff to develop their skills and awareness, help them become passionate about their work and learn that they can do something really beautiful if they spend enough time on it,” says Chef Goldfarb, a self-proclaimed mentor, explorer and community man, who likes to spend a lot of his time with his wife and daughter.

This year, the team’s number one priority is a programme called “2020: Hindsight”. Postponed until further notice because of the COVID-19 pandemic, it will connect chefs, artists and food producers all over Bali. Goldfarb aims to bring some of his favourite chefs to Bali. They include Garima Arora of Gaa in Bangkok, and also Dave Pynt of Burnt Ends in Singapore, Matt Orlando of Amass in Copenhagen, Yusuke Namai of Ode in Tokyo and Dan Hunter of Brae in Birregurra, Australia. Each chef will be paired with a local artist and there will be a special artwork for each event.

“In the past, we sent our chefs abroad to learn. But now that our team is so big—more than 30 people—we thought that instead of sending them out to the world, we would bring the world here to them,” says Chef Goldfarb. “This way, they get a chance to work with some of the best chefs in the world, hands-on in the kitchen, every day. It’s an experience you cannot trade for anything, and we are really excited about that.” Clearly, this is a chef who cares deeply about the team he works with.

As he reminisces about the journey of Room4Dessert since its opening, Chef Goldfarb observes: “This whole adventure for the past six years has been so exciting; this is such a wonderful experience. I think the first few years were challenging, just trying to share and introduce what we do to people. It has been so much better than anything we could have expected and we are so grateful.”

Pursuits
Sign up to get the latest luxury and lifestyle news delivered to your inbox.
Will Goldfarb Room4Dessert
Ajeng G. Anindita

@montblanc redefines the meaning of success with t

Are you ready for @bally's newest Autumn/Winter 20