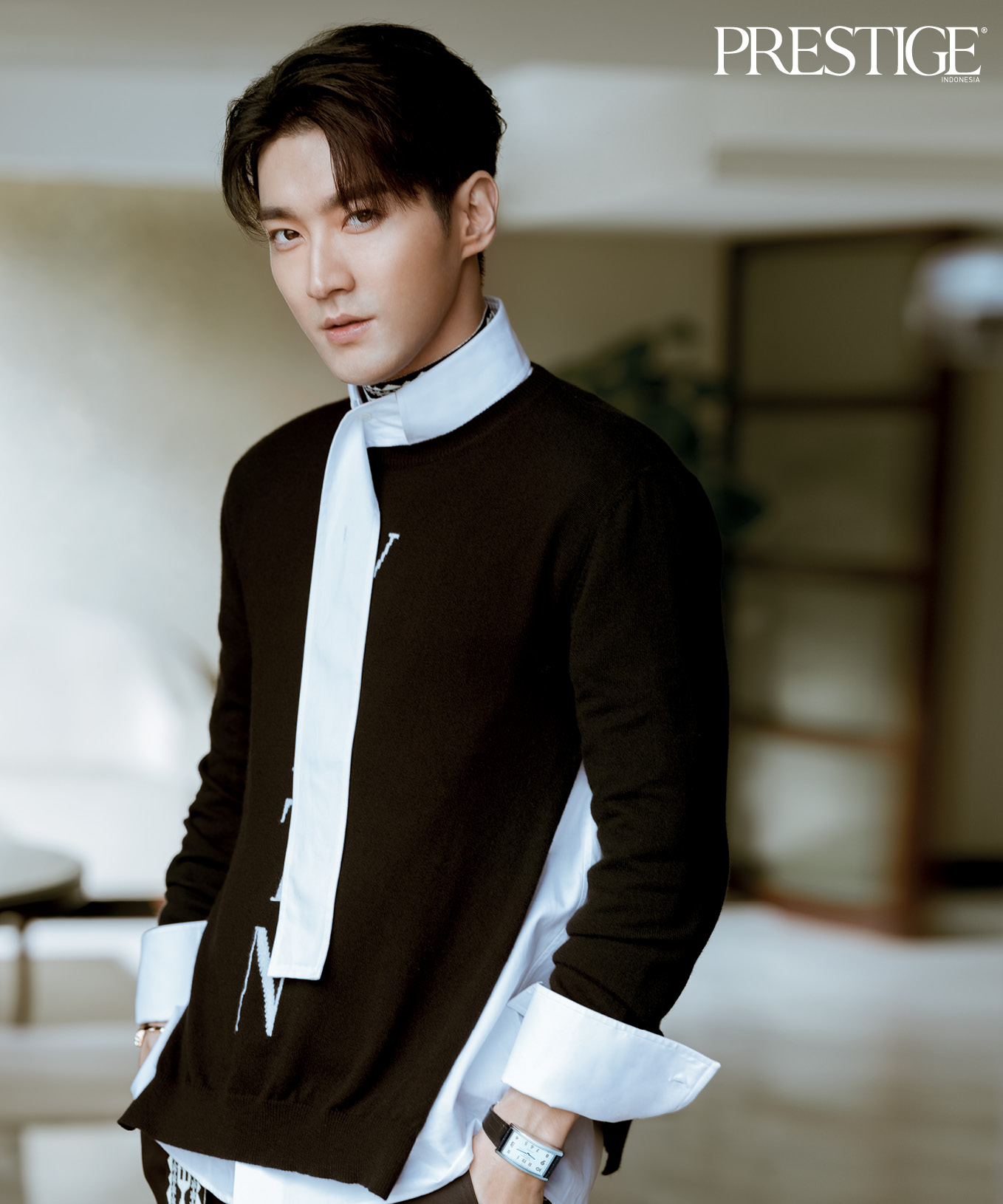 Siwon Choi Uses His Charm to Do Something Good

When Siwon Choi walks into the room, it’s as if the magnetic field switches and the lodestars change. An exaggeration? Maybe, but it’s a close call.
A room bustling with the click-clacks and chatter of people hanging clothes, setting up lights and taking pictures of the Hong Kong skyline from our set suddenly pauses. Choi is here. One by one, faces light up and the voices of those who are meeting the star for the first time rise in pitch. He takes it all in his stride, strolling around the suite greeting those he already knows by name and others he doesn’t with a smile and a firm handshake.

Listening to snatches of conversation with his Korean team, the occasional oppa is dropped into the mix – Korea’s equivalent of the Japanese kawaii. Made popular by the country’s television shows and adopted by hordes of screaming tween and teenage fans at the sight of their favourite boy-band members, it means “big brother” and is used to refer to an actual older brother as well as to address all close older male friends. When I bring this up, I’m met with a sheepish grin.
“My team and I have been working together now for almost six years. We’re very close, so it’s OK,” he says. “When we work in Korea, they say Mr Choi but today, because I think they think you guys won’t understand, they can be casual and call me oppa.”

Also visit: 5 things that will make you love Hailey Baldwin

“I’m the only Korean actor in that movie. If I’m not good, I’m not good as a Korean so I have to take responsibility for my country and I really need to do my best.”
Thanks to his determination to achieve fluency in English and Chinese, along with his native Korean, Choi is poised to become the next Asian superstar to make it big in the US. Choi’s mentor is Jackie Chan, who told him that “an actor’s character always comes first – manners and respect”, he says. “But that I should also always be very careful choosing each and every single role I undertake.”

What is success for Choi? It’s not money, fame or power, I learn, despite the fact that his fans can look forward to a new Super Junior album this year, more concerts, the possibility of more Asian and American projects and a mission with Unicef in the works. To Choi it’s happiness and contentment. “I think happiness is the first thing that comes to mind,” he says. “If you’re not happy and you let that stuff get to your head, you might get ill. Does success actually equate to happiness? Maybe not to everybody, but I don’t think happiness is non-success either.”

His industry is not particularly predisposed to contentment and happiness, I counter, so how does he balance it? “Part of my job is to achieve balance. Alongside being able to face God at the very end, to know I have made him happy and to have helped those in need, I think it’s to be positive. “I don’t want to show people when I’m mad or when I’m sad, because I don’t want people to worry about me. Part of my job is to achieve balance between the human Siwon Choi and the celebrity. As a celebrity it’s my responsibility to be a role model, to create a good environment. If I’m calm, focused on work and smiling, then everybody else will be smiling and having a good time. So I believe in always being positive.”

Special thanks to Intercontinental Hong Kong