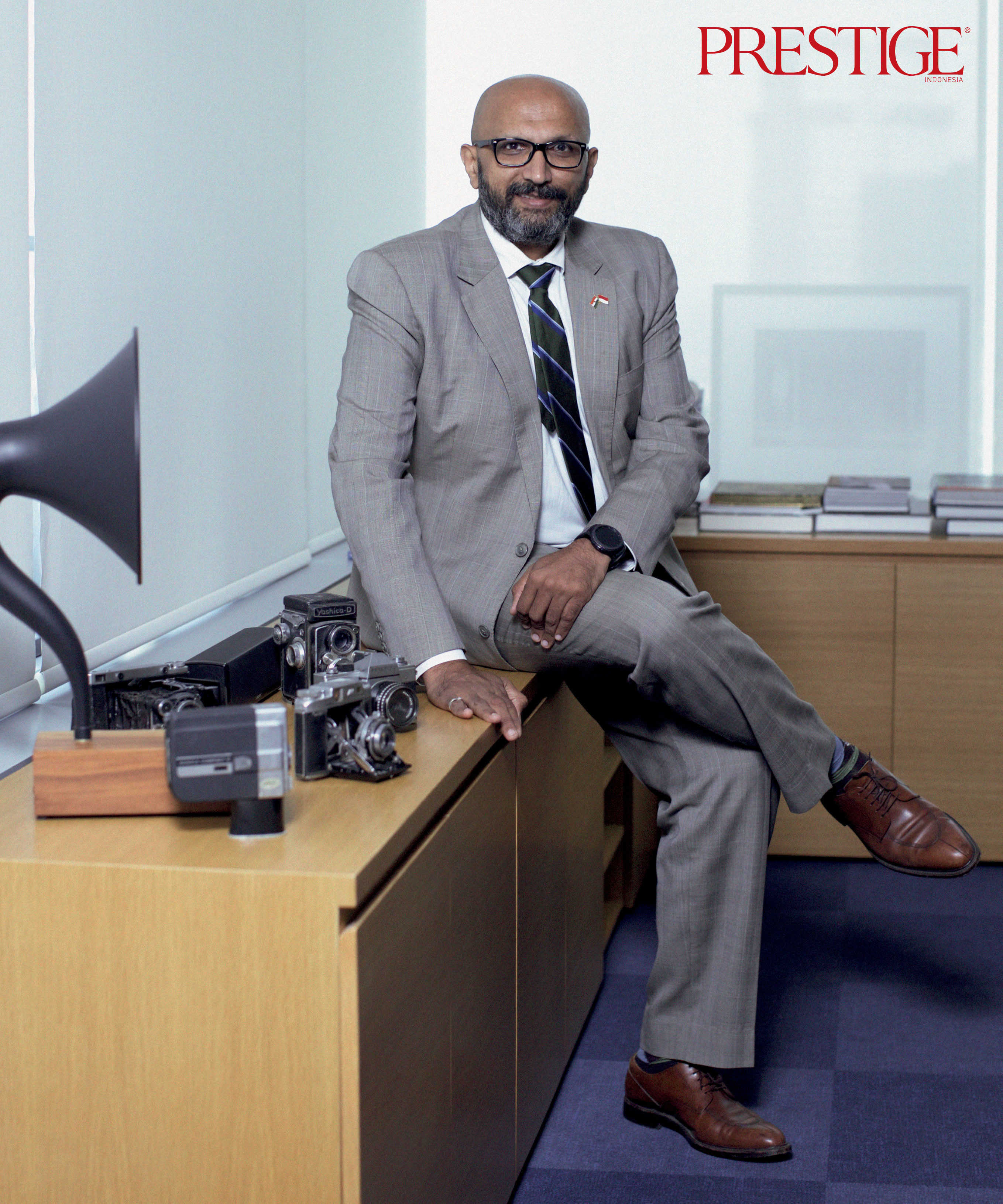 If you’re a millennial and a regular buyer of cosmetics, the chances are that you do many, if not all, of your purchases online rather than at the mall. That’s because e-commerce has become an enormously disruptive force in the beauty business. “The global cosmetics market is booming and is expected to hit US$390 billion by 2020,” Cosmetics Business magazine reported earlier this year. “Growth will be mainly driven by e-commerce. More than 10 percent of beauty sales in the US were made online in 2016.”

Coresight Research, a New York-based research firm, found that, in 2015, the cosmetics industry saw US$6.2 billion (nearly 8 percent) of its sales occur online. “Cosmetics are taking off online, and it’s a fascinating phenomenon,” said the NBC News website. “This is stuff that by its very nature seems necessary to try on (or at least look at) in-store, but consumer trends indicate otherwise. The global cosmetics market is anticipated to grow annually by 4.3 percent to reach US$429.8 billion by 2022 – and at the rate these online brands are going, we can expect e-commerce sales to make up a nice piece of the pie.”

Does all this mean that those colourful cosmetics counters you see in the department stores have become passé and are doomed to extinction? Absolutely not, declares Umesh Phadke, President Director of L’Oréal Indonesia – provided that brands wake up to the new realities and raise their digital games.

“Look at the Kiehl’s counters in Jakarta,” says Phadke during an interview in his corner office one Friday afternoon at DBS Bank Tower, located next to the Ciputra building in Kuningan. “They’re fantastic – they look like old world New York apothecary shops – and they’re doing very well. That’s because customers enjoy great experiences when they go there. They’re made to feel welcome by the staff in their attractive uniforms, they learn about the cosmetics in an informative and entertaining way, and they are encouraged to handle the products and try them out. The chances are that if they don’t buy something there and then, they will order it online later.”

Kiehl’s is one of the luxury brands that L’Oréal, the world’s largest cosmetics company with 2017 revenues of 26 billion euros and 89,000 employees, markets in Indonesia. Others include Lancôme, Giorgio Armani Beauty, Yves Saint Laurent Beauty, Ralph Lauren Fragrances, Shu Uemura, Viktor&Rolf and Urban Decay.

L’Oréal is an old friend of Indonesia, having been present in the archipelago since 1979. This country is more than just a promising growth market for the Clichy, France-based company – it’s also an important production centre. The L’Oreal Group has operated a large factory here since 1986. It’s the Group’s seat of production for the entire Southeast Asian region, with 70 percent of its output going for export.

Another key advantage for the L’Oréal Group is its distribution reach. “L’Oréal is the only cosmetics company in Indonesia to be present in all distribution channels: from hair salons and beauty institutes to traditional shops, and from mass retail to selective channels, our brands are accessible to the entire Indonesian population,” Phadke points out. “L’Oréal Indonesia offers a portfolio of 15 international brands, with complementary pricing and positioning, to satisfy a demanding and diversified clientele.

“Although the two most prominent consumer brands in the market are L’Oréal Paris and Maybelline New York, the success of Garnier in Asia is one of the Group’s finest accomplishments. As the number-two brand in whitening products, the development of Garnier Light Complete, a product range specific to Indonesian skin, offers consumers a wide range of affordable and innovative products.

“Professional brands like Matrix, Kérastase and L’Oréal Professionnel are also very popular in the hair and beauty salons dotted all over the archipelago, making L’Oréal the leader within this high added-value market. Meanwhile, the luxury cosmetics sector continues to show steady year-to-year growth.

“The overall success of L’Oréal in the Indonesian market is a testament to its continuous growth and ambitious objectives. This dynamic market has a considerable reservoir of potential consumers and is of strategic interest for the entire Group. Conquering one billion new consumers within a span of 10 years is part of the Group’s international strategy, and Indonesia has a big part to play in that.”

Born in Bahrain and raised in the Middle East, Phadke is married with two children. He obtained a degree in Engineering in Vadodara (formerly Baroda) in Gujarat in western India and an MBA from Mumbai. As a 23-year veteran of the fast-moving consumer goods business and having worked in India and all the countries of Asean, this genial, knowledgeable and well-travelled CEO has accumulated a deep understanding of the markets and consumers of Southeast Asia.

“I was head-hunted to join L’Oréal eight years ago,” says Phadke. “I was invited to France and I had eight job interviews with different executives in one day. You might think this was overwhelming, but I enjoyed the experience. It was one of the most fascinating days of my life. All of the conversations we had were so candid. Everything about that experience busted the myth about L’Oréal being a very narrow-minded French company. Everyone I met was impressive and open to talking about the company’s strengths and weaknesses, and how I could fit into the picture with my experience and knowledge of Asia.

“L’Oréal’s corporate culture is defined by its strong commitment to beauty. We are competing globally with other large FMCG companies. But unlike our rivals, which have wide portfolios of brands in many businesses and industries, we are totally dedicated to beauty. Beauty is all we do at L’Oréal, and it’s been that way for 109 years.

“What also makes us stand out as a company is that we like to make products that are grounded in innovation. We were founded by a chemist (Eugène Schueller, who developed a hair-dye formula called Auréale). We don’t offer hope in a bottle, but science in a bottle. Science is fundamental to L’Oréal. The company spends 4 per cent of its revenue on scientific research. We couldn’t function without cutting-edge science and innovation.”

Phadke joined L’Oréal Indonesia in April 2016. Prior to this, he was Managing Director of L’Oréal Thailand, where he led that business to become the country’s fastest-growing beauty-care company for several years. Deeply involved in developing digital marketing and e-commerce here, Phadke says it’s fascinating to be involved as L’Oréal transforms itself into a more universal, more consumer-centric and more digital organisation.

Outside of work, he likes to think of himself as an intrepid traveller, visiting unusual and remote locales such as Antarctica and North Korea, and a serious photographer, mostly in the street photography genre. For gritty subjects, Phadke often uses film these days. “It’s not so hard to find now. It has come back, like vinyl records,” he grins. He is a collector of vintage cameras, most of which he has picked up at flea markets while on his travels and some of which still work, and he devours books about photography and cinema, notably the work of American photographer Steve McCurry and Francis Ford Coppola’s The Godfather trilogy.

The conversation shifts from the differences between film and digital photography to the incredible growth of digital business. “The most exciting phenomenon these days is e-commerce,” says Phadke. “It’s revolutionising retail everywhere, especially cosmetics. Indonesia is possibly the most exciting place where this revolution will happen in the entire region. L’Oréal predicted that digital would be the next big thing 10 years ago, and we have become one of the cutting-edge companies in digital marketing.

“The second wave after digital marketing is e-commerce. It’s a small part of L’Oréal Indonesia’s business right now, but it’s growing at breakneck speed. It’s been doubling year-on-year for the last couple of years and this rate of growth will go on for the next five years. Companies like Lazada, Shopee and Tokopedia are helping to boost this channel. We have a young, digitally enabled and beauty-conscious consumer base in Indonesia. The archipelago is the fourth-biggest user of Facebook in the world. Half the population is on it! This country is a digital hot house with a young population that wants to try all the latest brands. It’s a revolution that’s waiting to happen.”