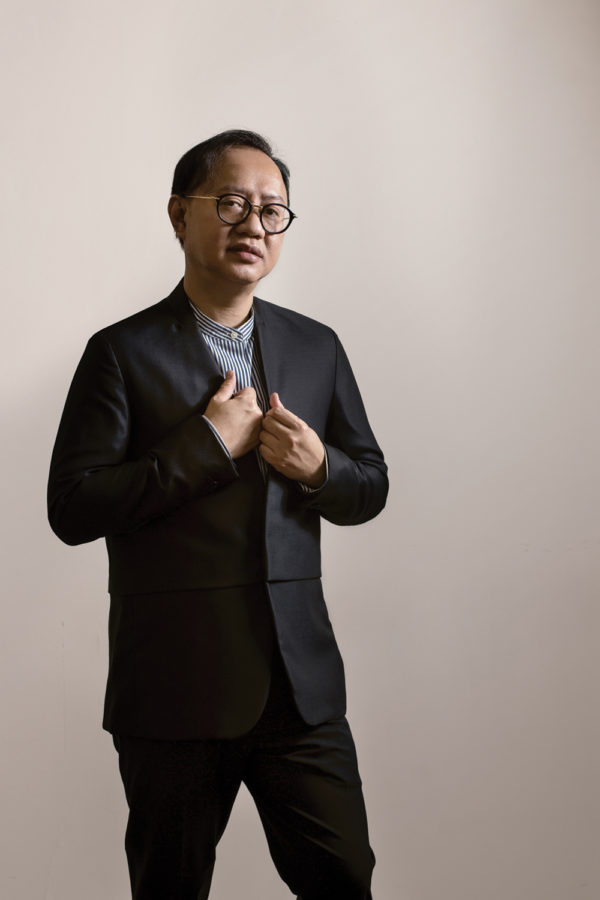 Haute couture designer Eddy Betty says this collaboration with Yayasan Jantung Indonesia is not his first. “The first was back in 2002,” he recalls. “For this special occasion of the 40th anniversary, some friends. proposed the idea to me, and I decided to join because having the opportunity to do good deeds really does feel nice.”

The Jambi-born designer, who launched his fashion venture in 1996, admits that his initial idea was to create something that would sell easily. “It’s for fund-raising after all, right?” Betty exclaims. “But then I thought it would be better if I stayed in my corridor.”

Betty specialises in kebaya and night gowns, but he’s best known for his innovative bustiers. Therefore, it felt right for him to design a special bustier for the auction. “I created a bustier that has my signature in it, while it also represents the collaboration with the foundation,” he says. “So, the design still depicts my personality and style.”

The designer praises both YJI’s work and its longevity. “It’s been 40 years! I think the organisation is very consistent and they are doing a great service,” says Betty. “I hope they will always thrive and create more awareness so they can reach out to more people, promoting prevention and helping those who are battling heart diseases.”