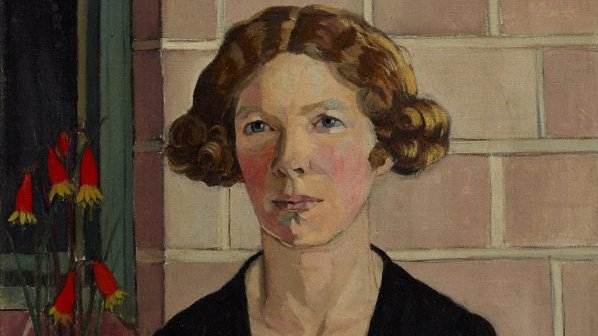 Born in Adelaide as Margaret Rose McPherson in 1875, the painter and printmaker Margaret Preston is regarded as one of Australia’s pioneering modernist artists. She saw her work as a quest to develop an Australian “national art” and was one of the first non-indigenous Australian artists to use Aboriginal motifs in her work.

After her family moved to Sydney in 1885, Preston attended Fort Street Girl’s High School, a selective government institution for gifted students where her interest in art was kindled. In the following years she received one the best art educations to be had in the country, including the National Gallery of Victoria Art School under Frederick McCubbin from 1889 to 1894 then later the Adelaide School of Design in the city of her birth. Preston supported herself through scholarships and tutoring, with some of her students becoming notable artists in their own right.

In 1904, Preston and a former student, Bessie Davidson, set off for Europe where they remained until 1907. They travelled widely, but Preston was particularly taken with Paris where her interest in modernism was influenced by Cezanne, Gauguin and Matisse as well as Japanese art and design she viewed at the Guimet Museum with its notable collection of Asian art. It was Preston’s introduction to the Japanese print tradition of Ukiyo-e that informed much of her own work throughout her career.

On her way back from a visit to the United States, Preston met her future husband, William Preston, a recently decommissioned Australian Army lieutenant who had served in France. They were married on the last day of 2019, by which time William had returned to a successful business career that allowed Margaret the freedom to continue her work with financial security. They lived mostly in Sydney’s delightful harbourside suburb of Mosman, home to many of the city’s notable artists. They moved for seven-year interlude to the bush suburb of Berowra on the Hawkesbury River during the 1930s – a move that inspired her produce more landscape paintings. They later returned to Mosman.

Style
By Annabel Tan
Sign up to get the latest luxury and lifestyle news delivered to your inbox.
Christopher Donnolley
ART culture DINING