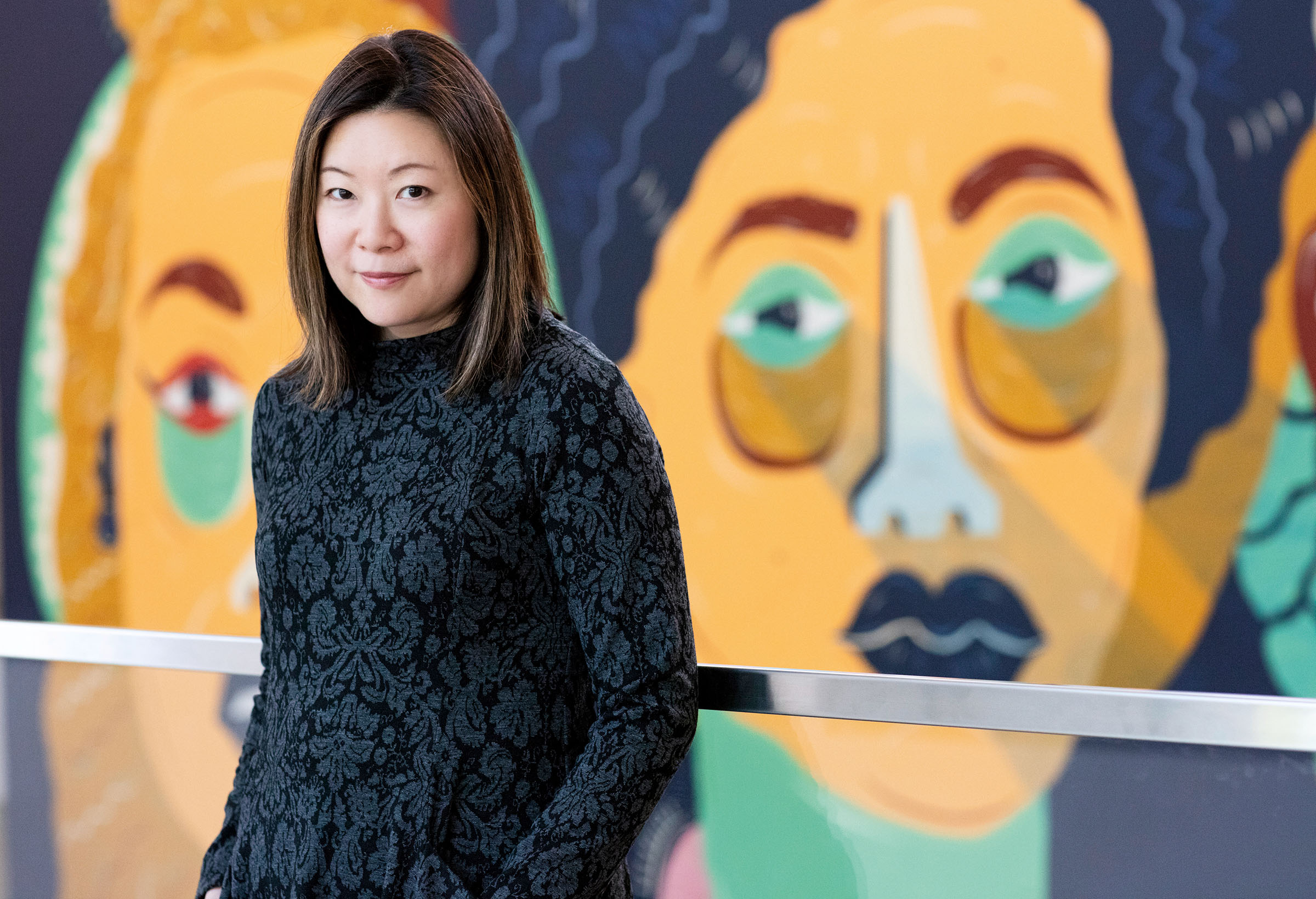 Somewhere inside Shirkers, there’s a quirky Singapore circa 1992 showcasing a film first shot when Sandi Tan was 19 and which makes her revisit the place. It starts with “freedom, by building worlds inside our heads — as a creative person, I still continue to believe this,” the Pasadena-based filmmaker says. “But it was especially true when one was a teenager in 1980s and 1990s Singapore, before the Internet, before easy access to the movies and books I craved. “

Shirkers was made with Tan’s friends Jasmine Ng (the film’s editor) and Sophia Siddique Harvey (its producer, now on the faculty of the Vassar College) with initial participation from American “director” Georges Cardona who, in larger-than-life fashion, absconded with the 16-mm film reels. After he died in 2007, his ex-wife sent Tan 70 canisters of film between 2011 and 2012, along with boxes of storyboards, scripts and scraps of paper he had kept.

Culling a trailer from the films while a member of the Sundance Documentary Fellows programme, Tan submitted it for grants in 2016. And in such manner did she cleverly “finish” the movie. A coming-of-age tale underscored by a film noir exposé, Shirkers received rowdy applause at the Egyptian Theatre in Utah in January and a 100-percent rating on Rotten Tomatoes.

Sandi Tan, who has two other short films to her name and whose haunting novel The Black Isle was published in 2012, won Best Director in World Cinema Documentary at this year’s Sundance Film Festival for Shirkers. It is set to premiere on Netflix on October 26 in 190 countries and 25 languages, and premieres in Singapore on October 20, co-presented by the Singapore Film Society as part of its 60th anniversary celebrations.

I first interviewed Tan in 2002 for BigO magazine about her 14-min short film Gourmet Baby (co-directed with the same Jasmine Ng and film critic Kelvin Tong). In it, she rhapsodised about “the great lost classic, Shirkers — it was raw and unpolished and it had that something, you know. It had ideas and energy, about the impossibility of a road movie in tiny small-town Singapore, a dream-logic film about teen angst and murder.”

The title comes from a line she thought up, in a fictional film script where the world is made up of “movers, shakers and shirkers” — the latter being those who avoid responsibility — which Tan now laughs off as “a glib formulation, but there is some truth to it, and was maybe especially resonant in those days when there was so much pressure on us to do well at school and when Singapore felt restrictive and conformist, culturally”.

At around this exact same time, Tan was driving around with Cardona and scouting locations, having signed up for a film class he taught, which she recollected later from audio tapes he had sent her. “Listening to them now, they sound spooky and weird because they’re filtered through my grown-up sensibility — how could I have trusted a man like that? — but back then the usual rules did not apply,” she muses.

“I had been part of a pioneering theatre programme at Singapore’s Victoria Junior College and had built up a high tolerance for behaviour that did not conform to the rigid, grey, Singapore civil-servant mode prevalent in those days. Georges, with his taste in funny, colourful blouses and languid way of talking, was exotic and interesting to us rather than sinister.”

Siddique, however, asserts in the film that Georges’ diction, in “slow, calm tones,” only makes her distrust him even more. Ng puts the blame for the hitherto dematerialised film on Tan. Completed, Shirkers thus affords an “afterlife” to the whole enterprise. It confronts the “complicated, prickly female friendship — one more akin to sisterhood” among the three girls over the course of years, an aspect of the film Tan says resounded deeply with viewers around the globe.

Despite Cardona’s crime against youthful idealism and ambition, the film does not disparage Cardona, Tan says. “I do not hang Georges out to dry at all, I don’t condemn him. I see things in a more complicated light, as often is the case with mentors who aren’t wholly goody-goody. Georges introduced me to a way of looking at the world which has shaped me.”

“There is no way any of us could have predicted Georges was going to have done what he ultimately did, but this film isn’t so much about Georges. It’s about holding on to your vision and the world you loved and finding a way, even if it takes decades, to put the shattered pieces back together again.”

“I still contend that he helped me as a young Singaporean really see Singapore and love it profoundly,” she affirms. “He exposed me to corners of Singapore that neither my friends nor I, from tepid, middle-class backgrounds, would have seen: Railway tracks along Upper Bukit Timah, Labrador Park, tapioca fields and farmlands in Upper Sembawang, and colourful back alleys of Little India.

“Even before making Shirkers, we were Singapore’s urban explorers decades before young people and their phones began doing this for Instagram. And with Georges’ interest in architecture, he taught me to look and appreciate old vernacular Singapore architecture. I never saw Singapore in the same old way again, says Sandi Tan, a former film critic with The Straits Times, who is married to Vogue film critic John Powers.

“Even before making Shirkers, we were Singapore’s urban explorers decades before young people and their phones began doing this for Instagram” — Sandi Tan

Shirkers is, in the words of film critic and former Singapore International Film Festival director Philip Cheah, “a rallying call, that it’s OK to try anything” (Cheah plays a crossing guard in Shirkers, with red cap and yellow overalls), a view Tan agrees with.

“Shirkers was made during that particular milieu in the early 1990s when Singapore was not fully confident of its own charms and gifts and it was our unifying rallying cry against prevailing mediocrity — let’s do better!” she says. “Now I can’t wait for kids in smaller towns around the world, away from the media centres, to see the film and realise that, with today’s technology, the power to tell their own stories sits in their hands and they should heed their desire to capture the beauty of their world for everyone else to see. Cinema is magic!”