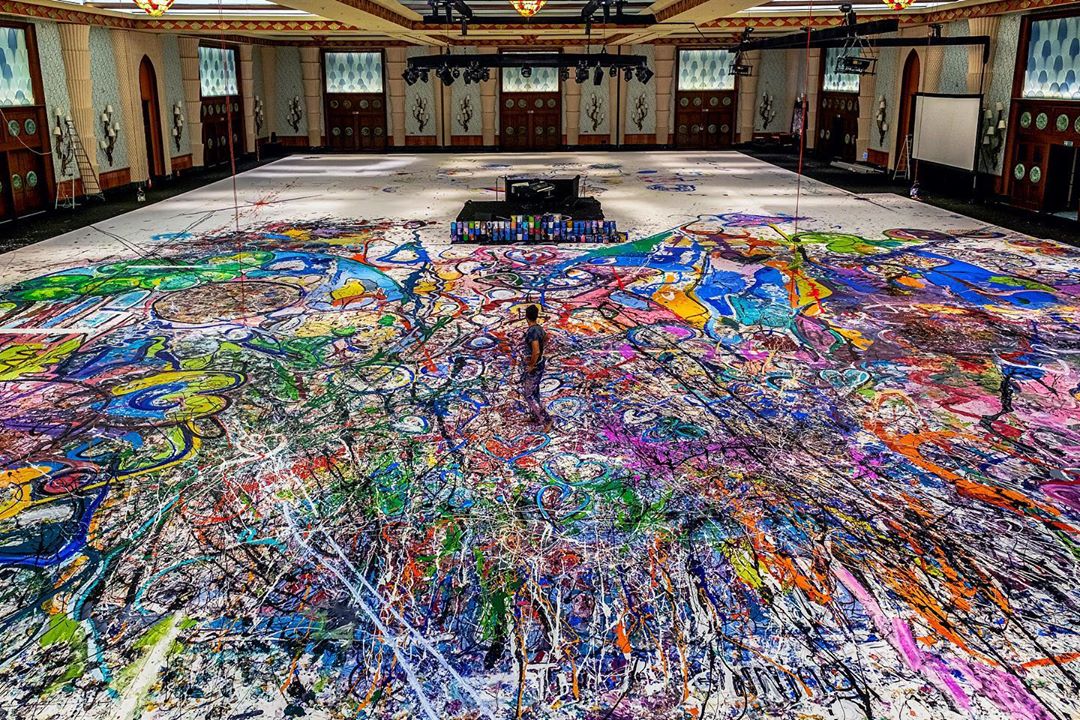 “The Journey of Humanity” by Dubai-based British artist Sacha Jafri will be auctioned in Dubai in December in an effort to raise $30 million.

Jafri is also inviting children across the world to submit their own drawings centred on the themes of “separation/isolation” and “connection”, which he will then paste to the first layer (‘the soul’) of “The Journey of Humanity.”

“I am calling each and every youngster out there, to create a piece of art. A drawing, a sketch, a collage, a painting – which represents how you feel right now. Paint the World as you see it lived. LET’S PAINT THE WORLD A DIFFERENT COLOUR,” the artist said in a statement.

Once completed, “The Journey of Humanity” will measure 18,000 square metres, which is approximately the size of two football fields combined.

The work will then be submitted to the Guinness Book of World Records to claim the impressive title of largest canvas painting ever created by a single artist.

When hitting the auction block in December during a gala dinner in Dubai, “The Journey of Humanity” will reportedly be split into 60 smaller canvases that will each measure 30 square metres.

Proceeds from the sale will benefit the charity initiative “Humanity Inspired,” which is part of a larger project headed by UNICEF, Unesco, the Global Gift Foundation and the United Arab Emirates-based philanthropic organization Dubai Cares.

The philanthropic humanitarian mission aims to mitigate the gap in digital access between developing and industrialised countries.

Beauty & Wellness
Sign up to get the latest luxury and lifestyle news delivered to your inbox.
Sacha Jafri
AFP Relaxnews
ART