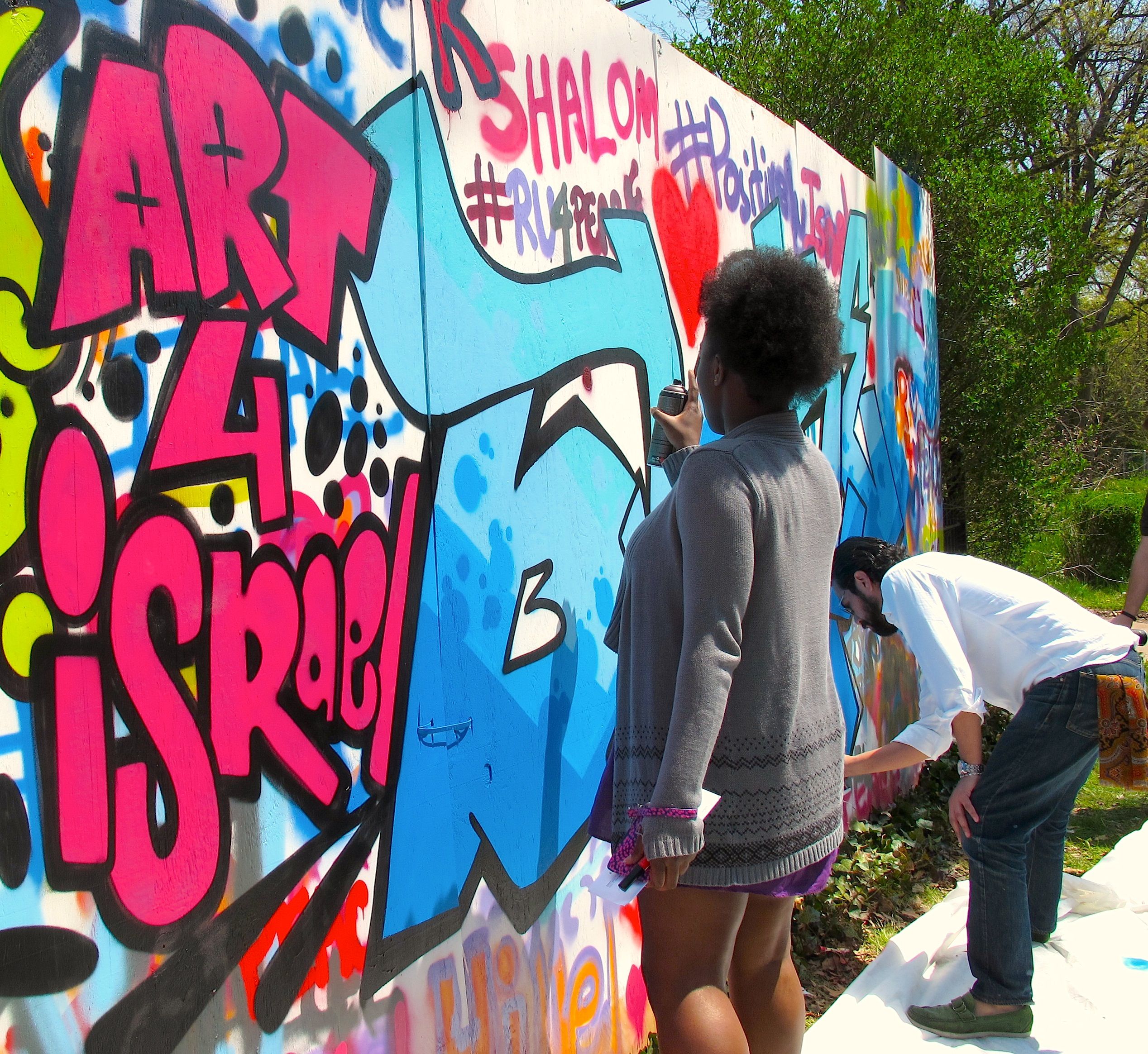 “Love one another, but make not a bond of love: Let it rather be a moving sea between the shores of your souls.” – Khalil Gibran.

What do you think on Khalil’s quote? As a Lebanese writer, poet, and visual artist, Khalil Gibran’s quotes are always reminding us to have a peaceful mind. Does art can really promote peace? Robert L. Lynch, President and CEO of Americans for the Arts said in Huffington Post, “The arts help communities affected by tragedy to find comfort and hope through commemoration and remembrance activities.” One of the powerful example was when Jean Jullien, a French graphic designer created an Eiffel Tower peace sign drawing and tweeted it with the caption “Peace for Paris.” It became a symbol of hope and solidarity when people started to retweet, reproducing the image, and slogan from all over the world.

That kind of spirit continues today. From February 18 to March 1, Artists 4 Israel is bringing top graffiti artists to Indonesia to promote tolerance and speaking out against bigotry, including Islamophobia, homophobia, and anti-Semitism. They will be touring from Bali, Flores, Jogjakarta, and coming back to Bali again to end the trip. “These kinds of artistic exchanges are critical to combating racism in all its forms,” says Craig Dershowitz, Founder of Artists 4 Israel. “Whether the brand of racism is Islamophobia, homophobia or Antisemitism; racism is ugly. The best way artists know to combat that is to create something beautiful in its place.”

Indonesia will be the organisation’s first trip to Muslim majority country. In previous trips, the artworks had been seen at bomb shelters in rocket-blasted Sderot in Israel near the Gaza strip, the war-torn border of Syria, and parts of South Africa. In Indonesia, they are collaborating with local artists and using their skills to bring beauty to buildings and understanding between populations.

“I always try to share a positive message,” says renowned urban artist Dheo, “but when I’m painting in foreign countries I think I’m extra careful with the way I represent my concepts and ideas. It is very important to me to absorb the environment – the local people and their energy – before I paint. It will help me better understand how to mix their vision with mine to create something appealing and based on love, peace and unity.” Another artist from Portugese, Pariz One, shares, “Since I am a graffiti artist, I tasted discrimination in the early years of my career. This challenged me as a person and artist. With hard work, conversations, and big murals I flip the coin and turn haters in admires.”

You can see their work in these dates: