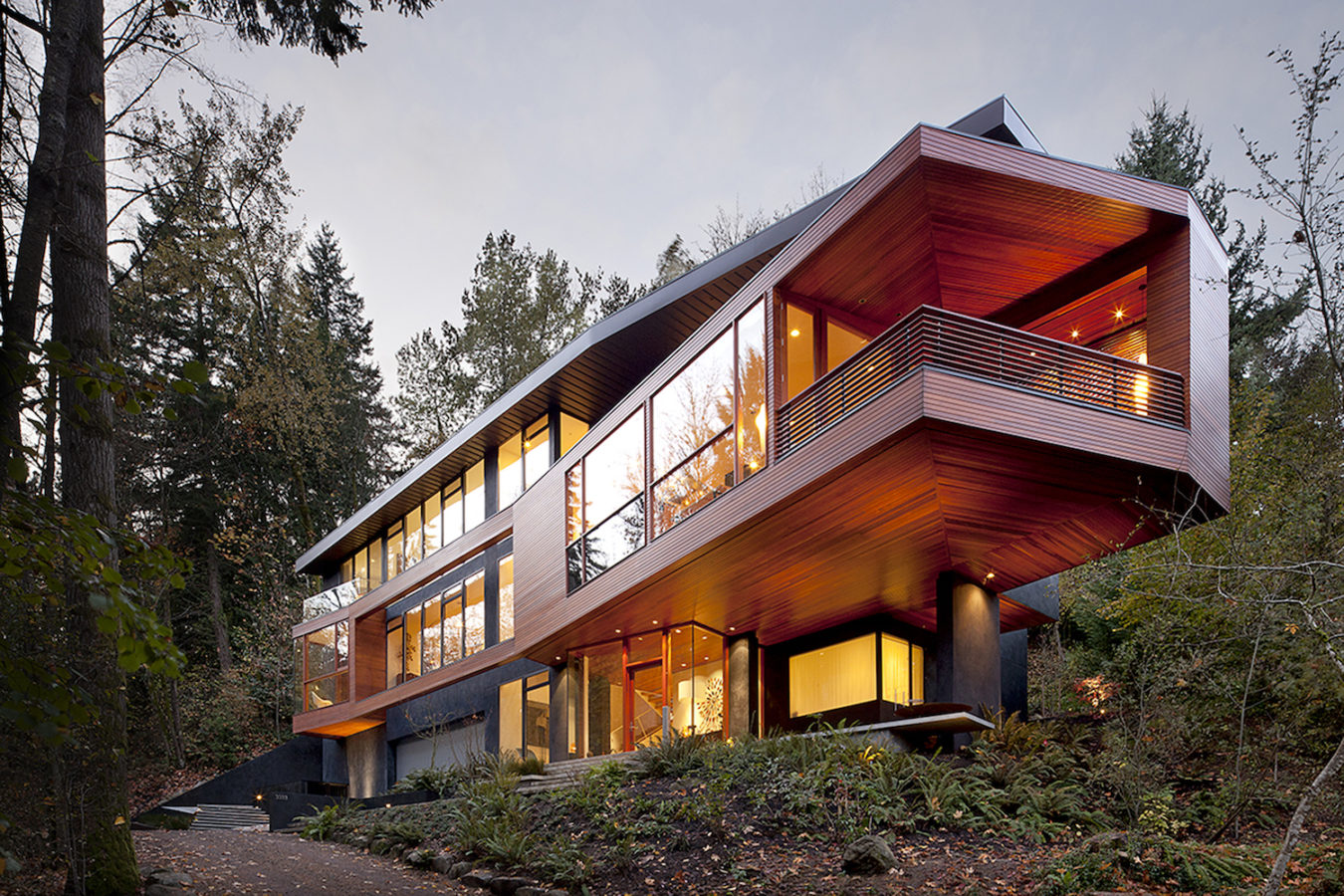 Many directors have mastered the art of turning sets into characters, almost.

Just think of the whimsical landscapes a la Wes Anderson’s The Grand Budapest Hotel, the pastel avenues of suburbia in Edward Scissorhands, or the titular Americana hotel in Bad Times at the El Royale. These sites, and many more, aren’t just spaces where the action occurs. They contribute to the action.

With Bong Joon-Ho’s Parasite sweeping the Oscars 2020, attention being paid to film sets has never been more rampant. The house of the Parks, where most of the action in the Korean film unfolds, is so intricately constructed that it is every viewer’s second-best takeaway from the film — naturally, the rampant plot twists take first place.

As Parasite enters the cinematic hall of fame for set design, we offer a retrospective at other iconic houses in movies, most of which have shed their film fame for a new lease of life as private properties.

When we first see the Park’s lavish estate in the film, the housekeeper introduces the modernist building as one designed by star architect Namgoong. Namgoong may be fictional, so all due credit for this impressive set goes to production designer Lee Ha Jun, who built the house from scratch to director Bong Jun Ho’s specifications, and trust when we say there were numerous things to factor in, from camera angles to the manipulation of natural light to enhance the mood in certain scenes.

The home is built solely for the film in an outdoor lot of a studio, so, unfortunately, it is not a liveable space, but this fact makes the detail of the set all the more impressive.

Rockstar Jackson Maine’s house in A Star Is Born was revealed to be a real home, housed in the Monte Nido ‘hood of Calabasas. Designed by Douglas Rucker, this estate in the outskirts was recently sold for US$2 million (S$2.775 million).

Quentin Tarantino’s films may court controversy, but there’s one thing that has always been unanimous when it comes to his body of work: excellent set designs. Django Unchained is a prime example thanks to Big Daddy’s house, revealed to be an actual, historic sugarcane plantation known as the Evergreen Plantation in Louisiana that dates back to 1790. The facade of the house designed in the Greek Revival style, with the sprawling staircases from the verandah curving out to the lawn as the most memorable element. Parts of the film were shot here, along with some of the 36 other buildings on-site.

Regardless of your opinion on Twilight, what is not terrible about Stephanie Meyer’s ode to sparkling vampires is the house where the Cullens stay. The leading vampires sure flaunt excellent taste in architecture, though all real-life nods ought to go to Skylab Architecture. Known as Hoke Residence, the property is located on the border between Portland and Oregon’s forest park, designed to show the interplay between the elements and interior drama — an adult treehouse, if you will.

As much as we love Keanu Reeves, The Lake House is forgettable. The romantic drama is a remake of Il Mare, the Korean original, which is far better, in our books. What we remember from the Hollywood copy is the lake house of its namesake, a glass house reinforced by beams that suffused the building with serene light in the day. Architectural styles referenced include the Regency period from the 1800s in England.

The house was built entirely for this film in ten weeks, but later torn down and replaced with a fishing dock as it did not fit certain building codes.

Famed American architect and spearheader of the Googie style John Lautner is the man behind this famous house from the classic Bond film. The futuristic villa is called the Elrod House, and is the site for billionaire Willard Whyte’s holiday home in the film.

Designed in 1969, the space spans a staggering 9,000 sq.ft. and has five bedrooms. It has changed hands since its cinematic debut, last sold in 2016 for US$7.7 million — slashed by almost half from a previous US$13.89 million price tag in 2009, according to Realtor.com.

Ferris Bueller’s Day Off is a teenage comedy classic that will go down in history for two things: the story, of course, but also the Ben Rose House, family home to his sidekick Cameron Frye. The glass-walled estate is designed by A. James Speyer, the protege of Mies van de Rohe, and was briefly slated to be demolished until it was bought for US$1.06 million (S$1.47 million) in 2016, then renovated, complete with a new garage that can house not just one, but two Ferraris.

There are many impressive houses in Francis Ford Coppola’s The Godfather, but Jack Woltz’s mansion is the cream of the crop. This palatial abode spans 50,000 sq.ft., with 18 bedrooms and 29 bathrooms, and has a whole laundry list of famous comings-and-goings outside of Coppola’s masterpiece. Built in 1927 by Gordon Kauffmann, who would later go on to design the Hoover Dam, the Beverly Hills home was famously owned by publishing tycoon William Randolph Hearst. The property later became the honeymoon destination for John F. and Jackie Kennedy, and is now looking for a buyer. A cool US$125 million (HK$969 million) is all it takes.

Style
Sign up to get the latest luxury and lifestyle news delivered to your inbox.
Beatrice Bowers
property

Table Setting: Summer on the Table

Udahara, the Latest Collaboration Between MOIE and Omar Khan Rugs

Lockdown or not, watches with GMT complication, wh

In the August issue, we highlighted the best jewel

Taking a ride to space with an air balloon is not