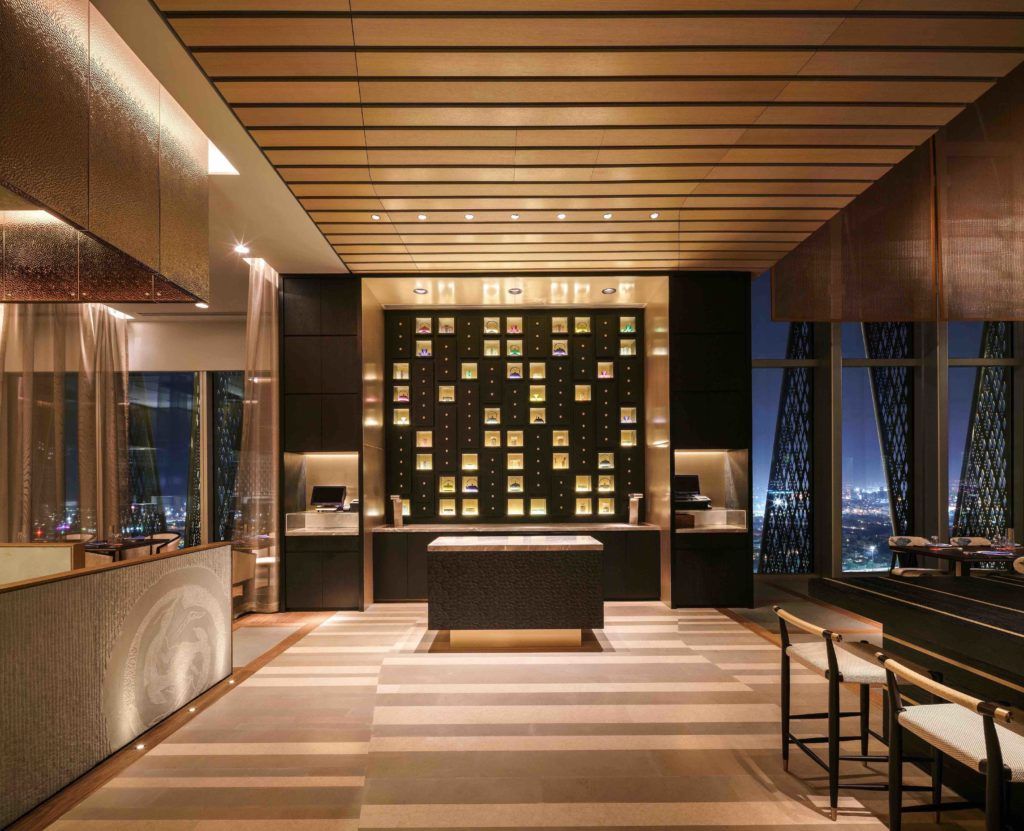 To Filippo Gabbiani, “sustainability” can mean many things. “It could be in the materials you use, renovating an existing building or the economic sustainability of a space. It could be the strategic redevelopment.”

Since landing in China two decades ago with business partner Andrea Destefanis, the two Italian-born architects and founders of Kokaistudios have worked on some of the country’s most interesting projects, including the sympathetic renovation of Shanghai’s neoclassical column-fronted Bund 18, a pioneering project that lasted two years and remains a monument to a movement that’s swept the city’s skyline.

When I call Gabbiani in Shanghai, he’s just about to prepare dinner for the family, and his son can be heard running around in the background. With two days left of his 14-day home quarantine during the COVID-19 crisis, the architect is eager to get back to business. China’s largest city is slowly returning to normal.

As much as their award-winning practice has carved a niche for meticulous, elegant historical renovations, much of Kokaistudios’ work is radically challenging the “sociality” of their spaces. Although the studio was established in Venice in 2000, it relocated just two years later to Shanghai, where it’s emerged as a champion of this approach in Asia. And no matter whether the building is old or brand new, that idea – combined with the immense scalability and speed offered in Asia – it can make architectural work utterly transformational. “When Andrea and I finish a project, we hide inside the space and watch how people experience it for the first time” Gabbiani says. “We stay there for hours.”

“When you renew a stuffy former bank and make it into a new lifestyle space in Shanghai, the result can be incredible. That’s reenergising the space with a society. When you redesign a an old factory that used to house 1,000 workers into a design centre on Shanghai’s Jianguo Lu artery, as we did some years ago – the first project of this kind in the area – it’s also super-sustainable.”

The duo’s work has taken them from august institutions to clever F&B concepts like the Brasserie at the Four Seasons in Kyoto, luxury stores and innovative retail interiors for Shanghai’s Reel Mall and Hong Kong’s K11 Art Mall. But smaller-scale projects remain here and there, such as intimate residences and the revamp of a 1930s villa for a Shanghai couture house.

Investing in the renovation of beautiful but often dilapidated European style architecture all over Shanghai, the studio promotes a sense of sustainability through preservation of this history. The old can blend seamlessly with the new sometimes, and turning the messy combination of blocks at 769 Huahai Lu into the Richemont Group’ new sleek Shanghai Headquarters is just one example. The revamped Xintai Warehouse along Suzhou Creek is another.

Maintaining a sense of history while bringing life back to these once derelict areas “boosts the social engine of the space, connecting people on a urban scale”, Gabbiani says. And trust the Italians to be so adept at injecting that warm, human touch to spatial interactions.

Visually, their style has a fantastic range. Just look at the holistic attitude to their design of Social House by Xintiandi, a two-floor space mixing retail, F&B and lifestyle, inside Shanghai’s Xintiandi Plaza central business district. Designed with a soothing, relaxing feminine aesthetic, this is a space for openness, exchange and vital socialising. Meanwhile, one can see in the fluid forms of the Altlife Bookstore in the eastern port city of Ningbo a lovely example of how organic geometry in architecture can encourage people to be curious and move around. “We created a place for people to linger and spend time in,” Gabbiani says of this lifestyle destination.

Contrast that with the Tsinghau Law Library or the much heralded five-star Capella Hotel hospitality project in Shanghai, a stone’s throw from my own apartment in the city. I would often cycle by the formal red-bricked property on Yongjia Lu, admiring the traditional Chinese shikumen building typology that I knew lay inside.

After living in the Chinese metropolis for 18 years, it’s no surprise that Kokaistudios has so many projects in and around Shanghai. But farther-flung cities such as Dubai, Tokyo, Paris, Singapore, Kuwait, Moscow and Kuala Lumpur have also come calling.

“Kyoto was an unbelievable project,” recalls Gabbiani of the restaurant finished in 2016. “I loved it, we were working in the middle of a UNESCO temple area and it was just amazing. “At the Kyoto Four Seasons Hotel and Resort’s ‘Brasserie’, Kokaistudios took a bold leap in combining a strong architectural approach and interiors with an original use of materials and light. Referring Japanese material philosophies of interaction between nature and human design, they managed a rather seamless interplay between the 5-star Brasserie Lounge and Restaurant that faced onto a centuries-old Japanese garden and pond.

Kokaistudios recently moved to big urban planning and design projects like the newly imagined Anting New Town Centre, completed last year. Beyond pure architectural design, projects like this are shaping how people interact in their towns. Covering 50,000 square metres, the urban renewal project in Anting (a satellite town 60km from Shanghai) upgraded and redesigned its Central Square, which included an elevated “twisted sail”-like canopy, while extending its four axes. The work transformed an under- used, ill-equipped space” into a vibrant hub with areas to sit and socialise around a pavilion for events or games (there’s a basketball court and playground) and simply hanging out.

Gabbiani and Destefanis have this habit of soaking in their handiwork through watching the physical and emotive reactions of others in the new spaces – a sort of spy-like observation after each job is one. The feeling is one of partial accomplishment. “Why partial? A lot of architects are never really satisfied by what they do. We do have a perfectionist nature,” Gabbiani explains. “We always say that we should design for the people, the social experience, to see how the space is lived … and sometimes architects are designing more for themselves.”

So what attracted Gabbiani to architecture in the first place? Was it growing up Venice, one of world’s most famous architectural wonders? Or perhaps being raised in a family of designers, artists, art dealers and famous glass craftsmen from that ancient waterborne city?

“I’ve been drawing since I was 10 years old, but originally I wanted to be an industrial designer, even after I studied architecture at university,” he says with a laugh. During his studies, he and some classmates invented a new type of solar cell that was transparent like glass (poetically linked to his own family’s glass art background in Venice). But lacking the capital to bring those ideas to market left them with no choice but sell the patent to American buyers who used the technology to create solar shields used in space by Nasa.

Selling the patent allowed Gabbiani to buy his house, and start Kokaistudios with Destefanis at the age of 30. But it would be many years before he landed in China. He lived and worked for firms in Canada, the US, and then Denmark – consulting with big architecture and design companies on projects. One of those projects drew him to Hong Kong, where he soon met Ailing Chang, the art lover and entrepreneurial owner of Shanghai’s famous Bund 18 building. The Kokaistudios co-founders were the first to land in the heritage edifice, and once they’d agreed to take on the project, it quickly evolved to a team 33 people working on it full time for two years.

“I’ll never have another experience like Bund 18 in my life, because we really ran everything from the start,” says Gabbiani wistfully. It’s clearly the project that has most emotional resonance even today. Arguably this was the big turning point of his career and life, allowing him to form more solid roots after years of globetrotting.

Completed in 1923, the former neoclassical building was the China headquarters for the Chartered Bank of India, Australia and China, and has unparalleled panoramic views of Pudong’s famous financial skyscrapers and the Huangpu River. It remains one of the city’s hot spots, a personal haunt when I’m in Shanghai, and home to Hakkasan, Mr and Mrs Bund, L’Atelier de Joel Robuchon, and the notorious Bar Rouge. Having set a new standard for heritage revitalisation in the city through a meticulously researched approach to restoration, the results won a 2006 Unesco Asia Pacific Award of Excellence for Cultural Heritage Conservation.

“Transforming it was just amazing,” Gabbiani says, pausing, almost taken aback by the flood of memories. “I mean … can you imagine?