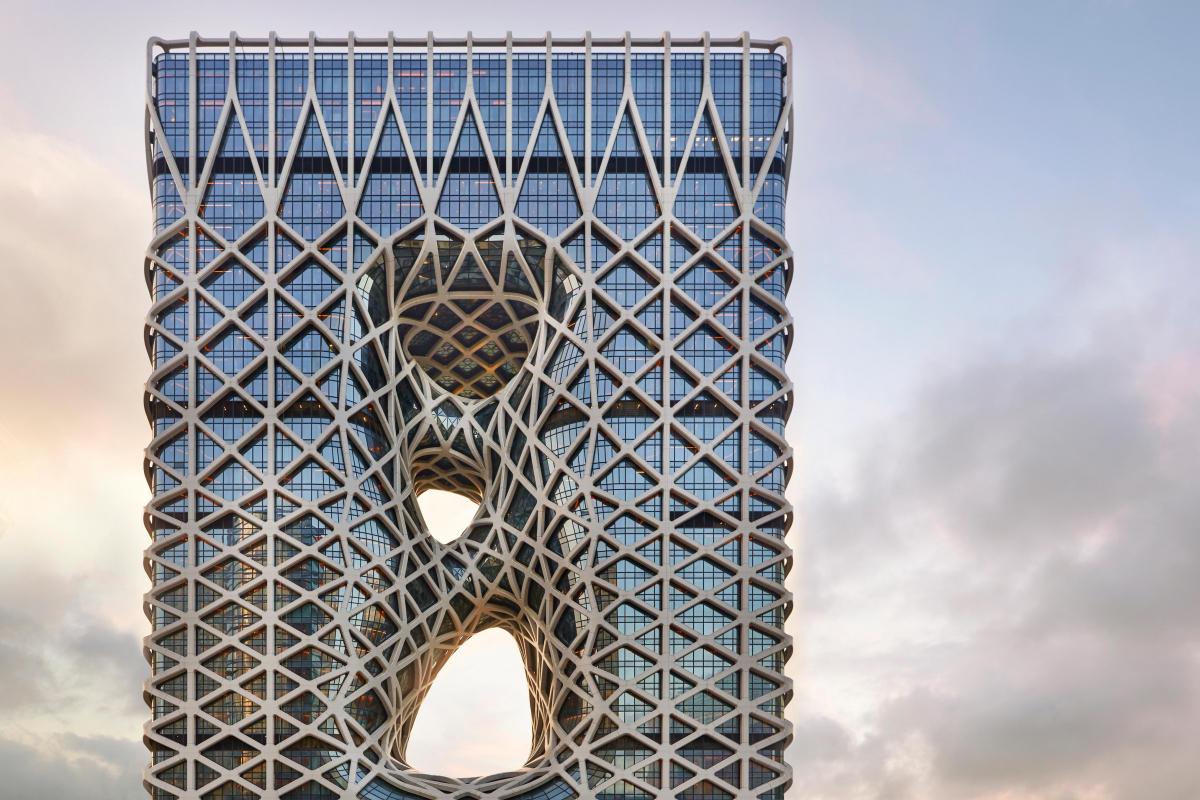 How do you solve a problem like Macau? Asia’s mecca to those courting Lady Luck, the city’s casinos bring to mind garish warehouses replete with flashing neon lights, crowded gaming tables and machines blaring electronic notes for hordes of gambling ghouls who peer blearily at their cards or press buttons with bated breath, oblivious to whether it’s night or day.

The gaming industry has been a cash cow for the special administrative region, turning the once sleepy town into a heaving tourism magnet that welcomes millions of visitors a year. Yet the city’s reliance on gambling revenue is now a pressing issue that the Macanese government is keen to address. In light of the gaming and tourism industry crash, following China’s anti-corruption crackdown, the Macau authorities mandated that businesses work to diversify revenue beyond gambling, a lofty aspiration given the vast percentage that gaming contributes to the city’s GDP.

This June, Lawrence Ho, chairman of Melco Resorts & Entertainment, made good on his promise to deliver a property that offers more than just gambling. It comes in the form of Morpheus – a 772-guestroom luxury lifestyle resort (with, yes, a casino) designed by none other than Zaha Hadid Architects.

What did the architectural firm, renowned for creating mammoth structures that instantly rejuvenate the areas in which they’re built, want to create for Macau? Viviana Muscettola, associate director at Zaha Hadid Architects and project leader for Morpheus, calls it a special place, citing an unprecedented international collaboration between designers, firms and client as the reason for its uniqueness.

“Lawrence was looking for something unseen,” she says. “When you find yourself in the very lucky combination of a very creative office like ours and put it together with a very illuminated client who really doesn’t limit what he wants to achieve, that’s where you get the sparkle, the fireworks for both parties.”

Patrik Schumacher, principal at Zaha Hadid Architects, is the man who picked up the reins after the death of the firm’s founder in 2016. He adds, “You find urban districts all around the world. They’re a collection of different icons so it’s very difficult for the collection as a whole to build up a character. So what we thought was to bring a new identity with a bold statement just to speak for itself.”

The building is deceptively simple from afar, a glass structure with a shape that brings to mind the Arc de Triomphe. A closer look, however, calls attention to a geometric cladding (realised with the help of shipbuilders) that forms the world’s first ever free-form exoskeleton high-rise structure – eradicating the need for internal walls or columns within the building – and at 40 floors, Morpheus also boasts a 35-metre-high atrium, something Schumacher calls “the peak of what we’ve done so far.”

How the firm came to this twisting nodular structure is attributed to Hadid’s interest in Chinese stones. “Zaha was interested in these rocks that get washed out and eroded in Chinese gardens,” says Schumacher. “That was one inspiration for this. The other is jade carvings, but it’s nothing you can directly pin down.”

Amid all the discussion about what’s likely to become an instantly recognisable exterior, it would be remiss not to discuss the way the facade feeds into the interior experience. To Muscettola, what the building offers is the ability to create journeys. “The building frees up spaces for mixed use,” she says, “because there are a very limited number of columns throughout Morpheus, which means you can effectively rearrange all of the interiors of this building without having to touch anything from a structural point of view.

This is not without purpose. Known for his work with atria, and with a PhD in philosophy under his belt, Schumacher sees the exterior-interior dialogue of the building as a way to feed into modern urban society. Hollow buildings are, according to Schumacher, the key to communication.

He continues, “The atrium is the contemporary version of a plaza or public square, except it’s fully three-dimensional.” More than that, the key to the atrium is to evolve tourism towards a more modern experience.

“Why do you step into a city?” asks Schumacher. “You want to see many people. You want to get a sense of what’s going on. The atrium is seeing and being seen, visual connection – unfolding for you the offering of an entire building so you get many choices at your fingertips.”