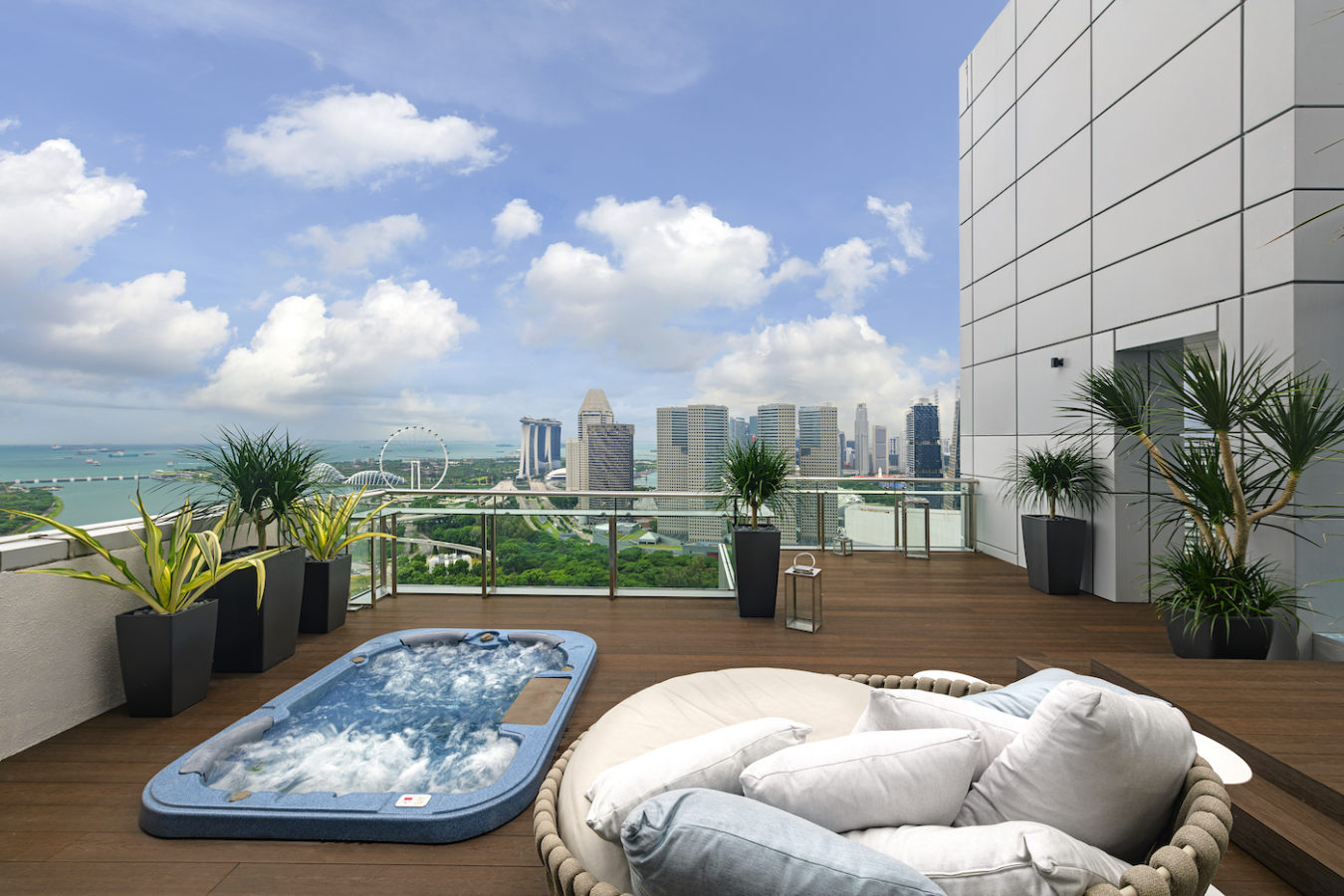 4 Top-of-the-Line Luxury Penthouses From Around the World

Owing a Penthouse is a must for many real-estate aficionados. These trophy properties represent the best of everything, from world-class design and coveted amenities to far-reaching views that give guests and residents the feeling they’re living on top of the world.

The penthouse lifestyle has an exclusivity all its own, but some of the world’s most impressive spaces also include luxuries that make them even more unique. That’s in addition to the finest finishes, top-of-the-line appliances and integrated technology throughout the home. Whether it’s an irreplaceable piece of architectural history or a new starchitect-designed project complete with a custom Rolls-Royce in the garage, these penthouses have extras that bring them to the highest level.

The Pinnacle Penthouse at The Woolworth Tower Residences, New York

The Woolworth Building was the tallest skyscraper in the world when it opened in downtown Manhattan in 1913. The observation deck at the former headquarters of the five-and- dime-store chain was a tourist destination for visitors from around the world. Now that historic space is part of the Pinnacle Penthouse.

Originally designed by architect Cass Gilbert, the tower has been painstakingly restored, from its famous terra-cotta facade to the gargoyles dotting the roof line. French architect Thierry W Despont created its 32 bespoke residences to celebrate the legacy of the landmark building.
The 9,800-square-foot penthouse, on offer from US$79 million, is fully customisable. Two pre-designed layouts are available — a five-floor configuration by Despont and another by New York-based architect David Hotson that envisions a sixth storey. With 125 windows, the observation deck and 24-foot ceilings in the main reception area, residents will be treated to 360-degree views of the city and the harbour. And those vistas are protected, as the tower is adjacent to City Hall Park in Tribeca.

“This is art,” says Sotheby’s agent Stan Ponte, who shares the listing with Joshua Judge. “You’re buying something that no one else can own anywhere else in the world. It’s not replicable, not replaceable, not rebuildable. It’s the only one. And it will always be the only one.”

The Teahouse at The Kita, Tokyo

The Kita is the first multi-family project in Japan entirely designed by Kengo Kuma, the award-winning architect behind the Japan National Stadium, created for the Tokyo 2020 Olympic Games, and the Nezu Museum in Tokyo’s Minato district.

Kuma has worked with Vancouver-based developer Westbank on several projects in Canada and the US. For the Kita, he’s created a “light well” that surrounds the building, with a slatted metal screen as the facade that allows residents to see out, as well as protecting them from the gaze of passers-by. The building has 12 residences.

The penthouse, which is priced from 5 billion yen (HK$367.2 million), features a total of 10,000 square feet of living space spread across three levels, half of which is outside. It features two private terraces and a roof deck with a 25-foot infinity pool and a teahouse, which Kuma will create specifically for the buyer. There are commanding views of the city, the nearby Meiji Forest and the Meiji Jingu Museum, also designed by Kuma.
A private design session with the architect is also part of the package. Buyers will be flown to Tokyo to meet the architect in his studio, and the residence will be designed to their exact specifications. And to make the offering even more distinctive, the Teahouse also comes with a Rolls-Royce Dawn convertible that was custom designed by Kuma.

It won’t come as a huge surprise to hear that the US$50 million, seven-bedroom and eight-bathroom penthouse on the 63rd, 64th and 65th floors of Miami’s 66-storey Aston Martin Residences comes complete with one of the British luxury brand’s automobiles.

The white Aston Martin Vulcan, which is currently on display at the residences’ sales centre, is one of only 24 examples of the brand’s all-carbon-fibre supercar, which is powered by a 7-litre, 820bhp V12 engine. The $3.2 million limited- edition vehicle was inspired by Miami’s tropical surroundings and is engineered for track driving only. As well as receiving this piece of automotive art, the penthouse’s purchaser also enjoys membership of an exclusive owners’ club.

The 27,191-square-foot penthouse, which is accessed by a private elevator, includes almost 20,000 square feet of interiors, which can be customised with bespoke finishes by Aston Martin. Outside is more than 7,000 square feet of space across wrap-around terraces on each of the three floors, which encompass the penthouse’s own private pool. The building, with a total of 391 residences, was designed to a nautical aesthetic by Revuelta Architecture and Bodas-Miani- Anger, and overlooks Biscayne Bay and the Atlantic Ocean.

Priced at S$48 million (HK$281.65 million), the penthouse on the 39th and 40th floors of Singapore’s Concourse Skyline boasts a host of amenities created specifically for its 11,130-square-foot space. Among them are a chandelier installed by the Paris-based glass artist Nathalie Ziegler; a limited-edition custom rocking chair by British-Israeli designer Ron Arad; and an installation by Lasvit, a Czech- based manufacturer of bespoke lighting and glass installations. Music lovers will be intrigued by the free- standing Meisterstuck Soundwave bathtub by the German brand Kaldewei, which pulsates to the beat of music when connected via a Bluetooth device.

The residence has almost 360-degree views of the city skyline, including such attractions as the Singapore Flyer observation wheel, the Marina Bay Sands resort and the Marina Bay Golf Course. There’s also a private rooftop terrace with a plunge pool. Also included in the price is a rare blue diamond from the Russian company World of Diamonds and 40-hours of flying time with Singapore Air Charter.

In Our October 2021 issue, we have an exclusive ph

As the world continues to navigate the pandemic af

During an exclusive photoshoot in collaboration wi