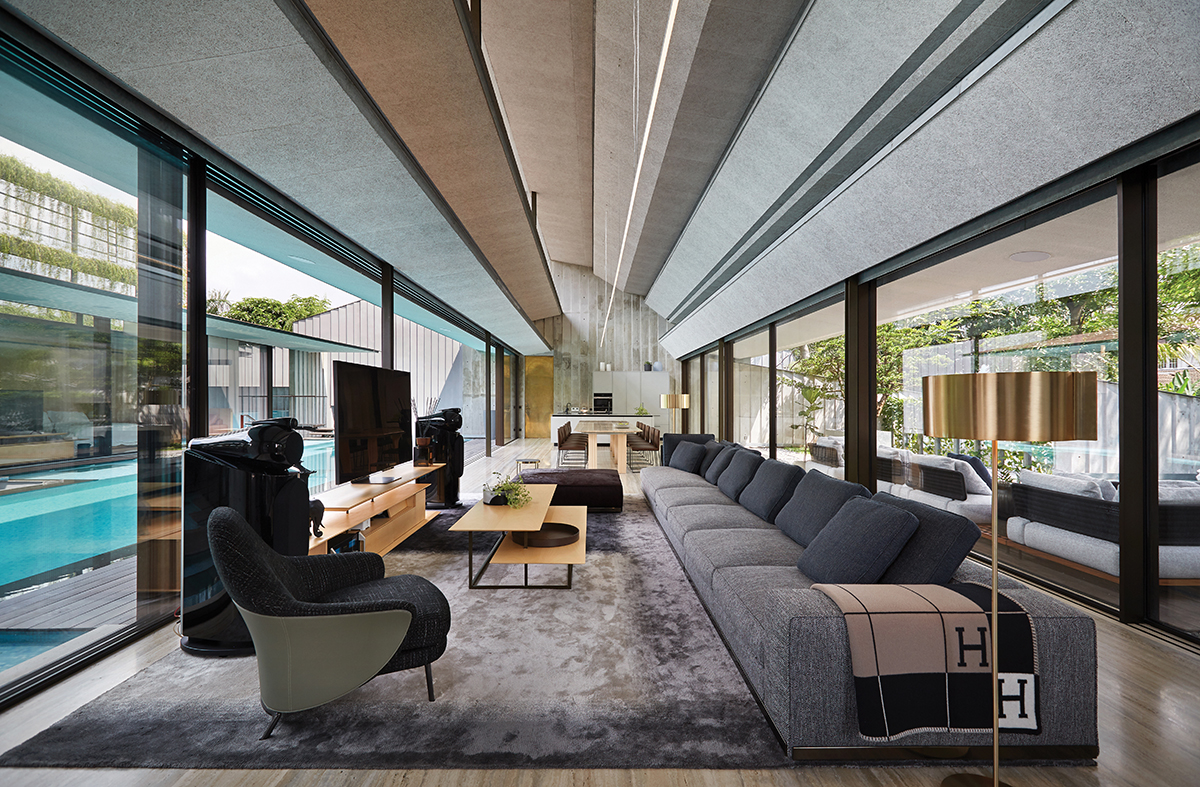 Creating a multi-purpose space to gather family members and colleagues, Antony Liu of Studio TonTon plays with unexpected spaces and presents a closer connection to nature

“In creating a house, it has to represent the owner’s needs and their way of living,” begins Antony Liu of studio TonTon. Having graduated from Tarumanagara University, Jakarta, in 1991 with a degree in architecture, he started his career as a partner architect in 1994. Since 1999, together with his partner Ferry Ridwan, Antony started to work on a number projects, including residences, clubs, resorts, and hotels, to even churches and schools. Later in 2007, they build their own architecture firm and named it Antony Liu + Ferry Ridwan/Studio TonTon. As Antony likes to point out, when it comes to building a house that can be enjoyed for a long time, there’s a synergy and collaboration between the way of living and architecture know-how. “It takes a lot of discussion, exchanging information, in order to create a new originality designed by Studio TonTon but not for Studio TonTon. It has to show the owner’s soul because it is the place where they might be spending the rest of their lives in,” he elaborates. “We have to think about the detail where the architecture offers a good response to the weather and climate. Just like humans, a house has to grow with us and age gracefully. It is important to create something that will last longer and doesn’t need major maintenance along the way.” 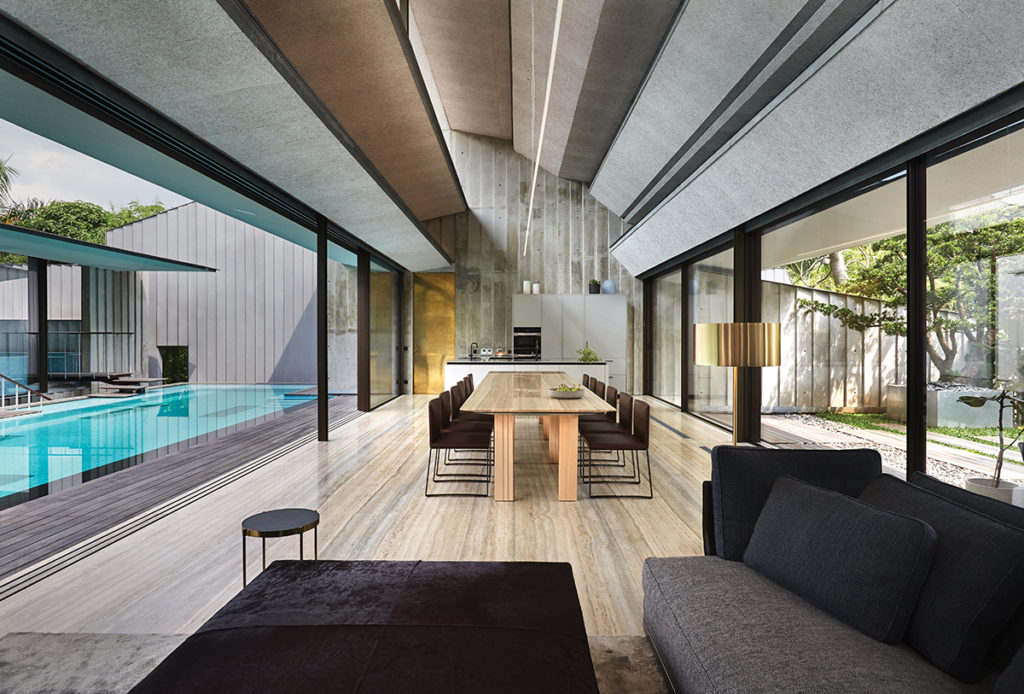 In each of his works, Antony aims for a new originality. This principle is particularly apparent in one of his latest projects: Y House in Pondok Indah. “The client brief was an extension house on 900 square meters of land beside the main house. The initial concept was to create a multi-purpose house with complete facilities to entertain guests and family who stay over. The aim is to facilitate intimate events and parties, as well to fit all the extra needs from the main house.”

When it comes to the design, having a balanced and harmonious relationship with nature is important, especially when it comes to the movement of the sun. “Y House is located in a corner and is surrounded by neighbours who have direct views toward it, which it makes it less private. The sun rises from the back of the house and sets on the front. This is a challenge for me as I have to figure out how to ensure that all the rooms get the same amount of sunlight in the morning while reducing the heat from the midday sun. The idea is to make the house slanted horizontally to the west as there’s less heat and sunlight from that direction.” It took three years from concept to construction until the project was done. And it was surprising to see that it ended up becoming a two-story house. To that end, where Antony shares his design twist: “I was thinking about creating a horizontal shape and making it look like a one-story house. The façade was built slanted to give an elevated illusion and make the ground floor seem to disappear – that’s why we began with working the second floor first. It looks like two layers and we don’t want to be distracted because the highlight is the second floor.” The house’s roof is also quite interesting as it appears as if it was floating, “The idea, again, was about dealing with the climate and weather: How it can survive the rain and winds, and how to avoid leaves going inside the roof area.” 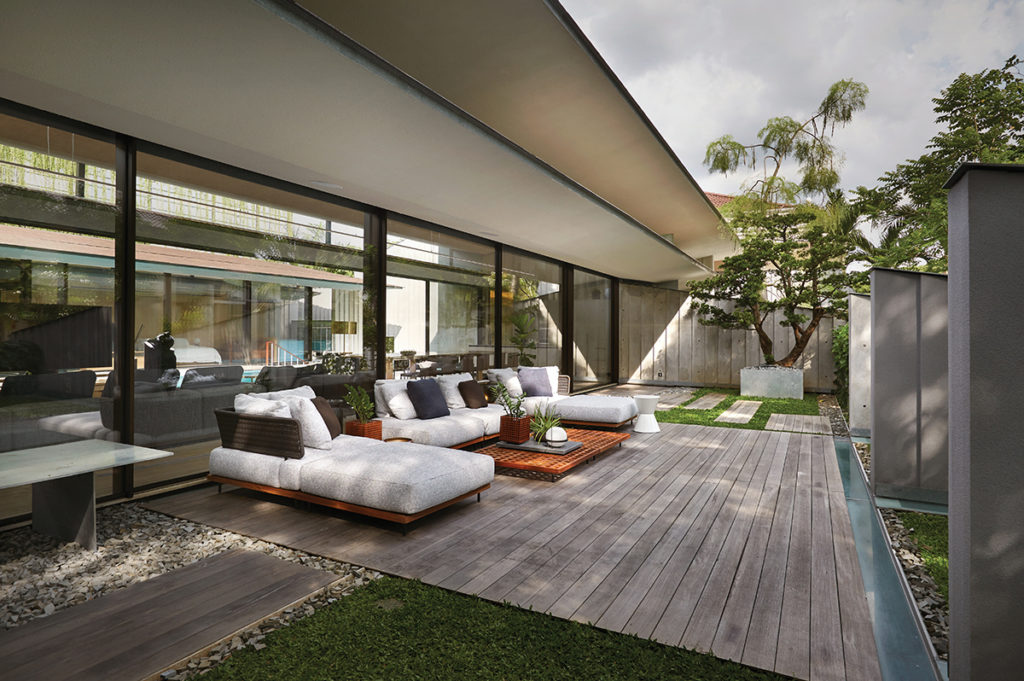 Antony was also in charge of the interior, up to the final touches such as the vase in the courtyard. “For me, the interior is a transformation of the architecture. It’s a part that inseparable,” he explains. “In every work, I try my best to avoid decorative furniture and I always think how they can blend so that the interior can present the soul of the architecture. Looking at the bigger picture, the interior is monochrome but not in a single colour; instead, there’s a play on gradation and texture.” Further highlights inside Y House came from Minotti, such as the Tape Cord Outdoor sofa and table, as well as the West sofa. “I love the terrace area where we have a special area for breakfast with a very durable table and chairs for semi-outdoor activities. What I also love the most is the transparent design where we can easily blur the boundaries between the indoor and outdoor spaces with the three-meter sliding door.” In the end, the house design presents a blended open space, where nature can easily breathe in. 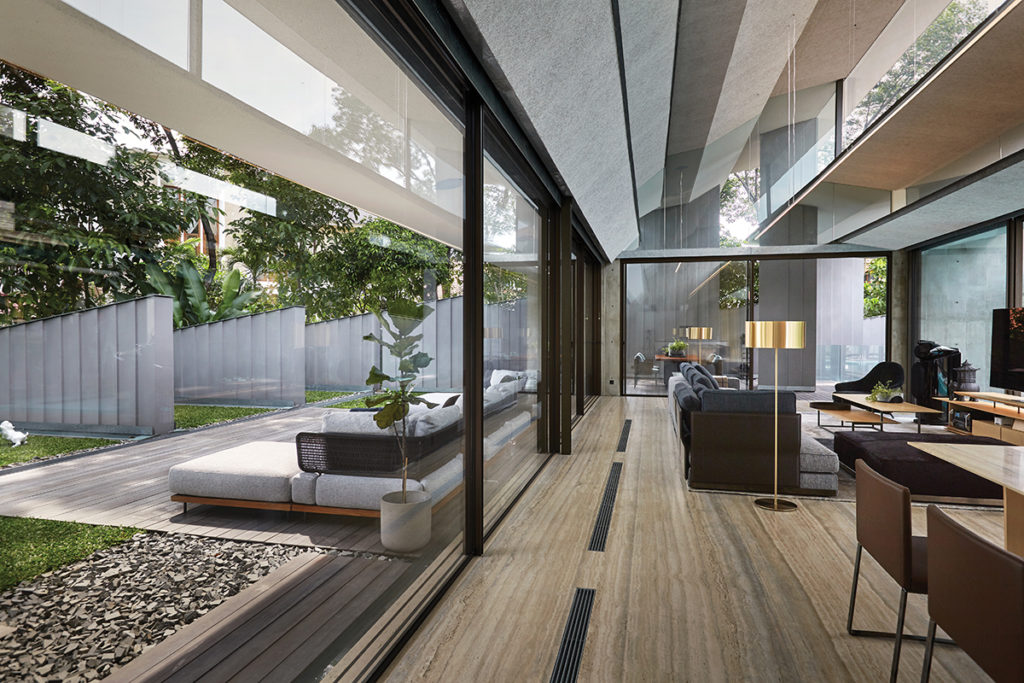 People & Events
By Joezer Mandagi
Sign up to get the latest luxury and lifestyle news delivered to your inbox.
Liviani Putri
Interior Design

4 Top-of-the-Line Luxury Penthouses From Around the World

An Honest Fusion: A Conversation with Architect Duo GamFratesi

Roads Less Travelled: take a glimpse into the futu