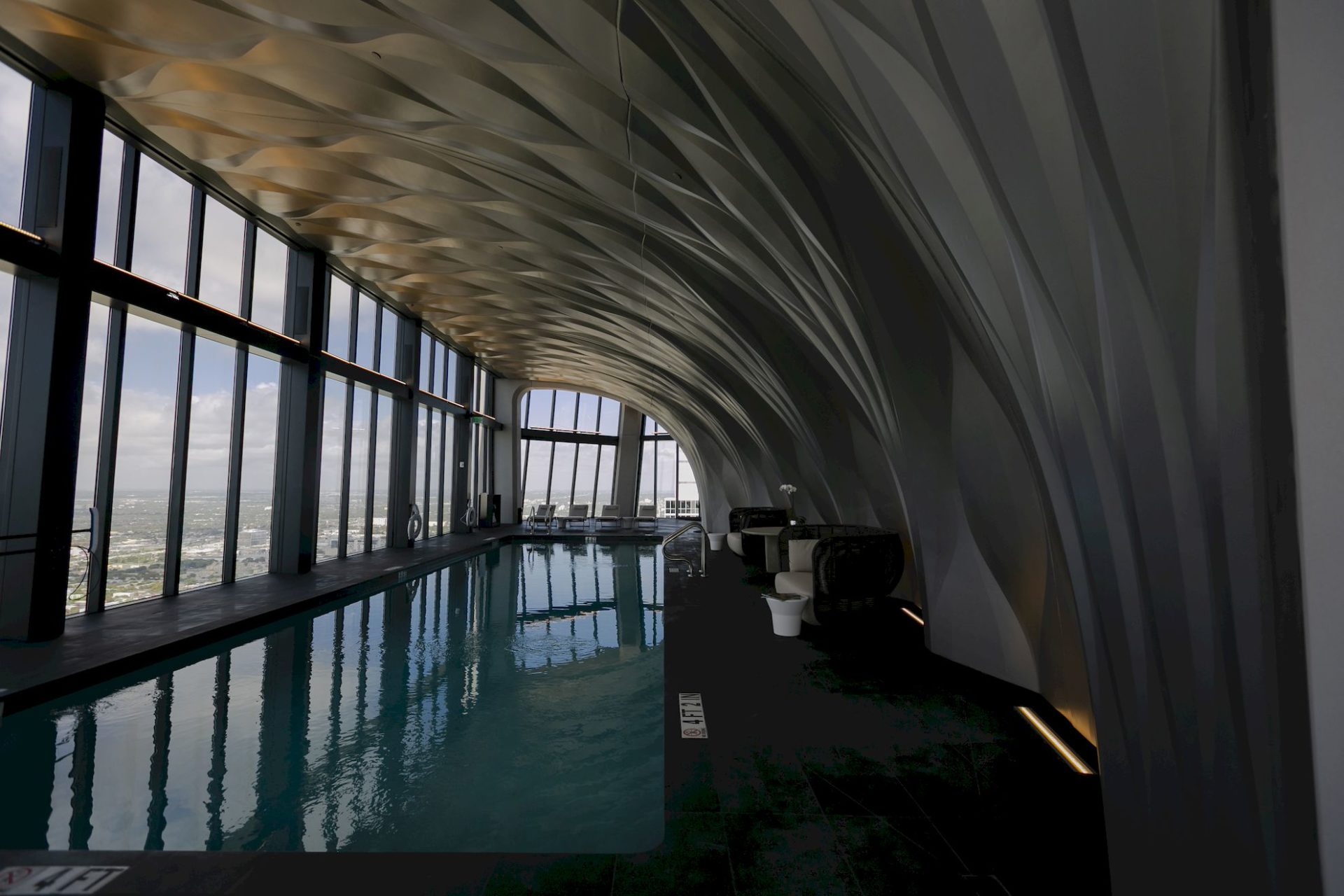 A view of the indoor pool on the roof top at One Thousand Museum. (Photo: Eva Marie UZCATEGUI/ AFP)

In the heart of Miami, among the towering skyscrapers that rise above Biscayne Bay, the eye-catching One Thousand Museum luxury condominium by late star architect Zaha Hadid dominates the skyline. The futuristic building has created buzz for its unique curved “exoskeleton” design, and is the only residential space in downtown Miami with a helipad.

Pursuits
The rise of the super penthouse
design
architecture
zaha hadid
miami
AFP Relaxnews
Talk to Me About:
Architecture