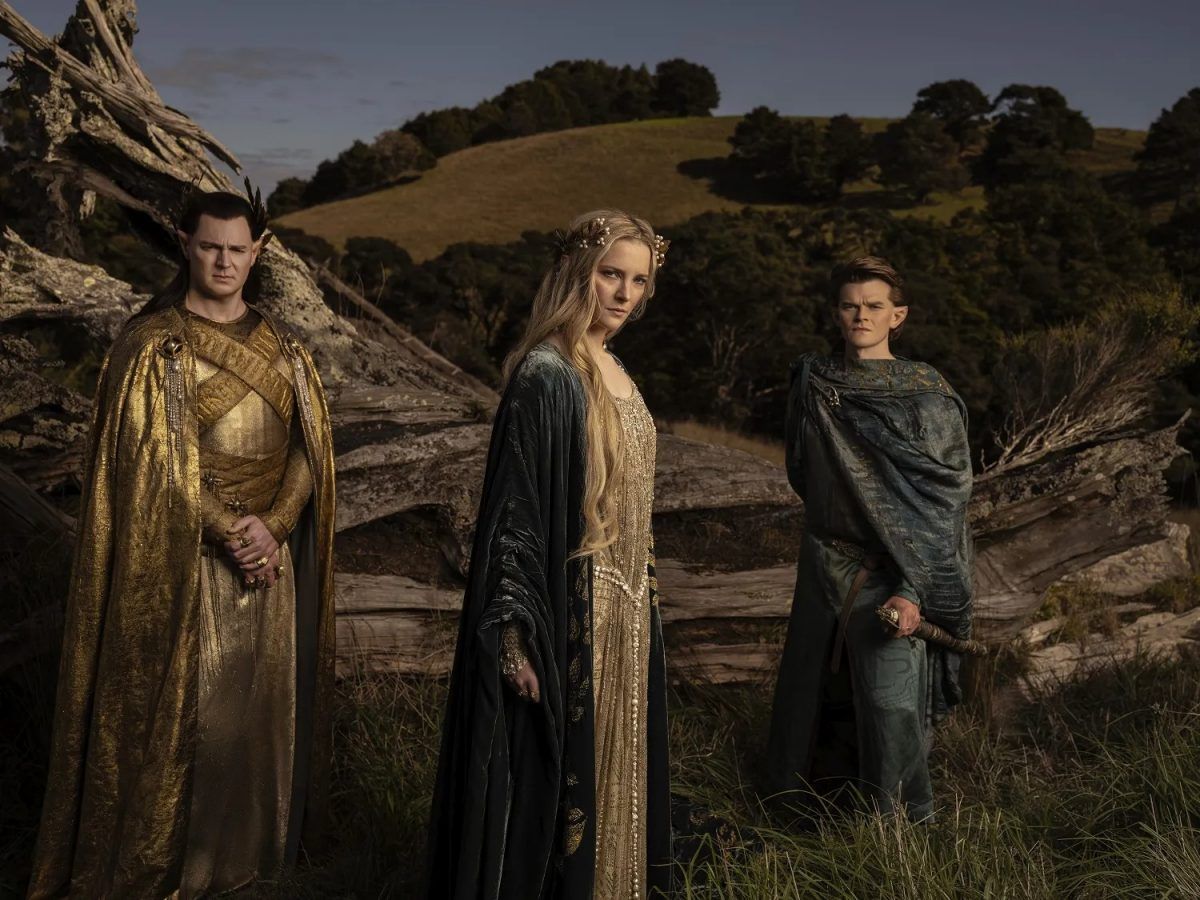 The most expensive TV shows guarantee lavish sets, top-notch effects, and a star-studded ensemble — promising an immersive experience for viewers to binge-watch them from the comfort of their homes. This is primarily because most of these shows are backed by streaming platforms such as Netflix and Amazon Prime Video. Their high production values make these dramas seem like big-budget movies.

As more and more people subscribe to streaming giants, more money is being poured into television content. High spending on projects created exclusively for the small screen has helped not only in a more accurate retelling of stories but also involving the finest of talent. A case in point is The Morning Show (2019– ), which has not one but three Hollywood A-listers in lead roles — Jennifer Aniston, Reese Witherspoon and Steve Carell.

These obvious advantages aside, a hefty budget also helps get the best of CGI teams to work on a project. Can anyone imagine Game of Thrones (2011–2019) without those bone-chilling White Walkers or its prequel, House of the Dragon, without the magnificent dragons? Stories won’t look anywhere close to how their makers conceived them without sufficient budget to pull off some of the most fantastical imaginations of the creators.

The Lord of the Rings: The Rings of Power is, perhaps, a fine example. It is one of the most anticipated TV series of 2022 because fans want to see the breathtaking beauty of Middle-Earth as envisioned by J.R.R. Tolkien in his books and Peter Jackson in two trilogies on the small screen.

The trailers of the series give a glimpse of the artistic detailing the makers have introduced into the show. Everything — from the elven realms to the Dwarven land of Khazad-dûm and the Southlands to the Sundering Seas — looks gorgeous in the trailers. 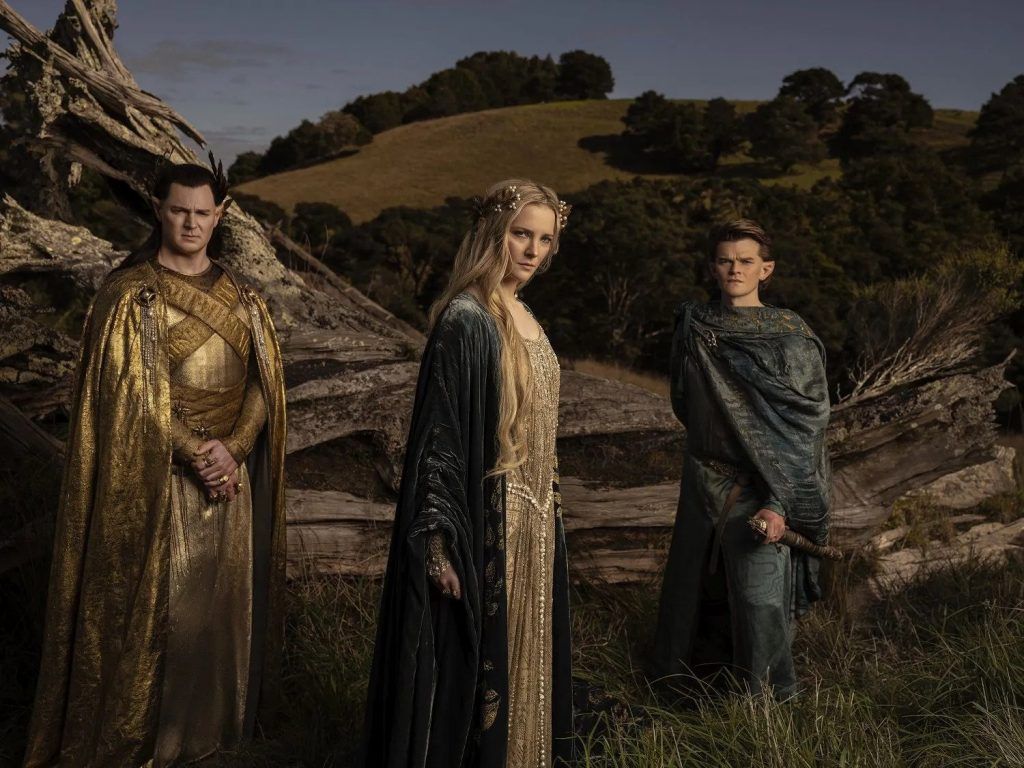 Bringing J.R.R. Tolkien’s monumental saga of the Middle-Earth to the big screen was a herculean effort undertaken in two trilogies in the last two decades. The Lord of the Rings: The Rings of Power marks the first time that the epic high-fantasy is being exclusively produced for the small screen.

Given that recreating Tolkien’s world needs an altogether different level of CGI, make-up, set design, costume design and much more, the budget of The Rings of Power had to be really high. Thus, at USD 465 million for the first season, it is the most expensive TV show ever made.

For comparison’s sake, all three films of the original Lord of the Rings movie trilogy (2001-2003) together cost USD 281 million.

In all, The Rings of Power will have eight episodes in the first season. This means, the per episode cost is around USD 58 million. 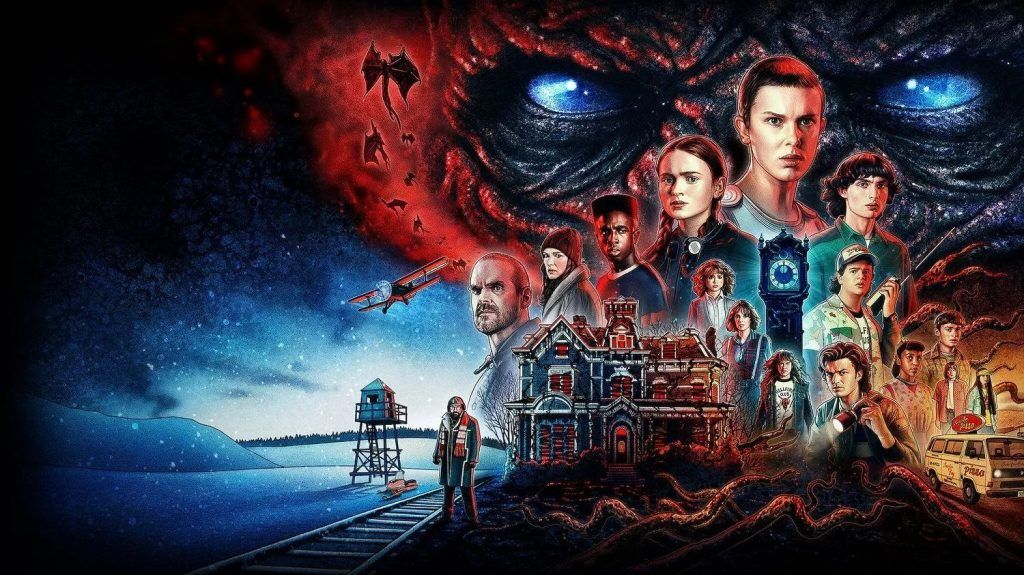 Stranger Things has had an extremely impressive run ever since it first arrived on Netflix. The supernatural horror series takes place in a small fictional American town, where a dangerous experiment opens the doorway to another dimension. As terrifying beings enter the town, a group of kids take it upon themselves to become unlikely heroes.

The fourth season of the series has been one of the most acclaimed. As the makers upped the stakes, the production value needed to make season 4 the best in the series so far pulled in USD 30 million per episode.

Given there are nine episodes, the total budget comes to around USD 270 million, making Stranger Things season 4 more expensive than many big-budget movies and almost at par with the likes of Star Wars: Episode IX – The Rise of Skywalker (2019), which was made on a budget of USD 275 million. 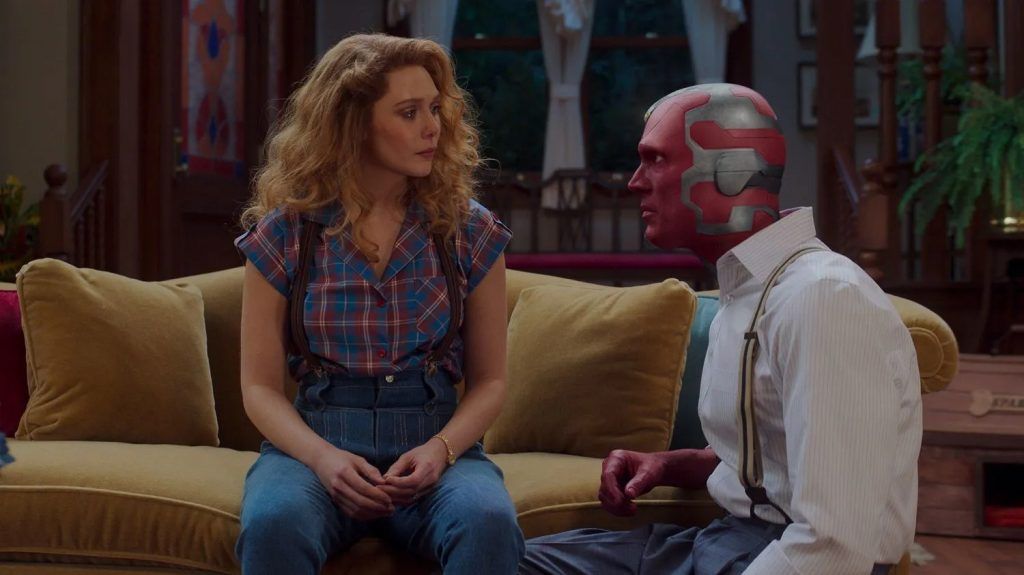 According to a 2019 The Hollywood Reporter report, three Marvel Cinematic Universe (MCU) TV shows which would later be aired on Disney+ commanded a budget of USD 25 million per episode.

The three shows — WandaVision (pictured), The Falcon and the Winter Soldier and Hawkeye — are, therefore, among the most expensive TV shows of 2021, the year when all of them premiered.

Of course, when it comes to MCU serials, a lot of money goes into special effects. Salaries for the actors, the likes of which include Elizabeth Olsen, Paul Bettany, Anthony Mackie, Sebastian Stan, Jeremy Renner, Florence Pugh and Hailee Steinfeld, are a factor too.

Meanwhile, it is not clear how much the producers spent on Loki (2021– ), but it is estimated that the Marvel series starring Tom Hiddleston as the mischievous Asgardian prince must have had the same budget as the other three. 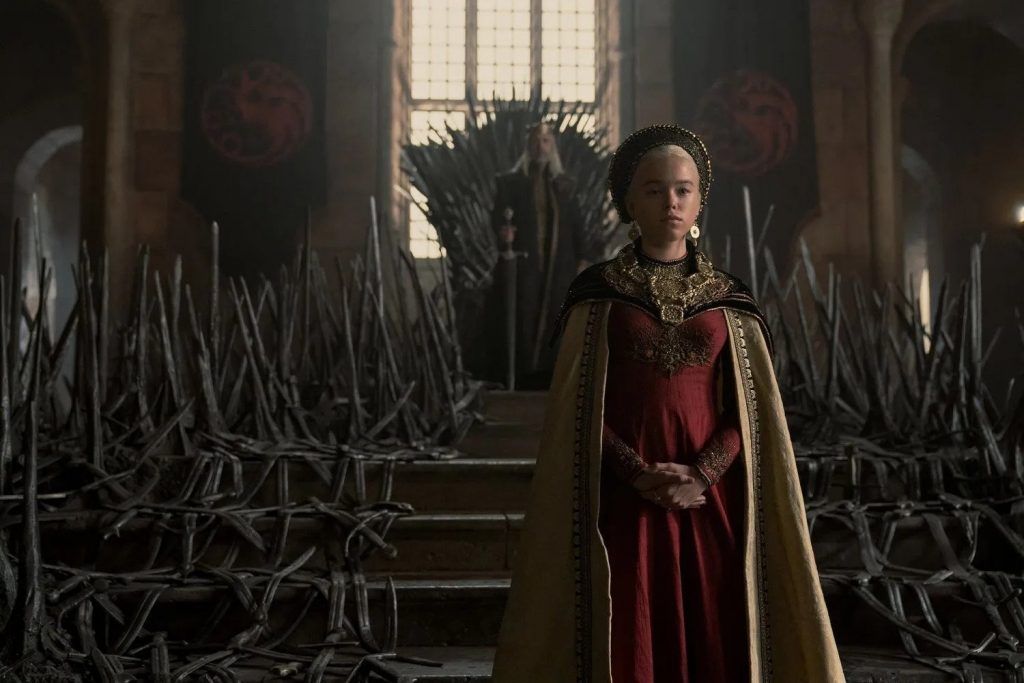 House of the Dragon is one of the most anticipated shows of 2022. The prequel to the hit Game of Thrones premiered on 21 August on HBO (and Disney+ in some markets). Its first episode, titled “The Heirs of the Dragon,” shattered viewership records for HBO, with almost 10 million people watching it in the US alone.

A 2022 Variety report says that each episode in the first season has cost around USD 20 million. The money isn’t too high for the 10-episode season 1, given that it is expected to show more dragons rendered in CGI than Game of Thrones.

House of the Dragon is set 200 years before the events of the original series. It is centred on only one family — the Targaryen, who rule Westeros. It reveals how the infamous Targaryen civil war led to the downfall of the family, as well as the disappearance of the dragons from Westeros. 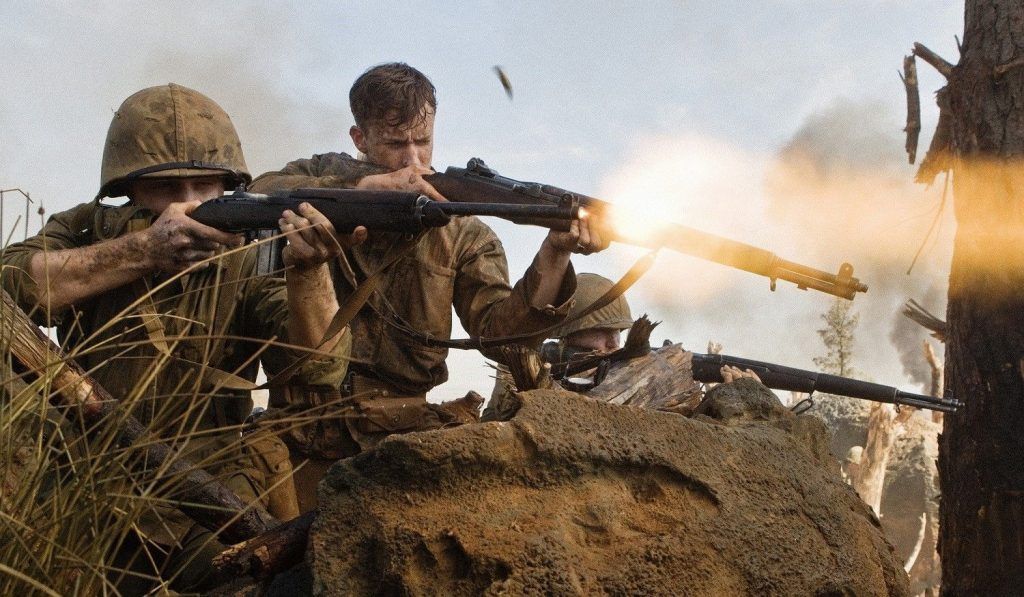 The show takes the action to the Pacific theatre of World War II. Its primary plot revolves around the real-life historical events surrounding the September 1944 battle between the Japanese soldiers and Americans on the island of Peleliu in which 1,100 Americans lost their lives.

The Pacific is a miniseries and, like its predecessor, has 10 episodes. Its budget of USD 217 million makes The Pacific the most expensive miniseries ever. This translates to roughly USD 20 million per episode, which was justified given the level of details and historical accuracy the makers put into the show. 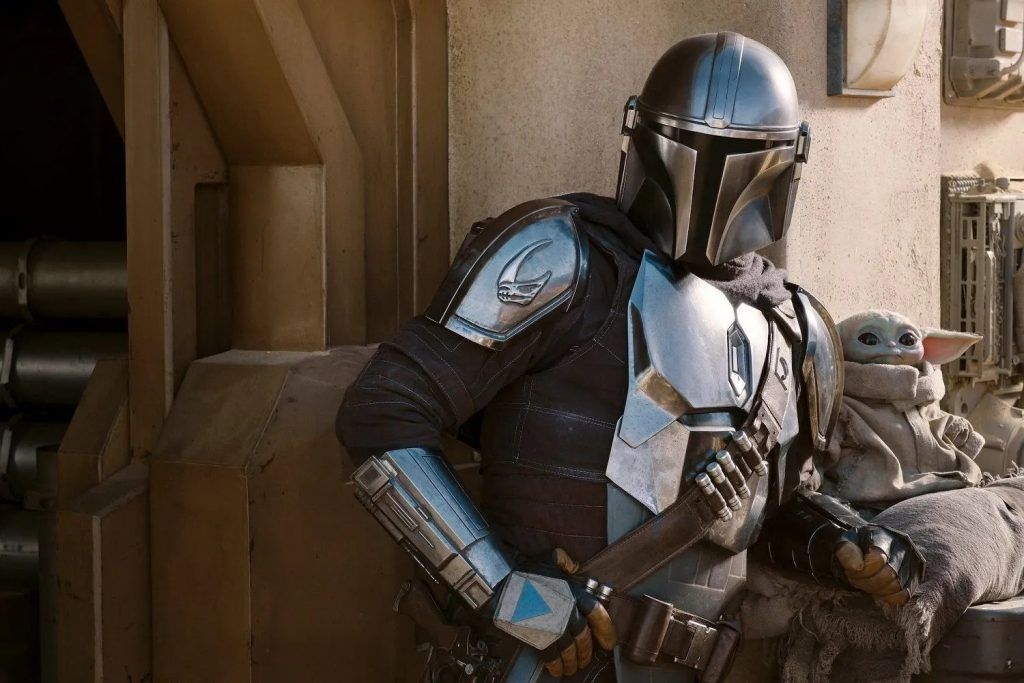 One of the greatest space westerns ever to grace the small screen, The Mandalorian is set in the Star Wars universe and chronologically follows the events of Star Wars: Episode VI – Return of the Jedi (1983). In it, a Mandalorian bounty hunter named Din Djarin, played by Pedro Pascal, rescues and protects a young infant belonging to the same species as Yoda, while trying to reunite the baby with his kind.

Reports indicate that the first season of the Jon Favreau-directed The Mandalorian cost somewhere between USD 12.5 million to USD 15 million per episode. There are eight episodes in the first season and as many in the second. However, given that the runtime of each episode is far less than 60 minutes, the production cost by length is more than others with a similar USD 15 million per episode budget.

But what makes The Mandalorian one of the most expensive TV shows ever made? The cost is understandable because anything connected to Star Wars means spending a lot of money on CGI, set design and creating special props, which later become invaluable collectables for fans. And, the humongous success of The Mandalorian was worth every penny. 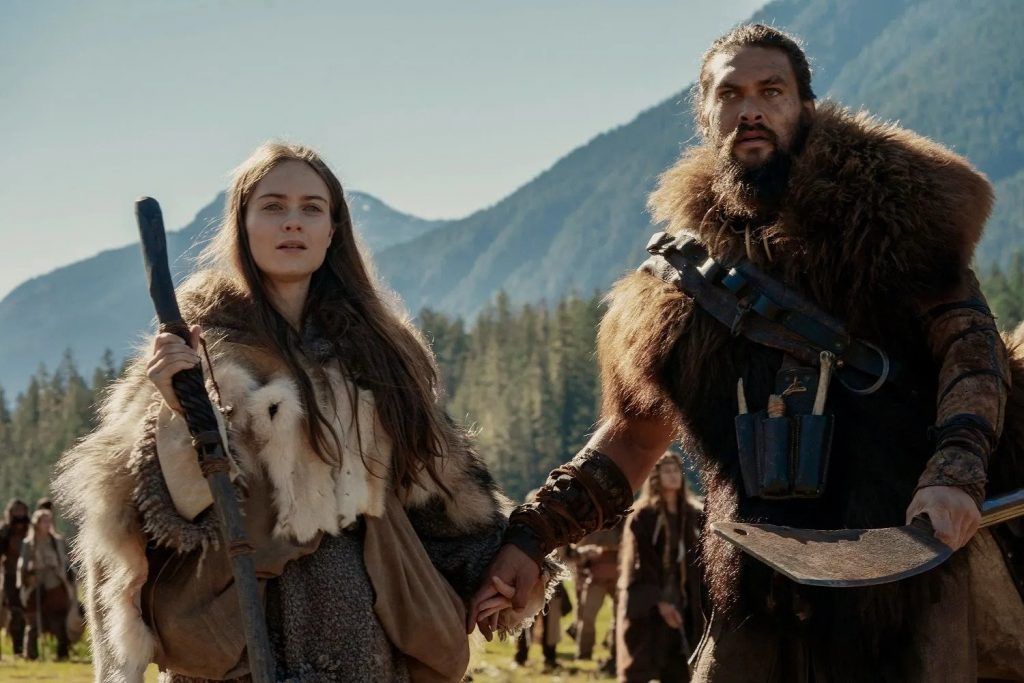 A classic from Apple TV+, See is set in a dystopian future where people have lost the ability of sight. When two children capable of seeing are born in a small tribe, all hell breaks loose for its people. The show has three seasons, each with eight episodes.

Apple spent USD 15 million per episode on the show. Explaining the decision behind the huge budget in 2019, series lead Jason Momoa said that they had shot in far-flung locations in Vancouver and even had to drain a lake to create the impression of a dystopian world.

“So they lowered that lake, we built a whole village, and they filled it back up when we were gone. So they went to great distances,” he said on This Morning show. 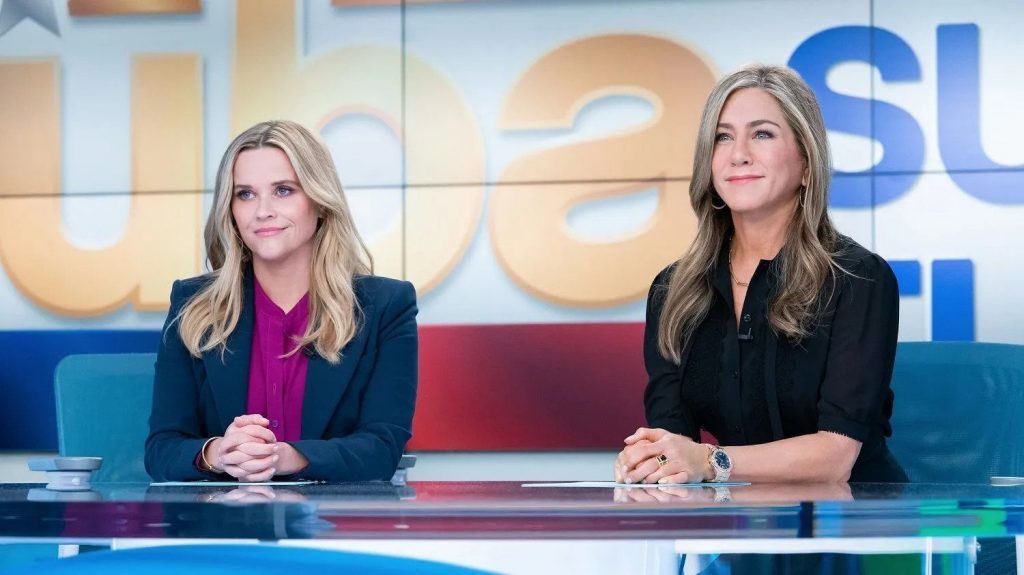 With three top stars — Aniston, Witherspoon and Carell — and Apple TV+ as the producer, it is not a surprise that The Morning Show is one of the top 10 most expensive TV shows.

According to a 2019 Bloomberg report, Apple paid USD 300 million for the first two seasons. Since each season has 10 episodes, the per episode cost comes to USD 15 million. The cost includes the salaries of Aniston and Witherspoon, both of whom have reportedly drawn USD 1.5 million per episode.

As for the show itself, it revolves around people involved in a daily morning programme aired on a fictional American channel, their personal challenges and how they navigate the rigorous demands of their jobs. 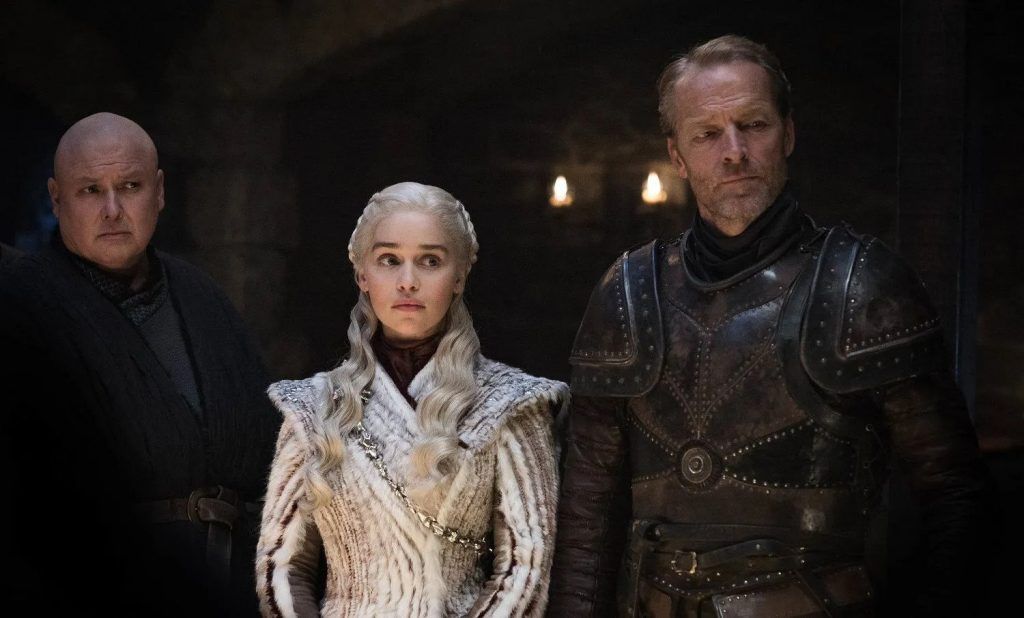 As far as fantasy dramas go, Game of Thrones set the bar so high that everything on similar lines that followed after it paled in comparison. In fact, even the final season of the epic TV show itself crumbled under the weight of its expectations set by the preceding seasons.

Created by David Benioff and D.B. Weiss, the HBO series is based on the epic fantasy novels by George R.R. Martin. It is primarily about a struggle for power between noble families in the land of Westeros, while an ancient threat looms over all their heads.

Game of Thrones is hailed as a defining series of the 21st century, with an immense pop culture influence unmatched by any other TV serial. Its actors became household names around the world and continue to be best known for the characters they essayed in the series. Among its countless accolades are a record 59 Primetime Emmys. 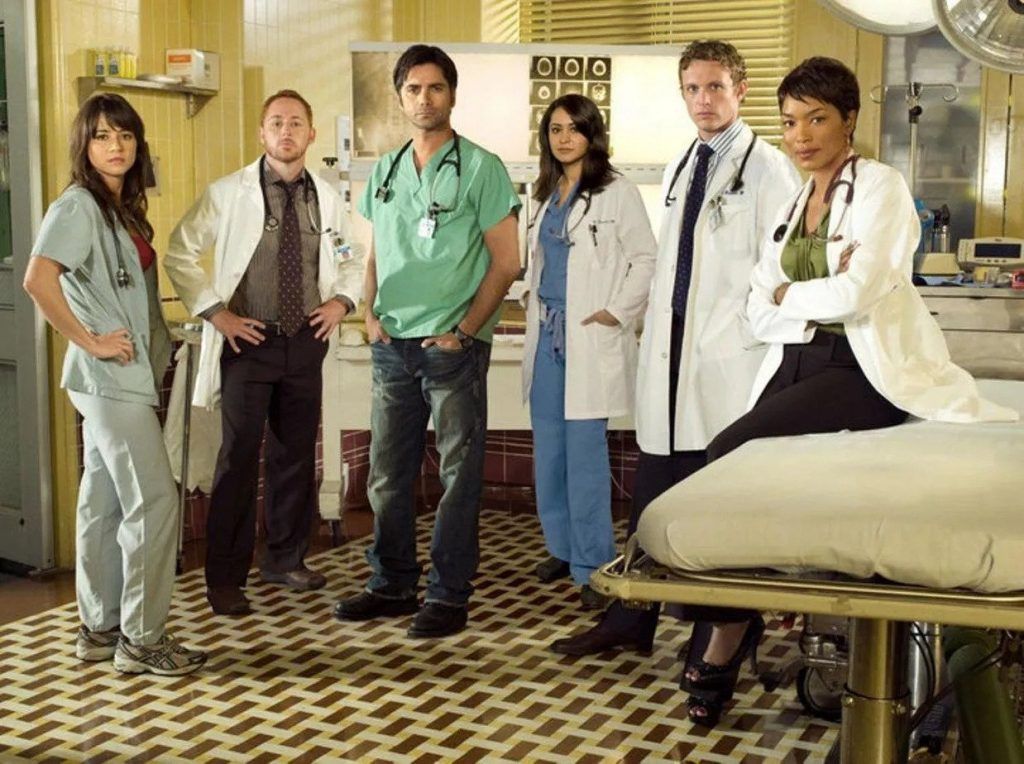 ER is a critically acclaimed medical drama and one of the longest-running shows in television history. It is not clear exactly how much it might have cost to produce the show in the early years, but in 1998 NBC paid Warner Bros. Television around USD 13 million per episode for three more seasons. This figure easily places ER on the list of the most expensive TV shows ever.

The drama is about the medical staff of Chicago’s County General Hospital, particularly those who work in the emergency room (ER). 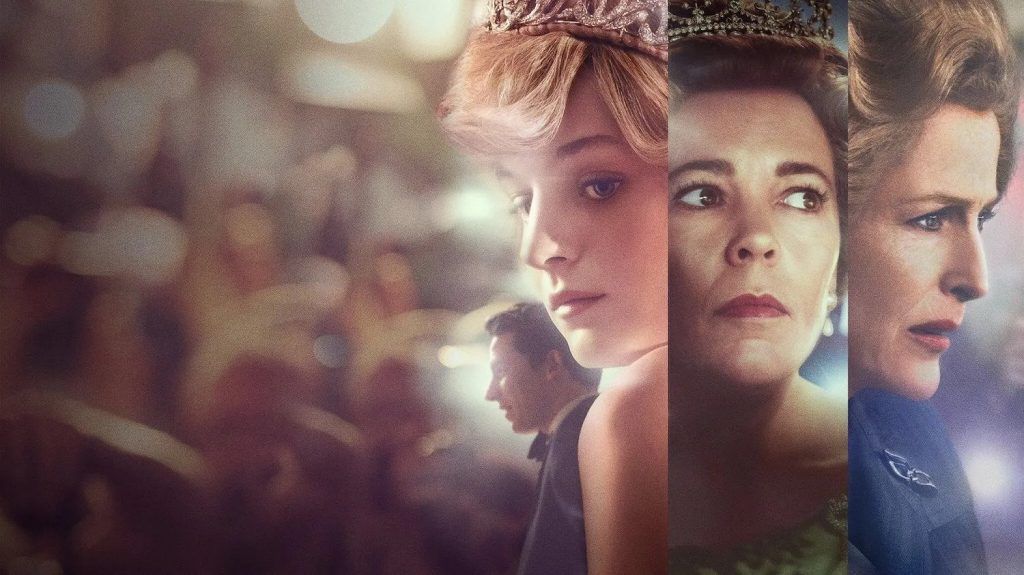 A winner of 21 Primetime Emmys, the historical drama television series about the British royal family is hailed as one of the finest TV shows in history. Spanning the years since Queen Elizabeth II took to the throne, the series takes viewers through nearly every known and unknown facets of the turbulent lives of the members of the royal family.

According to reports, the first season of the show cost a record USD 130 million. Since the first season comprised 10 episodes, it has been estimated that each episode would have cost between USD 6.5 million to USD 13 million.

The Crown boasts a massive cast, many of whom essay the same character in different periods. For instance, Claire Foy, Olivia Colman and Imelda Staunton play Queen Elizabeth II in three periods, from her younger to the present day. Similarly, Matt Smith, Tobias Menzies and Jonathan Pryce play Prince Philip, Duke of Edinburgh. 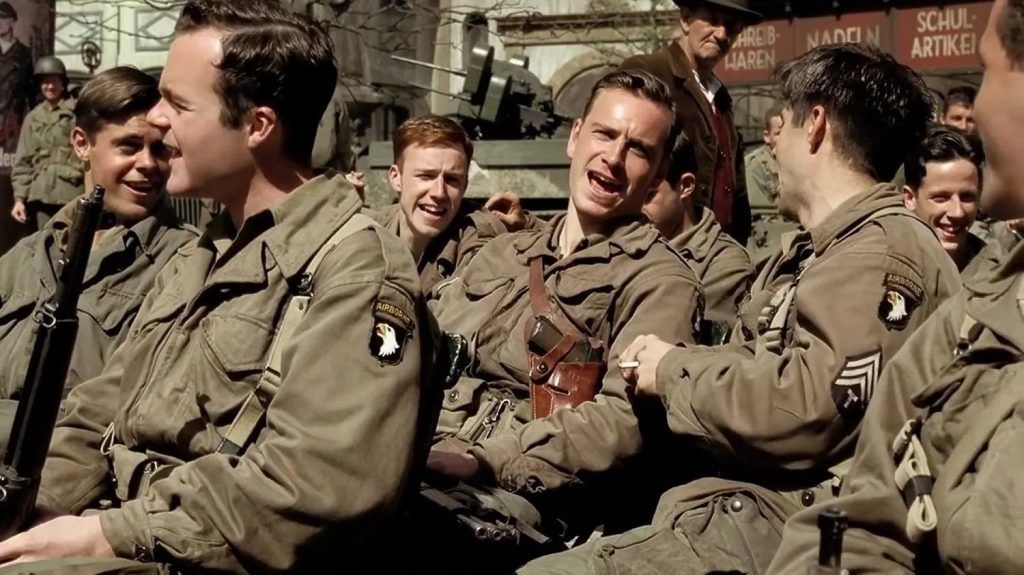 Band of Brothers arrived on HBO at a time when the concept of streaming was non-existent. However, the 10-episode miniseries created by Tom Hanks and Steven Spielberg quickly became a global favourite and remains to this day one of the greatest war dramas on TV.

The story is set during the last years of World War II and centres on real-life soldiers of the Easy Company, 506th Regiment of the 101st Airborne Division of the US Army. As they undertake increasingly dangerous missions against enemy forces, their bonding grows stronger, even though death is always knocking on the door.

At the time of its release, Band of Brothers was the most expensive TV show of its kind ever made. Its total budget was USD 125 million, which means that each episode cost USD 12.5 million.