G.O.D’s Douglas Young Under The Microscope 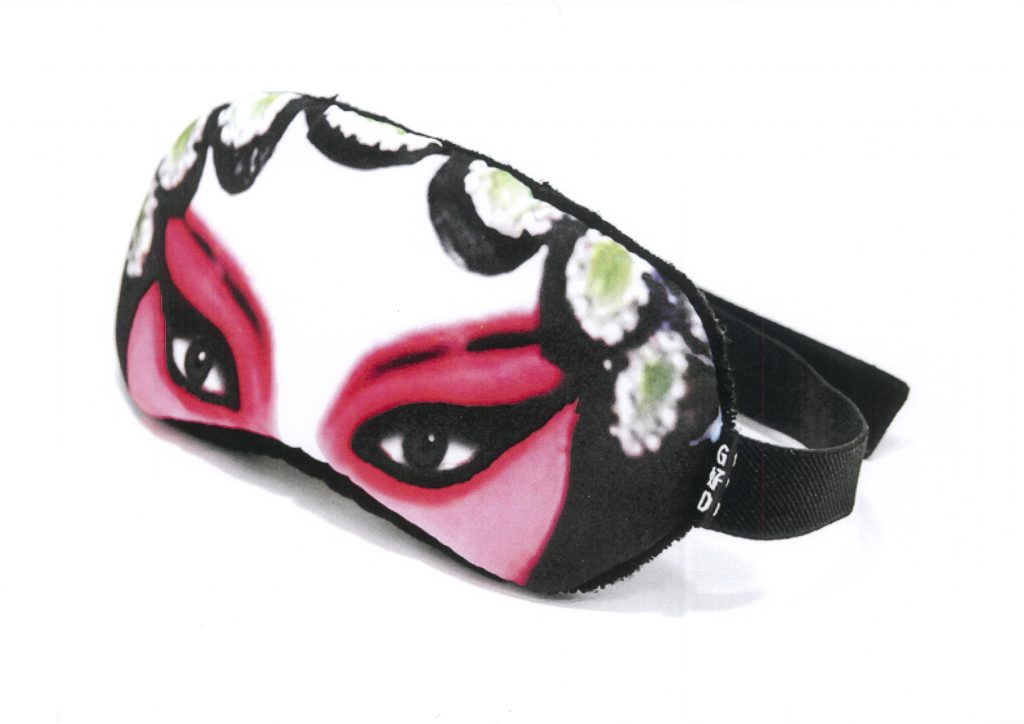 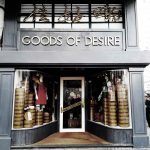 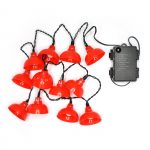 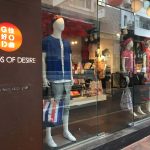 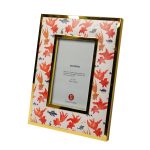 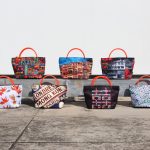 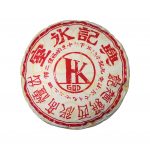 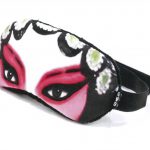 Pursuits
G.O.D’s Douglas Young Under The Microscope
Share
Next article

Hong Kong iconoclast and iconographer Douglas Young, whose G.O.D brand turns 20 this year, has attained a jokey infamy. While other brands go chic, his goes tongue-in-cheek: its name is a homophonic translation of the Cantonese jue ho di – “live better” – an acronym that serves many a purpose (though as for “Delay No More”, another of its slogans, some things are better left unsaid).

It’s certainly done the brand no harm. Yet to focus on Young’s notoriety is to ignore the meritorious designs he’s brought to his home furnishings and paraphernalia, and the multitude of awards he’s won in his idiosyncratic line of work.

At its Central store we peer down at the crowd gathered outside, taking selfies or being photographed by friends in front of the famous wall that’s decorated with a painted Hong Kong skyline. “We haven’t promoted the wall,” he says, as we begin to discuss his remarkable business career. “When things go viral, it’s so … random.”

What was the impetus to launch the brand? And when did you give up architecture, which you studied, to concentrate on the lifestyle business?

I think the best way to start a business is to do it by accident and just jump in and do it without fearing failure. Because I had the chance and I thought, “What the hell, let’s do it,” and it’s going to be great as a side business, while I’m doing my proper adult job as an architect.

But my side-job turned out to be more successful than we [Young and business partner Benjamin Lau] ever imagined. The funny thing is, I never considered myself not an architect because my architectural discipline remains the same whether I’m designing a sofa or a building or an interior – it’s the same thought process. It’s just that you use different materials. Instead of using concrete, glass and steel, I’d be using wood and fabric.

You were described as the King of Kitsch.

Andrew Sun wrote that [in the South China Morning Post]. I hate him so much [laughs]! Actually we’re good friends. My close friends still tease me. It pisses me off. I know it shouldn’t, because the more I get pissed off the more I’ll be called that.

The reason why I’m annoyed is because it’s so unfair. You know, when the French take something that’s old, tweak it, put it out again, it’s called retro chic. All these positive things are attributed, but when we, Hong Kong people, do it, then it’s called kitsch and the connotations are negative. Why the double standard? We’re just so used to seeing our own things as inferior.

You’ve also mentioned price points: when a European brand prices an object exorbitantly, people are willing to pay for it. But when it’s made in Asia …

If you have something that’s made in Hong Kong and it costs x dollars, people don’t want to pay that much, but make the same damn thing in France and suddenly that x amount is considered cheap? Why the double standard? I think we’re living in this post-colonial age where there’s an inferiority complex. I mean I’ve lived through the colonial era and I know what it was like – not that I was badly treated by British people as such, but under the colonial system foreigners were seen as being our masters, as being superior, and I think we still have that mindset.

When Shanghai Tang brought cultural appropriation to clothing, interiors and home furnishings, what did you think?

Actually, I love what David Tang did, he’s a great guy. I’ve only met him personally a couple of times and I think we need more people like him, he’s a real character. He’s not afraid to speak his mind. He has style and it’s great. Shanghai Tang started just before we did.

Do you find parallels?

I think we’re quite different. We have different clienteles; our price points are completely different. I like what they do. I think they’re more mature and maybe so are their customers, I’m targeting locals because, especially with my fun T-Shirts, you’ve got to be local – at least you’ve got to be bilingual – to understand the slogans. They probably appeal more to a younger demographic, whereas Shanghai Tang is more classic.

Have you ever been tempted to sell the company?

We’ve attempted to get investors and even at one stage to go public. We were told by bankers that we needed to go public otherwise we’d never be able to be in every single country in
the world.

That’s not been my ambition and frankly I don’t think I’m able to do it either. I don’t have the financial skills to do that. You know, architects are really terrible businessmen!

Would you ever sell?

Of course. I’m a prostitute [laughs]!

In the ’90s, some schools and parents banned kids from wearing your cheeky T-shirts.

I guess it’s part and parcel of being a creative person or artist. What’s the point of doing art when there’s no reaction? That’s just so lame. If it doesn’t make a statement, what’s the point of living a life so boring? I think it’s always been the artist’s role to challenge taboos because society needs to move on and taboos push boundaries. Apathy is preventing society from progressing. And so it’s the artist’s job to identify these taboos and poke fun at them, point them out to people and just show how silly they are and irrelevant they are and let’s get rid of them.

What’s a topic you won’t broach, a line you won’t cross?

I think there are lots of taboos that I wouldn’t touch. For example, the taboo of racism is something I wouldn’t want to deal with – not that I’m afraid to deal with it, but because I can’t find the funny side of racism.

Let’s talk about the day you and your staff were arrested, back in 2007.

It was pretty scary, actually, because we didn’t know what they were doing. Basically, we got a phone call from a newspaper saying that we were about to be arrested for this T-shirt we made, which has the triad symbol and name. What did we think? We thought it was a joke!

How did the newspaper know first?

I asked the same question. “We’re about to be arrested. How did you know?” Then she – the reporter – went off the phone.

The following day the police arrived with boxes and they had a press conference outside our shop. They demanded a specific number – I think it was 18 – of staff members, 18 people to be arrested. And then they closed the shutters and said they wanted to confiscate this particular item, the T-shirt, and then they arrested us.

Of course, me being the boss, I was part of the arrest, and then Benjamin as well. And our shop staff as well as our toilet lady! We spent the next couple of days in prison – well, in a police station. My home was searched, our office was searched, we had computers confiscated to make sure they didn’t contain anything illegal. We spent a lot of money on lawyers and then they told us as long as we didn’t sell it again, we’d be … well they actually couldn’t charge us with anything!

Didn’t you have enough ammunition to sue them for harassment?

I guess I could have kicked up a fuss, I could have … I mean, even our legal team wasn’t able to advise us, because they’d never experienced anything like it. At the time, the anti-triad law was purposely written to be quite big and vague, so that it covered anything. There was this clause that says if you promote triad activity, it would be an offence. So you could argue that by wearing a T-shirt with the name of a triad gang on it, that was a form of promotion, but in reality if you really were in a gang you’d never advertise it. That particular law was written in the 1950s at a time when they wanted it to be flexible so that they could carry out things at their own discretion. I guess the police wanted us arrested as an example.

You say you’re not for or against the government, but at the same time, you did do the Occupy Central umbrellas.

Oh yes, we did some umbrellas that looked like the pro-Occupy Central symbol, but I’m really not that political. We were criticised, as it seemed to be profiting from making money out of the protests. I can see their point, I can sympathise, just as I can sympathise with the police wanting to make an example of us so that other people don’t do it again.

Are you political or apolitical?

Well, I started off as being apolitical but I feel that Hong Kong’s now so divided that one cannot help but have views. I don’t think I’ll ever be in politics or anything like that but I definitely have views and I’m sure you do too. Actually, most people in Hong Kong are forced to take sides, which is kind of sad. I mean, society has become so divided, and not just in Hong Kong – look at America. Societies are divided, we’re not united. The United States is not united.

When you reflect on 20 years of G.O.D, what mistakes that you made won’t be repeated?

Furniture. Furniture buyers tend to be very conservative, so if you do anything too funky or out of the ordinary or away from the mainstream, people don’t want to buy it because furniture lasts a long time – whereas clothing is something that’s very expressive. People are willing to try a new look, because if you fail you can always throw it away. So I’m glad I’m out of the furniture business, because furniture requires a lot of space, which I can’t afford any more.

Twenty years from now, where would you like to be?

I’d like to leave a mark. I’d like to have influenced a generation of Hong Kong people to be more respectful of themselves, to take more pride in their own culture. I feel that I’ve been living through the period where Hong Kong has emerged from being a third-world city to a leading global city, but at the same time losing a lot of our local, unique identities, and I didn’t think it was necessary. I certainly don’t think that in order to be modern you have to be completely modernised.

Sign up to get the latest luxury and lifestyle news delivered to your inbox.
Fashion Design home Fashion Accessories
P.Ramakrishnan
Society Editor
P.Ramakrishnan has been a journalist and editor in Hong Kong for the past decade. He jump-started his career writing the Society column for South China Morning Post when... Jesus was a boy. He went on to write about celebrity, lifestyle, luxury, menswear and endless spools on the juggernaut that is Bollywood. Krishnan knows far too many people in the 852 and is likely to be seen at the opening of an... envelope. He has been asked to ease up on event-hopping but then he looks at counsel like that with the disdain one reserves for those wearing a brown belt with black shoes.
events Parties celebrities Lifestyle luxury menswear The List

Udahara, the Latest Collaboration Between MOIE and Omar Khan Rugs

The History Behind Japanese Artist Hokusai and His Signature Waves

Last year, when not jetting around the world’s f

@karllagerfeld has been working on a collection in

Through the unique culinary experience of @room4de

Grey is one of the unisex colours that has been tr

Woven hats are perfect for summer. As are the ligh

To showcase @hermes' Men’s Collection for the Su