The brand’s latest foldable phone underscores its drive for innovation and craftsmanship. Along with, of course, pushing the boundaries of mobile technology

Back in February 2019, Samsung unveiled the Galaxy Z Fold. At first glance, it looked like a normal Galaxy smartphone, but it could be unfolded to reveal a 7.3-inch Dynamic AMOLED Infinity Flex Display. It didn’t take long for users to go beyond appreciating the extra-large screen and see the potential for multitasking.

The Galaxy Z Fold was followed about a year later by the Galaxy Z Flip. This ultra-compact foldable phone was the first of its kind to use a glass display and also emphasized its stylish aesthetics. It certainly underscored Samsung’s craftsmanship on top of its innovative side.

Samsung’s quest to redefine mobile experiences then continued in September this year with the Galaxy Z Fold2. With its sleek, premium aesthetic, the phone certainly stood out. With its high-end, premium components it offered performance in spades. However, what really makes the Fold2 a gamechanger is the way it actually presents new ways to experience mobile devices. In other words, the “change the shape of the future” tagline certainly doesn’t sound like an exaggeration. 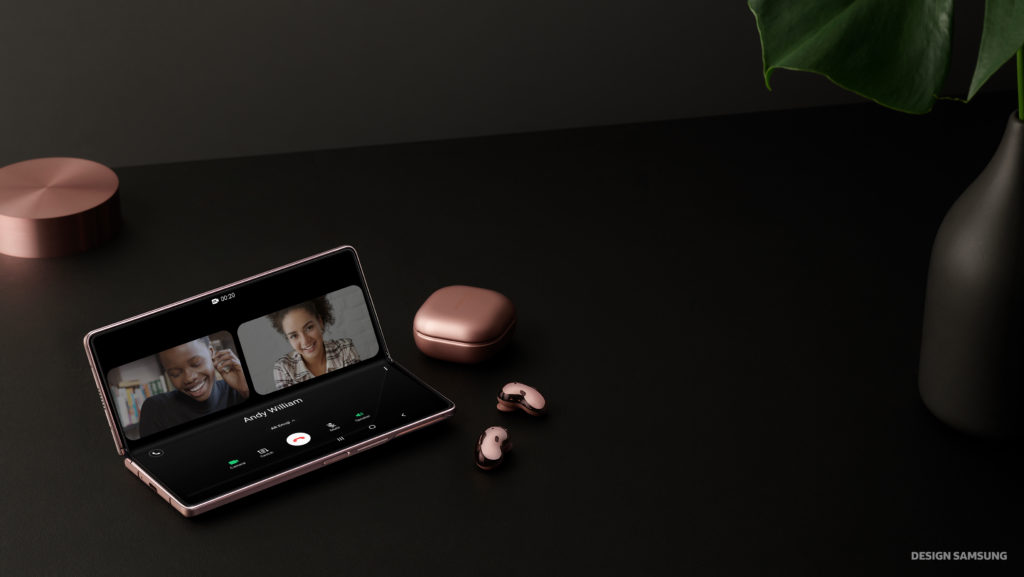 A foldable phone allows users to quickly switch between a more compact, easy-to-carry device to one with an extra-large screen when needed. For the Galaxy Z Fold2, this is made possible by the Hideaway Hinge. But besides ensuring that the phone folds and unfolds reliably and easily, this hinge system also allows the Fold2 to be placed in various free-standing configurations for no-fuss, handsfree operation. It could be half-folded and set on a table like a mini laptop when watching videos, or perhaps stood upright on a bench to help take photos, and so on.

As mentioned earlier, multitasking is also a huge advantage of having an extra-large screen on demand. And now, opening and using multiple apps – and even transferring files between them – becomes all that easier with the Multi-Active Window and Multi-Window Tray features.

Finally, at least for this story, there is the Fold2’s improved Flex mode, which will automatically divide the screen into two parts when the phone is folded. So, imagine watching a YouTube video on the upper part of the screen while seamlessly using the playback controls, reading comments or doing something completely different on the bottom screen. That certainly fits the notion of redefining mobile experiences.

In essence, the Galaxy Z Fold2 merges technology with craftsmanship in a sleek, luxurious package. To further this essential idea, Samsung Indonesia has invited three notable figures, to collaborate on an exclusive artwork utilizing the Galaxy Z Fold2. These are fashion designer Dana Maulana (who is also the founder of Danjyo Hiyoji), textile pattern artist Mira Hoeng (CEO and founder of MIWA Pattern) and product designer Singgih S. Kartono (founder of Spedagi).

It would certainly be interesting to see how these innovators would create something, using Samsung’s most innovative creation. 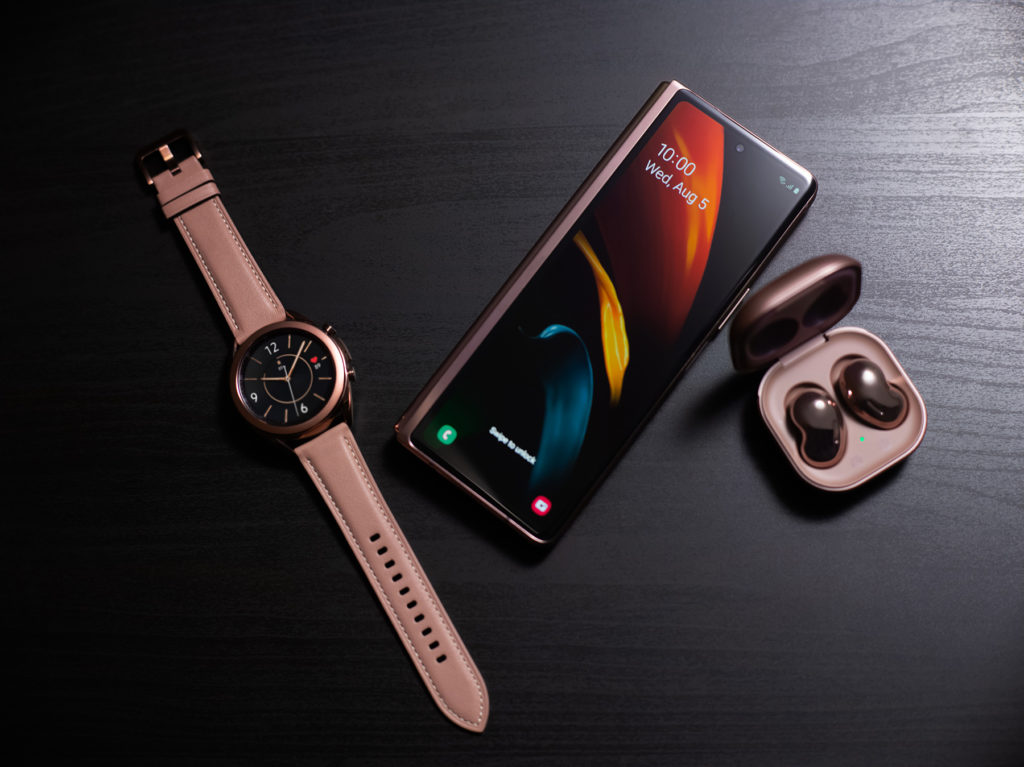 For more information on the Galaxy Z Fold2 itself, go to www.samsung.com/id or visit your nearest Samsung Experience Store.

Fondation d’Entreprise Hermès: How the Maison Preserves and Refine Creative Skills Through its Foundation

We couldn't think of a better idea than to lounge

The eminent house of @hermes demonstrates its righ

Our latest cover shoot isn't all that different fr