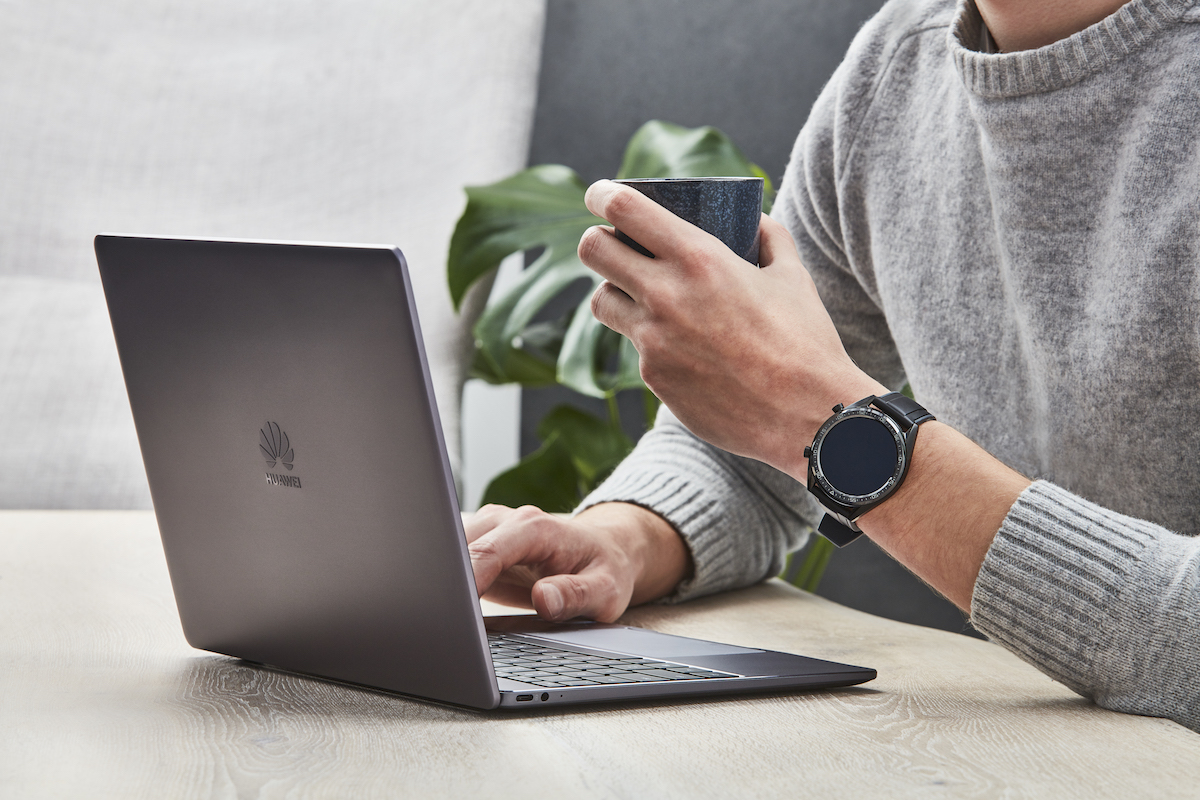 Huawei has introduced another game-changer to the market. Hot on the heels of its Huawei P30 series launch are its two new laptops: The MateBook 13 and MateBook X Pro. First revealed at CES 2019 and Mobile World Congress 2019, both laptops from the MateBook series are hotly anticipated for their combination of FullView displays, powerful processors, and seamless sharing functions.

A higher-than-ever screen to body ratio

A key feature for both laptops are their FullView displays. Screen borders are whittled down, to maximise use of the screen.
The Huawei Matebook 13 has a screen-to-body ratio of 88 percent, with a 3:2 display – a far cry from the standard of 16:9. The Matebook x Pro takes it up a notch with its 13.9 3K Ultra FullView display with a 91 percent screen-to-body ratio and a 3:2 display.

Rich colour and resolution
You’re looking in the right place if you want top-tier resolution. The MateBook 13 has a 2K display (2160×1440 at 200ppi) with a contrast ratio of 1000:1. It supports 100 percent of the RGB colour gamut, so expect vivid and accurate graphic details. With the Matebook X Pro, it has a display of a 13.9-inch LTPS panel which supports up to a 3K resolution (3000×2000) and 100 percent of the sRGB colour gamut.

Powerful processor
The Matebook 13 features a high-performance 8th Generation (Whiskey Lake) Intel Core i7/i5 processor, which is a good 40 percent more powerful than its predecessor, and a high-speed PCIe SSD for optimal read and write speeds. Those working with graphics and videos will appreciate the laptop’s GPU of NVIDIA® GeForce MX 150 with 2GB of GDDR5. This powerful graphics processing power is more than capable of supporting any image and video editing tasks, as well as any video streaming. High-speed fans in a dual-fan system deliver a high airflow for maximum thermal performance without the noise.
The Matebook X Pro was made for efficiency on all counts, whether graphic and video editing, or gaming and entertainment. It’s built with an 8th Generation Intel Core i7/i5 processor, NVIDIA GeForce MX250 running on 2GB GDDR5 VRAM. Additionally, the new Thunderbolt 3 port which supports two-way data transmission runs at a speed of up to 40Gbps.

Seamless sharing
Upping the convenience factor is that both laptops’ Huawei Share OneHop function allows its users to quickly transfer images and videos from their phones — all it takes is a tap. With an update next month, the OneHop function will allow for even better convenience. Think of it as a two-way document transfer sans the cables as well as easy clipboard and content sharing between both devices.

“In recent years, we have experienced double-digit growth locally which signifies a strong customer base with an appetite for innovative, high-quality products. As we continue to look at ways to expand our product offerings in the market, we want our customers to enjoy a seamless interconnected user experience within the product ecosystem.”
Xu Chengfei

The new Huawei MateBook 13 will be available from 30 May at all Huawei Concept Stores, official online store on Lazada and selected retailers. The pricing and availability of the MateBook X Pro will be revealed at a later date.

Style
By Prestige Editorial
Sign up to get the latest luxury and lifestyle news delivered to your inbox.
Nafeesa Saini
Features Editor
Nafeesa straddles both the print and digital Prestige publications, helming the features and lifestyle section. While storytelling is her core passion, she spends her free time looking at home decor inspiration, working out, and nursing copious amounts of coffee.
travel beauty Wine and Dine Women's Fashion Wellness culture