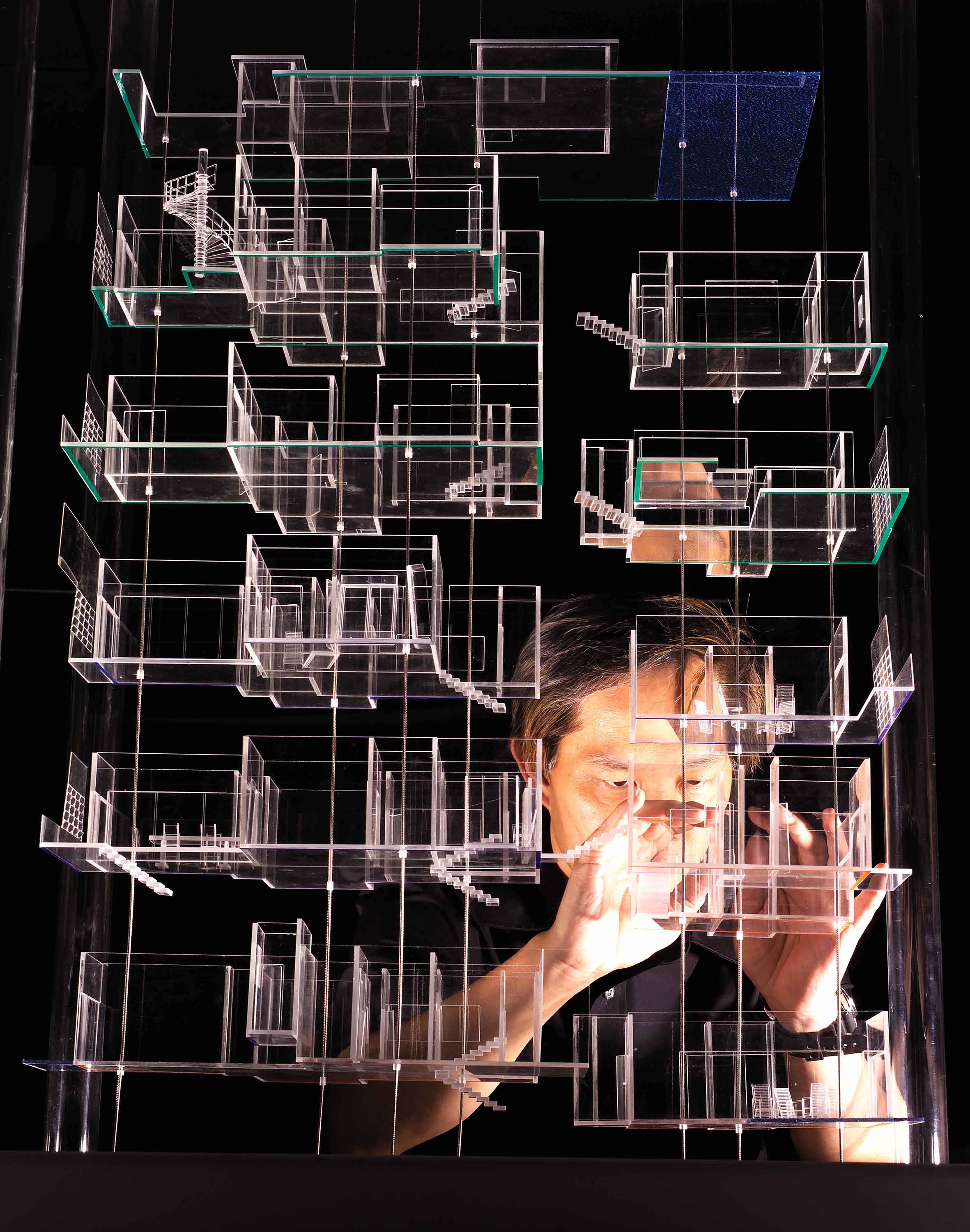 You can never focus your attention on something unless it is interesting to you. And having studied in the Science stream, Dr Ar Lim Teng Ngiom knew he was more intrigued by the creative field. Yet, he was indecisive on which form of fine arts to practise. “Art is subjective and I wanted something challenging. I went with architecture in the end despite my lack of knowledge on the subject. So it was pretty much hard work all the way for me,” Ngiom shares.

However, Ngiom’s chapter in the field of architecture truly started when he established Ngiom Partnership in 1989. A design and research-based practice with strong emphasis on spatial intelligence, the firm is known for its boundless skills to incorporate originality into different projects and has won numerous awards for that same reason. Today, it is one of Malaysia’s most erudite architecture companies of our time. “People probably see us as erudite because we underpin some of our projects around philosophy or literature,” Ngiom explains. “We do that because it gives meaning to our work. It is also therapeutic as it makes our lives more meaningful. It doesn’t matter how people see us; we work that way because it is our culture.”

Ngiom Partnership was awarded the second prize in the Egypt Science City 2016 competition late last year. While Malaysians were ecstatic about the news, Ngiom was indifferent. “Funny enough, we felt a tinge of regret rather than being elated about it. We were just one step away from having our project developed on the western edge of the Egyptian capital.” Nevertheless, such milestone can drive and inspire the younger generation to shape the engineering of Malaysia’s future.

“It doesn’t matter how people see us; we work that way because it is our culture”

The theme was science city. What initially came to your mind and what were some of the concerns that you wanted to address when designing the project?

The design was a team effort. The young people in our office were just wonderful to work with. They were focused, enthusiastic and dedicated throughout the project, which was important as the brief was really complex. Our overarching impression towards the desert dunes was the beautiful lines of the ripples and sand ridges. For weeks, we were only drawing lines based on the site until they “clicked” and could be converted to plans. Otherwise, we would have been lost. But the whole experience started off more like an art piece. The vein of artistry continued until the brief was completely resolved and the form had arrived.

Whether we like it or not, the designs of public institutions are often offered to the bigger names. how can aspiring young architects work in a system like this and continue to create thoughtful, meaningful architecture?

I like the phrase, “thoughtful, meaningful architecture”, as these are the kind of aims that can make an architect’s life worthwhile even if it doesn’t earn a lot of money. Not many architects take this path as it is painstaking, time consuming and requires a lot of dedication. Of course, every architect wants to do public institutions and the like. Sadly, opportunities like this only fall into the laps of a few, and as you say, to the bigger names in the industry. The genuine big players are where they are now because of hard work, dedication and ingenuity. And this takes many years of concentrated practice and most of these highly esteemed architects are not particularly young. There are those who receive such projects through networking, or simply to being at the right place at the right time. Unless you’re well connected, the only other positive way to be dubbed world renowned is to be firstly known for something groundbreaking, either as an innovator, a creative person or a great designer. The minimum conditions are reliability and decent management, but then again, you can also get to the top by trampling over others and through subversive means. But I wouldn’t recommend that at all.

The whole idea of sustainable architecture is brilliant but aesthetics-wise, it’s quite monotonous. What is your opinion?

The monotony is due to the reason that green certification for buildings is heavily weighted on engineering devices and non-aesthetic issues. For instance, methods of environmental control to minimise energy use for commercial buildings are associated with the engineering of air-conditioning and equipment selection. Rainwater harvesting methods and solar panels are also not aesthetic things. Architectural inputs are mainly connected to passive energy designs concerning things like breezeways, building orientation and getting natural light into spaces without the glare. However, as all of the above is an expected practice in our industry, the label “sustainable architecture” is really unnecessary.

Any upcoming or current projects you would like to highlight?

There was some delay due to complex infrastructural work but we’re finishing the “Countdown Clock” at Dataran Merdeka, which has become part of the River of Life (ROL) project. Accessible once the ROL project is complete, the architecture is designed to be interactive. For example, people can capture pictures of themselves from standing cameras and have their portraits appear on the wall screens. A water curtain that works as a digital clock counting down towards the year 2020 is also one of its innovative features. Here, sensors are installed to disable water flow on specific sections to form clear passages for those who wish to cross. At the testing, everything works. Now, we look forward to the day ROL is officially open to the public. That aside, I am also working with an American publisher on a book about creativity. The book has already taken several years and is due to be released later this year. I hope it can serve its purpose for people who are keen on the creative process.