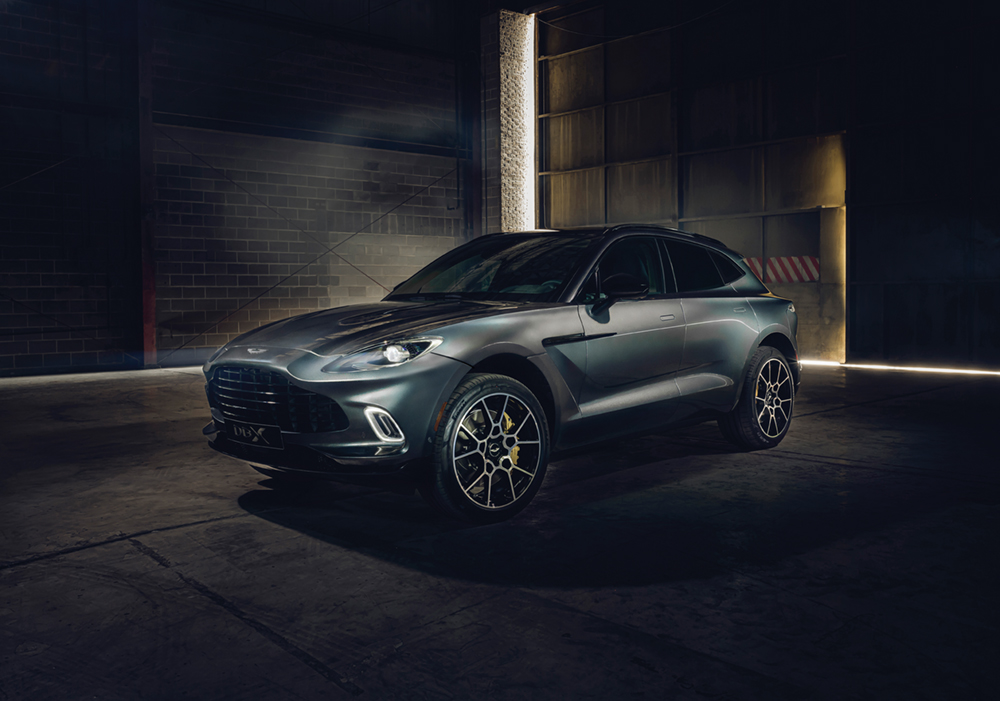 Aston Martin’s DBX must not only bring new customers to the venerable British brand, but also ensure its long-term survival. Prestige thinks the super-SUV might just manage to do both

You might reasonably imagine that, with such a well of positives and goodwill to draw from, the story of Aston Martin would have been an uninterrupted timeline of success and achievement. Not so. Because instead of speeding smoothly across the automotive landscape for almost 110 years, Aston has lurched perpetually from one crisis to another, enrapturing investor after investor and then, just as reliably, exasperating them until another saviour could be found (which there’ve been in surprising numbers). Perhaps most notable among the latter were the British industrialist David Brown – his name lives on in the brand’s DB model nomenclature – who soldiered on for 25 years before throwing in the towel, and a petroleum tycoon with the unfeasibly comic-book name of Victor Gauntlet. Even the giant Ford Motor Company gave up after 20 years, leaving as its legacy a high-tech production site in the British Midlands, and a V12 engine whose basic architecture combines a pair of more humble V6s and is still in use today.

The latest incumbent in the role of rescuer, however, is the Canadian entrepreneur Lawrence Stroll – a man who, along with his Hong Kong partner Silas Chau, is already famous in this part of the world for making gazillions through his investments the rag trade. Although passionate about motor cars, Stroll is clearly neither blind nor a fool – and perhaps, just perhaps, he’s arrived at precisely the right time for his input to make a difference. 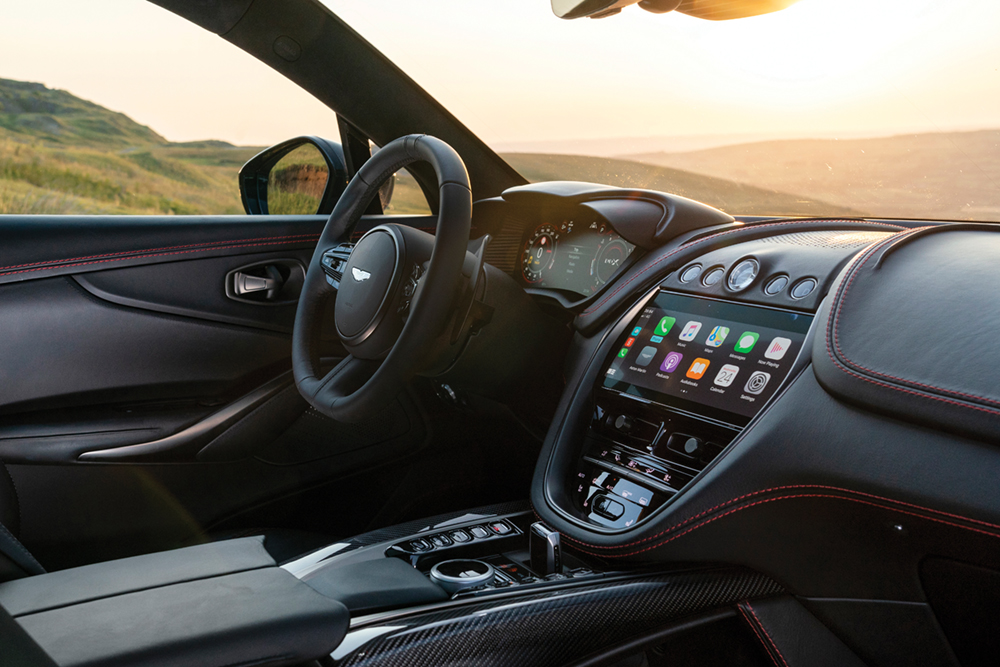 Now, as a sportscar buff you may loathe the notion of an Aston SUV, but when you look at it as a business proposition it could hardlu make more perfect sense – just think of the runaway success of such luxo-trucks as the Rolls-Royce Cullinan, Bentley’s Bentayga, the Lamborghini Urus and Porsche’s Cayenne, all of which are coining it in for their respective manufacturers. Even long-time SUV hold-out Ferrari now finds the idea irresistible: next year it unveils its own “FUV”, the Purosangue.

Aluminium is widely used in the car’s construction, meaning relative lightness – it weighs around 2.3 tonnes – and rigidity. For the powertrain, Aston Martin turned to its partner Mercedes-AMG, whose exemplary 4-litre turbo V8 has been further tweaked at the British factory to produce upwards of 540bhp and a peak 700Nm of torque from 2,200rpm, which it does with characteristically woofling tunefulness. The nine-speed gearbox is also Mercedes-sourced, as are the comprehensive suite of drive modes, the infotainment system and cockpit furniture, much of which will be familiar if you’re used to recent Benzes. And, frankly, there’s nothing wrong with any of that (both the Bentley and the Lambo are based on the Porsche, which in turn is essentially a heavily re-worked Audi).

Although neither as lavishly appointed nor quite as spacious as, say, the Cullinan’s, the DBX’s interior is nonetheless properly luxurious, stylish and modern in conception, superbly finished and extremely comfortable, both in the front or the back. The bench seat in the rear theoretically offers space for three passengers, though on longer journeys you’d be better off with two. My car’s cabin is swathed in pungent leather that’s held together with precise double rows of stitching, and it’s all set off with swooping brushed-aluminium accents and polished carbon-fibre around the console. The view from up here, whether you’re looking out or in, and in whichever direction, is marvellous. 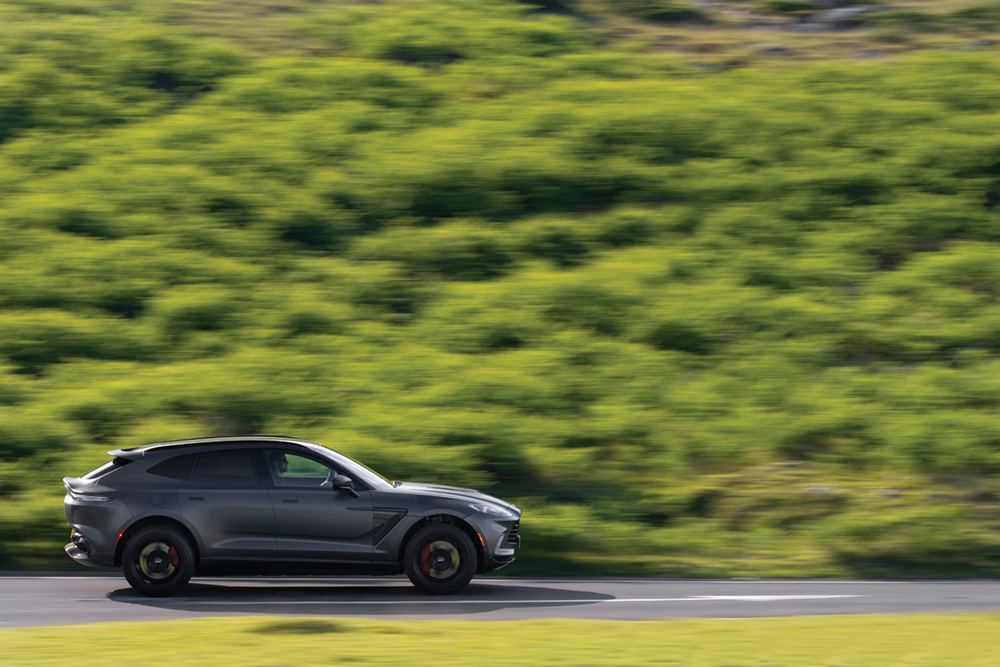 Possibly because the Aston’s chassis offers greater road awareness than other SUVs’, its ride quality doesn’t seem quite so detached or cushioned either. On the other hand, thanks to air springs and adaptive damping, nor can it be considered in any way harsh or jarring. To me, the set-up seems an agreeably driver-centric compromise, though as with most modern luxury cars the DBX gives you an almost infinite choice of engine, transmission, suspension and steering settings, so you should be able to settle on a combination that suits your driving style and preferences.

I won’t claim that, were I in the market for an Aston, I’d plump for the DBX. For me, the name will always mean the most beautiful sportscars in the world. But what I will say after an all-too-short acquaintance with this most impressive motor car is that when it comes to taking the brand to new territories, clienteles and market niches, while remaining unmistakeably an Aston Martin, it’s likely to be an unqualified success.

That the DBX will fly out of the factory as fast as Aston can build them is a foregone conclusion. I’d even take a bet that it’s going to save the company.

Berluti introduces the new Fly Sneaker as part of