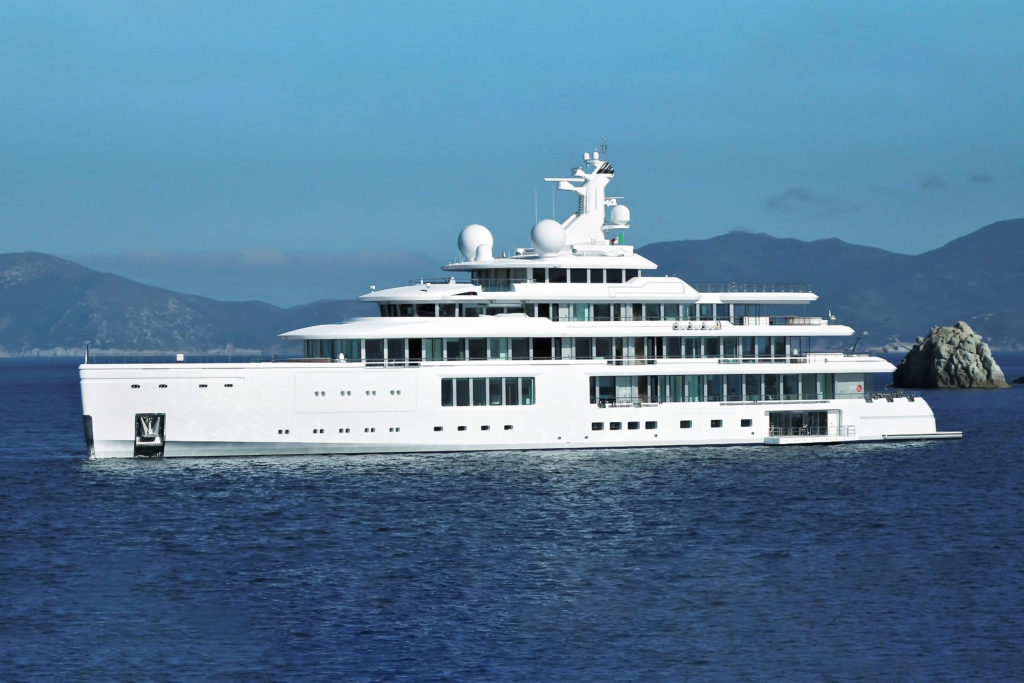 Benetti’s New Giga Yacht Is a Floating Palace of Light

Beyond even the average billionaire’s wildest dreams.

At a time when everyone with the wherewithal to do so is thinking of sailing off into the sunset and leaving a problem-stricken world behind – or at least until the most pressing of those problems resolve themselves – Italian yacht-builder Benetti has just revealed details of an ideal vessel in which to do it. 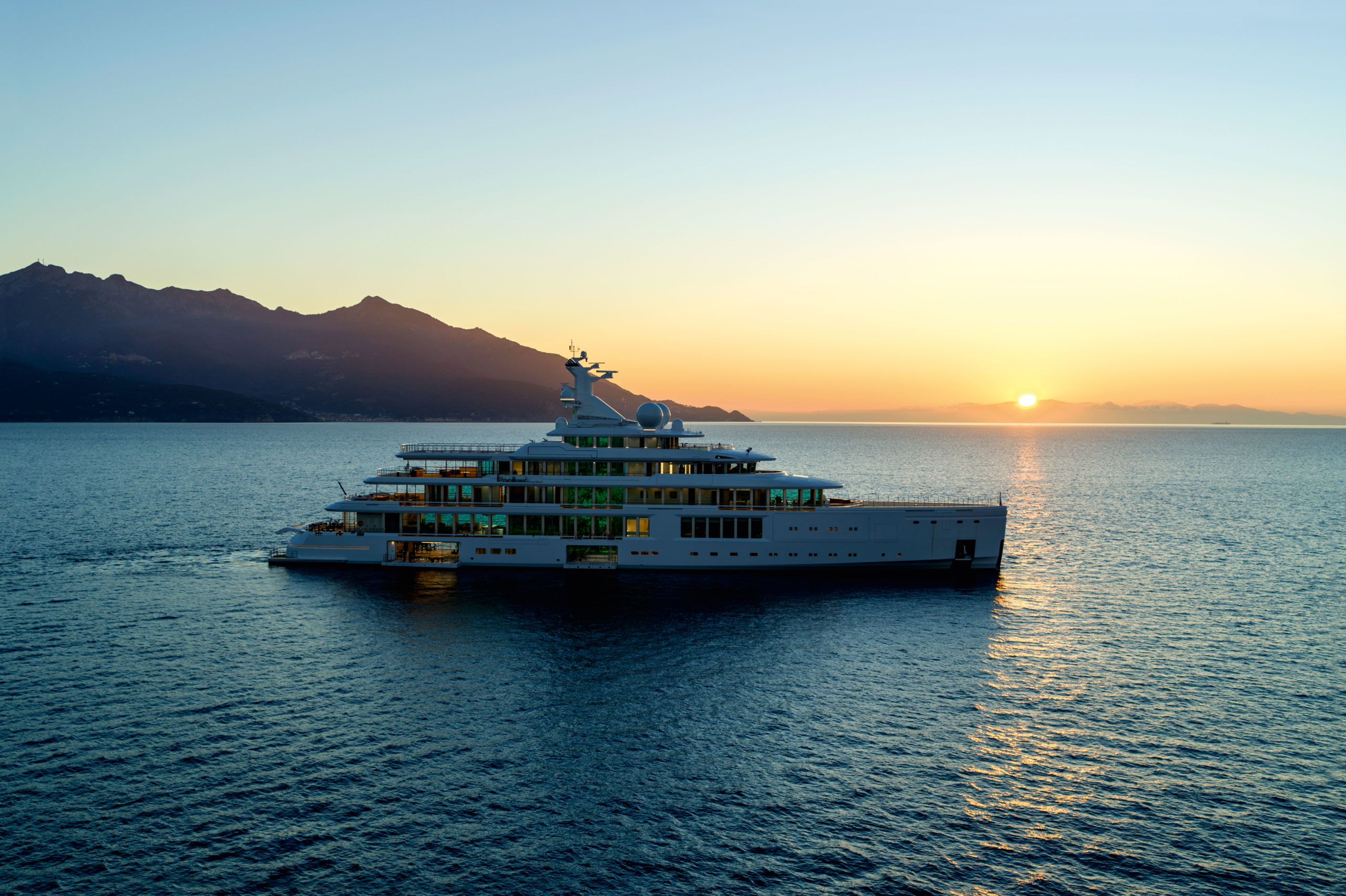 Designed by Zaniz Jabukowski, Andrew Langton and Giorgio M Casseta, this 5,844-tonne giga yacht’s main Owners deck is surrounded by 800 square metres of 3-metre-tall windows that during the daytime let uninterrupted sunshine in and after dark turn this impressive vessel into a shimmering cascade that illuminates the ocean surrounding it. Among its amenities are – deep breath – 12 luxurious suites that together can accommodate up to 27 guests, a spa, a gym, a 30-metre swimming pool, a helipad, a dance floor, a medical centre, a pair of custom-built 40-metre-long luxury tenders and a landing craft. It can even accommodate two cars (one being a Rolls-Royce Phantom), a 24-foot sailing boat and a pair of motorbikes.

Glazed surfaces throughout, virtual artworks and the use of materials such as malachite, lapis lazuli, onyx, marble, ceramics and gold leaf enhance not only the pervading air of luxury but also an impression of ever-changing light, which combines with the constantly shifting views outside. There are even coloured circles by the artist Damien Hirst on the main-deck lobby’s French limestone floor, while pillars are engraved with the opening sentences of Herman Melville’s Moby Dick.

Although saving the planet is rarely high on the agenda with yachts such as these, whose hourly running costs dwarf the monthly salaries of even the reasonably well-off, its owners will at least have the satisfaction of knowing that Luminosity’s hybrid propulsion system employs twin Caterpillar diesels and two 2,200kW Azipods that together run six 1,000kW generators, with 36 tonnes of batteries that can store sufficient electricity to provide 12 hours of power without the use of generators. And though that doesn’t exactly endow this otherwise hugely impressive ship with especially green credentials, let’s say it achieves an indeterminate shade of yellow.