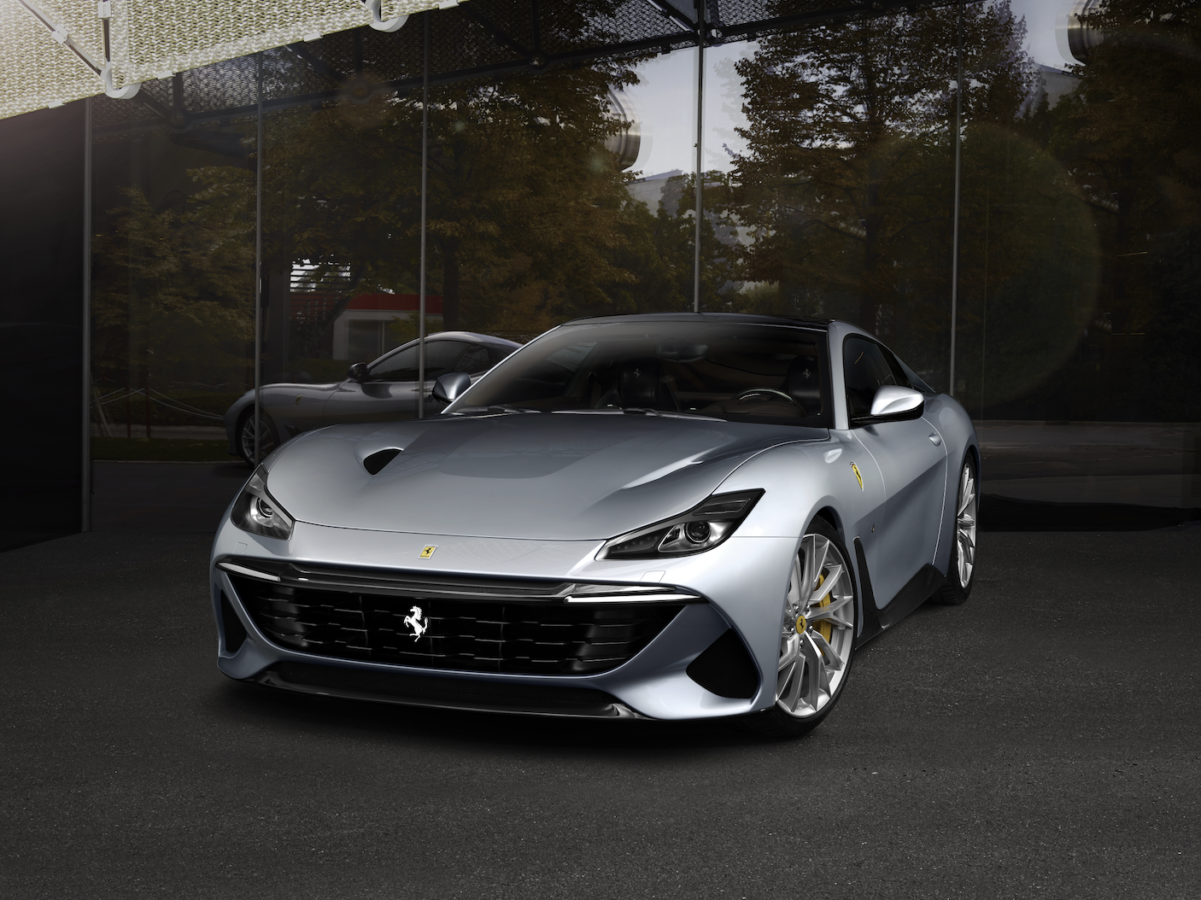 Inspired by Ferrari’s iconic flair from the 1950s and 60s, the Ferrari BR20 makes its debut as part of Maranello’s most exclusive range: the One-Off series. The two-seater V12 coupé, which was developed on the GTC4Lusso platform, alludes to the Ferrari coupés from the mid-20th century through modern interpretations that keep the model free of dated connotations.

Instead, the Ferrari BR20 marries the Prancing Horse’s sophistication with sporty sentiments to form an all-new modern design and prowess with a hint to the styling themes of historical 12-cylinders models such as the 410 SA and 500 Superfast. This latest addition to the One-Off series sees an adaptation of the GTC4Lusso, where the two rear seats are removed to increase the dynamism of the Ferrari BR20’s sleek fastback line. 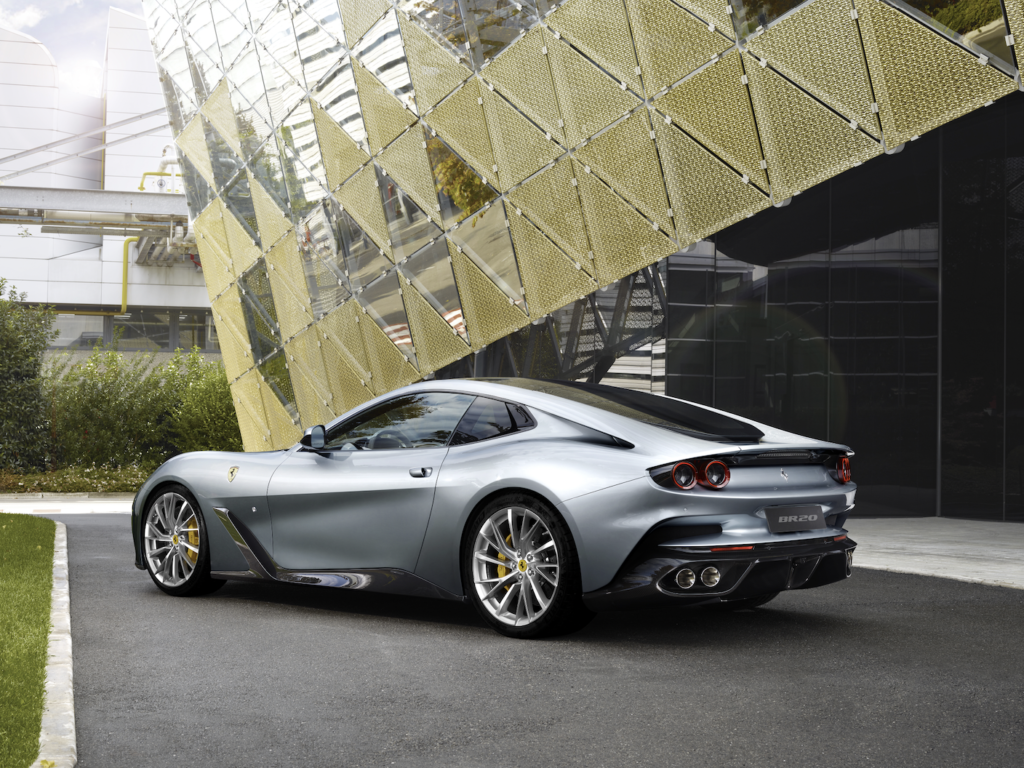 The proportions, too, have been reimagined, with the new model sporting a rear overhang treatment design that lengthens the car by three inches to compliment the BR20’s unique silhouette. Balancing off the new model’s length is the cabin volume modification, which allows Flavio Manzoni and his design team to creatively explore the new proportions through a new exterior design theme.

The new cabin also features a modern interpretation of Ferrari’s iconic ‘flying buttress’ theme that connects the BR20 to its heritage, including the GT and the 599 GTB Fiorano. The cabin design is crafted to create an impression of a pair of arches running from A-pillar to rear spoiler, where the rear volume of the arch is hollowed out to form an aerodynamic channel. The black rear fascia elegantly conceals the air outlet under the spoiler. 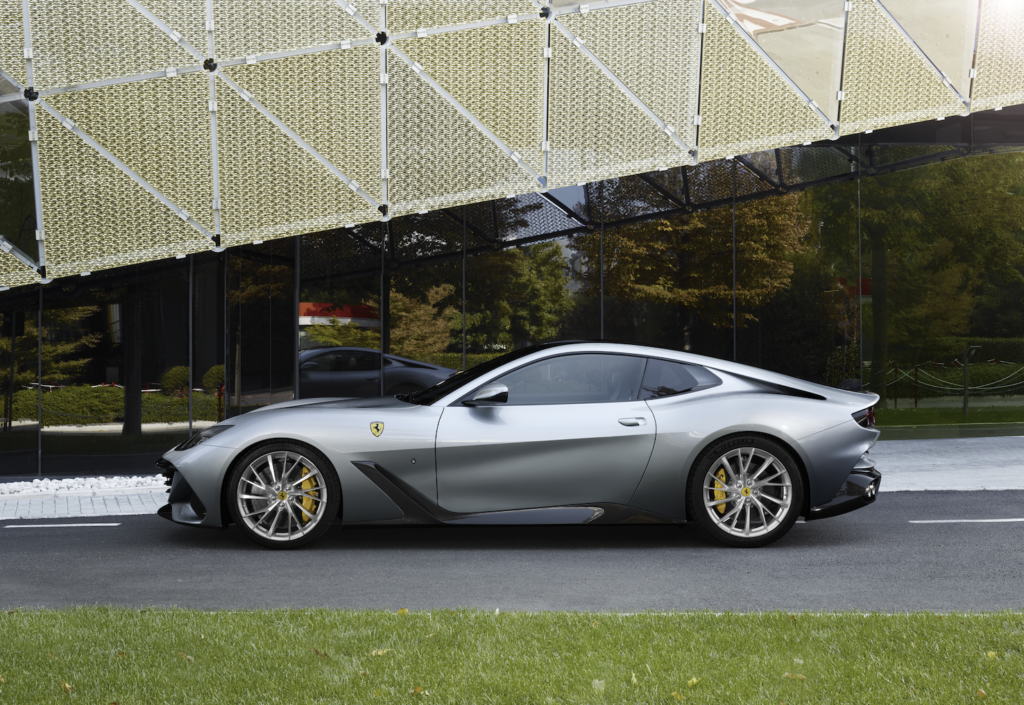 Though sleek and sharp, the BR20 is by no means a feminine car. Rather, the bespoke twin round exhaust tips and the muscular rear bumper are all designed to blend in with the car’s intimidating exterior. The twin taillights and the lower tailpipes into a prominent aerodynamic diffuser with active flaps on the underbody add to the model’s aggressive exterior. Juxtaposing its aggressive exterior, the inside of the BR20 is luxe and sleek, with its brown leather and carbon fibre trimmings developed according to the client’s specifications. Luscious, dark brown Heritage Testa di Moro leather trims the seats, made more exquisite with an exclusive pattern and a silver-cross stitching detail. Designed for a visual of seamless flow, the cabin volume runs from the windscreen to the luggage compartment at the rear to create a sense of light, airy space for its occupants. The carbon-fibre inserts with oak trimmings add a sense of warmth and grandeur to the rear bench and luggage deck, where a deeper loading area is concealed.

The BT20 is part of the Special Projects programme, where bespoke Ferraris known as ‘One-Offs’ are crafted with complete details to match the client’s needs and whims. The design process, which averages more than one year, closely involves the client as the car undergoes each stage of the design and verification process.

Tailored to the detail by Ferrari’s expert designers, this bespoke model of the Ferrari B20 is an exquisite example of the Special Projects programme. Indeed, it is a captivating masterpiece that expresses its owner’s individuality, where every specification of the BR20 is crafted to fit the exact details of its owner’s desires.