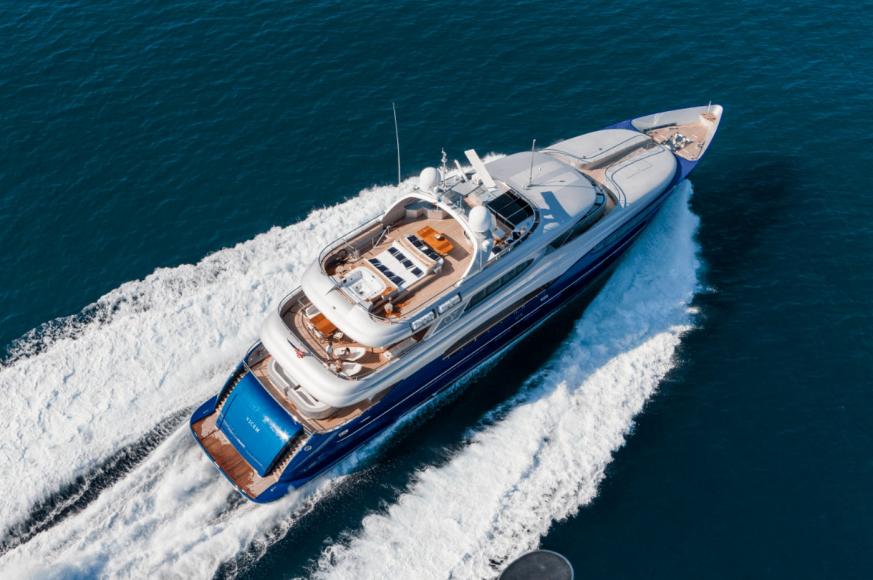 You might have seen Jackie Chan fly through the air while leaping across buildings, race down a steep mountainside, and maybe even jump out of a plane without a parachute. Now, chances are you’ll probably see him slice through the frothy waves of the sea aboard his newest acquisition — a spectacular 150-foot (46.4-metre) superyacht. The luxurious vessel is the result of a collaboration between the international superstar and Chinese shipyard Jinlong.

The superyacht was actually commissioned by Chan in October 2017. The production and construction of this state-of-the-art model took place at Jinglong’s Huludao Yacht Industry Park facility, and it has taken almost two years for the project to be completed. The vessel is now ready to show off its prowess in open waters.

Dutch company Mulder Designs, famed for their stylishly cool aesthetic, is behind the exterior and interior appearance of the yacht. Their creative vision is reflected in the sleek, straight lines of this all-aluminium vessel. The entire body is painted in a monochromatic white, with a striking black hull providing a stark colour contrast. Inside, an open-patio design allows for plenty of light through its many tinted windows, while wooden cladding on the walls, plush carpets and organic-shaped furniture create a tasteful ambience.

The engineering capabilities of the superyacht are quite impressive as well. Built per RINA classification standards (ensuring proper and safe maintenance and operation of ships), it features twin MTU 16V 2000 M84 diesel engines. What does that mean? It means that it can pump out a super top speed of 21 knots. And while normal cruising speed is at 19 knots, the vessel can cover an impressive 3,000 nautical miles at just 12 knots.

One can only imagine what a superstar stuntman like Jackie Chan can achieve with such a remarkable superyacht under his control.