British luxury sportscar manufacturer Aston Martin may have been teetering on the brink yet again – this time, it’s predictably been the fault of Covid-19 – but that hasn’t arrested the flow of special-edition projects that seem to emanate regularly from its factory.

This time, it’s a pair of limited-run Vantage and DBS Superleggeras produced by the company’s bespoke Q division as a tie-in with the new James Bond movie No Time to Die, which may or may not be released in cinemas this autumn.

A throwback to the car that appeared in 1987 The Living Daylights, the Vantage 007 Edition will be available in 100 units, while 25 examples of the Superleggera 007 Edition, whose specification is similar to the Aston that appears in Bond’s latest cinematic outing, will be produced. Both models will be available globally, with deliveries beginning early next year. Grey is the colour for both cars, the Vantage being decked out in a metallic Cumberland shade, with the Superleggera receiving a spectral Ceramic paint finish. Other unique details include the Vantage’s mesh grille with chrome surround, a vented sidestrake and yellow detailing on front spoiler, sill extensions and rear diffuser – the latter, we’re told, referencing the rocket boosters of the car in the ’87 film. Completing the homage is the availability of a ski rack and skis in matching colours, 007 branding on the centre console of manual-transmission models and an optional laser-etched gadget plaque depicting “controls” for such functions as rocket motors, missiles and ski outriggers (which, fortunately for other road users, aren’t part of the package). 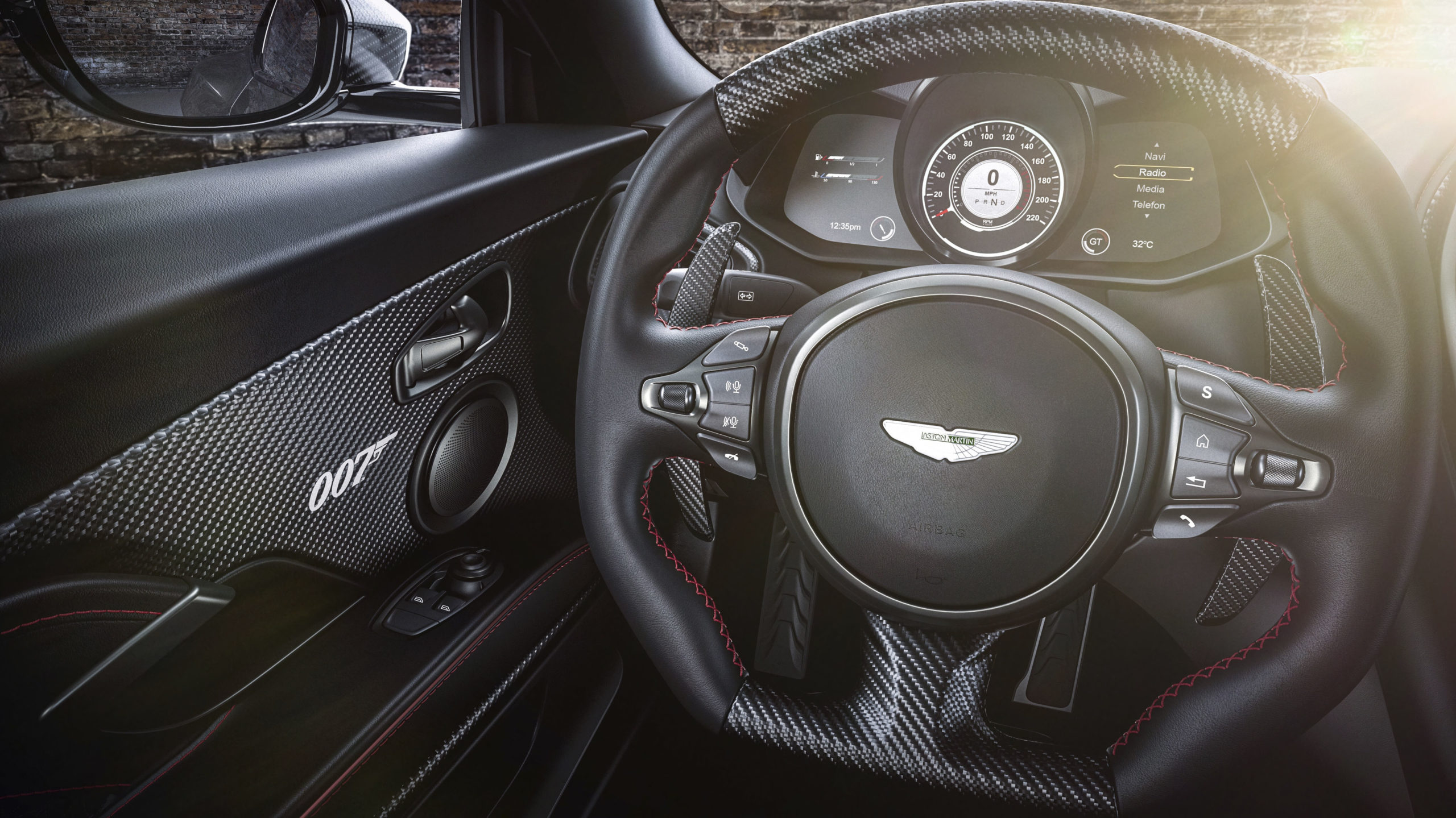 The Superleggera, meanwhile, gets black carbon-fibre roof, aero additions and wing mirrors, massive 21-inch Y-spoke wheels, and 007 logos on wings and spoiler. The cockpit also gets the full Bond treatment, with branding on doors, armrest buckles and rear woofer cover. Mechanically, both cars are identical to the regular models, with a 4-litre twin turbo V8 in the smaller, two-seat Vantage and a 5.2-litre twin-turbo V12 – the latter producing a mammoth 900Nm of torque – in the DBS Superleggera. All of which might well leave our hero somewhat stirred, if presumably not at all shaken.