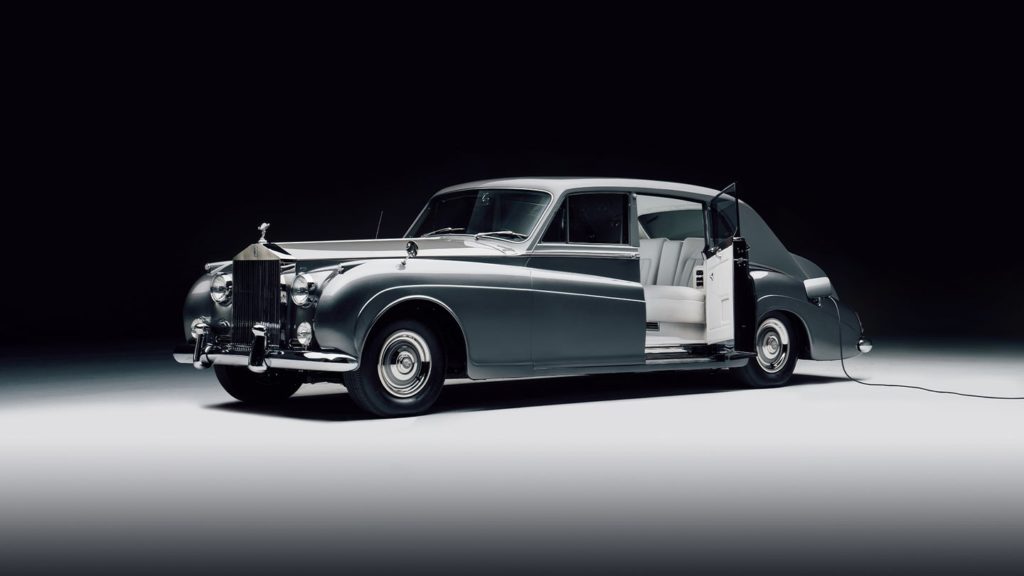 Pursuits
Meet the World’s first Electric Rolls-Royce
Share
Next article
If you’re thinking of getting an electric car, a classic Rolls-Royce probably won’t be the first thing that comes to mind. Yet a Rolls-Royce Phantom and Silver Cloud are exactly what Tesla’s going to have to compete with once they hit the roads, thanks to a 21st-century update courtesy of Lunaz. Based in Silverstone in the UK — the birthplace of many a motoring legend — the classic design company isn’t stranger to giving rarified vehicles a new lease of life, and has put itself on the map by retrofitting EV drivetrains into luxury and classic British cars like those from Jaguar and Bentley. Its latest project will see it transform the gas-guzzling leviathan that is this 1961 beauty into an earth-loving giant — with even more power too, if you can believe it. Only 30 will be made available and they’ll debut as the world’s first electric Rolls-Royce cars in the market. As you can imagine, this requires an immense amount of work, and it starts with stripping the classic down to its bare metal. Lunaz then 3D-scans the shell before restoring it to perfect near-factory specifications and outfitting it with its propriety powertrain and all the exciting techy features a car from the ‘60s would never provide. The original 183hp, 6.25-litre V8 will be replaced by a more substantial 375hp 120kWh battery with a 300-mile range — the largest of its type in the world. Inside, it’s still Rolls-Royce business as usual, so expect fancy bits and bobs like rose gold inlays in the restored wood paneling, and alpaca wool (rarer than cashmere!) floor mats. After all, the minds behind each of Lunaz’s revitalised masterpieces all know a thing or two about pedigree cars, having clocked senior-role hours at the likes of Ferrari, McLaren, and Aston Martin. In keeping with the cars’ timelessness and unmistakable presence, Lunaz will clothe the car in a two-tone paint scheme — Midland Grey on the top and Cinereous Grey at the bottom — although customisation options are available too. Like any Rolls-Royce, prepare to pay a pretty penny for these souped-up electrified cars. Customers who choose a converted Silver Cloud can expect to fork out at least US$458,000 (approx. S$627,000), while the Phantom V will cost US$654,000 (approx. S$896,000). The electric Rolls-Royces by Lunaz will be available in every global market, and allocation can only be secured through direct relationship with the factory, so we recommend getting to work now if you want to get your hands on one. More details here. This story first appeared on Lifestyle Asia Singapore (All photos: Lunaz)

Pursuits
Sign up to get the latest luxury and lifestyle news delivered to your inbox.
Electric car Rolls-Royce
Shatricia Nair
Motors

For our cover girl @raitricia, she has one thing t