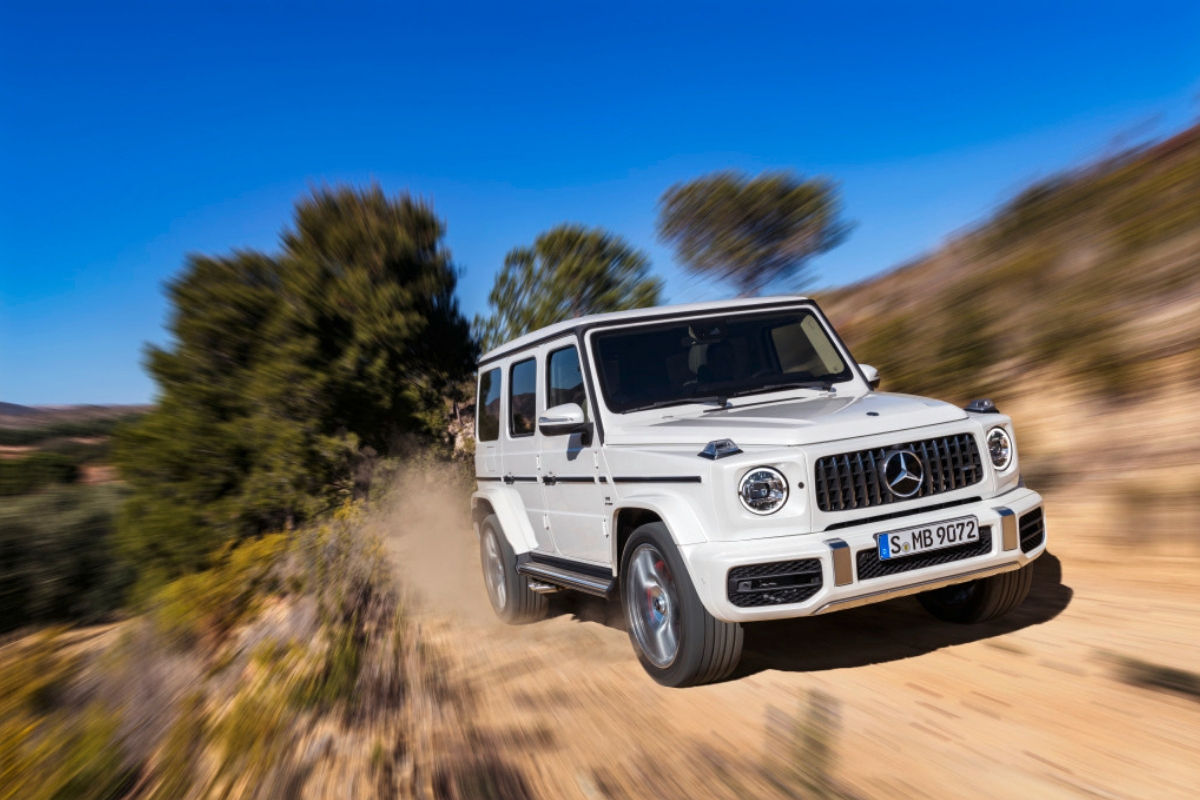 It’s been about 40 years since Mercedes-Benz introduced its G-Class, the rugged 4×4 that’s often known to its passionate fan base as the G-Wagen (short for geländewagen, meaning cross-country vehicle). In fact, when it first appeared, the genus SUV didn’t exist and the G’s competition was limited to the Land Rover, the Toyota Land Cruiser… and that, more or less, was that.

Much as it would have been across town at Porsche with the 911, it’s doubtful that anyone working on the G-Class design team back in the 1970s would ever have imagined their tough and reliable workhorse not only soldiering on but actually remaining in production until well into the 21st century — though to be fair, comprehensive chassis, powertrain, interior and exterior revisions were made at regular intervals during the 38 years in which it was built. But, again as with Porsche, there came a point where Mercedes had no option with the G than to start all over again.

And that’s where the new G-class, which has finally arrived here in Hong Kong (it was unveiled at the Detroit show way back in January), comes in. Although at a glance you’d be hard pressed to spot the difference between it and its predecessor, it’s actually the entirely new machine that it really had to be: new chassis, new suspension, new body (in steel and aluminium), new engines and transmissions — and an interior so new it even gets super-comfy seats and full-digital displays straight from the S-and E-Classes.

Yup, it’s a little bigger and wider, but it’s also slightly less heavy. The real news, however — especially for those who remember the old model as being sure-footed in the mud, capable on the straights but in other respects verging on the terrifying — is that the G-Wagen has been so utterly transformed into a safe and properly driveable all-purpose vehicle that it can, almost, be considered a car you could use every day.

I say “almost” because here in Hong Kong it comes in one version only, and that’s the AMG G 63 — and as anyone who knows anything about cars will tell you, those three initials are German for “bonkers”. More specifically, it means that under its bonnet, this new G packs a 4-litre, biturbo V8 with almost 580bhp and, madder still, 850Nm at 2,500rpm. In other words, this brick-like bolide accelerates from a standstill to 100km/h in 4.5 seconds and carries on hurtling until it reaches a terminal velocity in excess of 250.

Whether such extremes from such an unlikely vehicle are either necessary or justifiable, that’s entirely for you to judge. We, however, must confess to finding the notion of transporting vast household objects at transonic speeds so irresistible that we’re itching for an opportunity to get our hands on it. And somehow we reckon more than a few of you out there are going to feel the same way, too.