The IX Factor from BMW 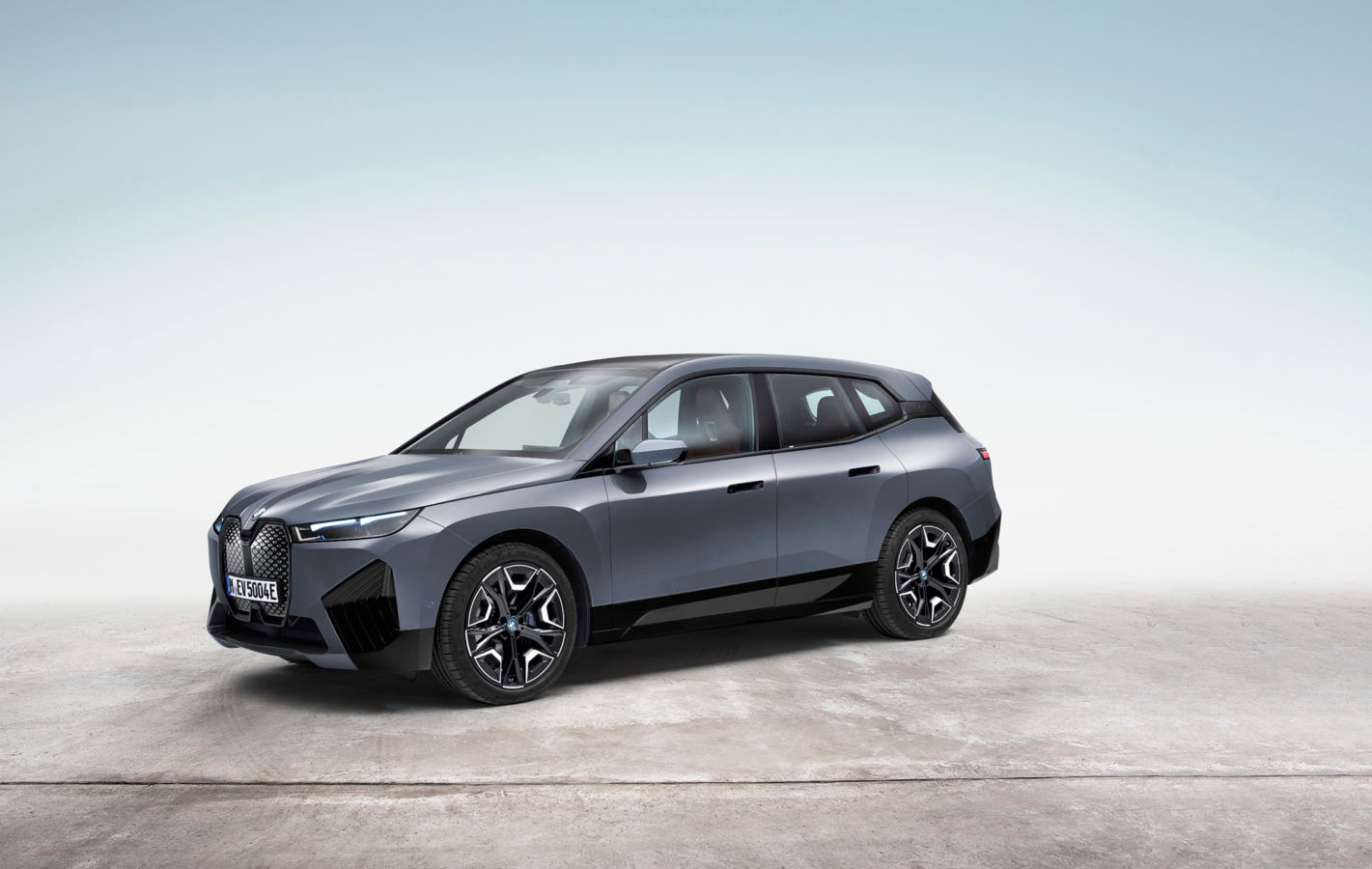 Pursuits
The IX Factor from BMW
Share
Next article

How do you imagine the automobile of the future? Would it be a rocket ship on wheels or, perhaps at the other extreme, a simple square box? Maybe you see it in the shape of a lozenge, or even some kind of spheroid. Or will car designers ignore the possibilities offered by alternative forms of propulsion – electricity, hydrogen fuel-cell or, as has been suggested by one lone voice, even nuclear – and revert to the default configurations we’ve been familiar with for decades: the three-box saloon and the two-box wagon/utility vehicle?

As long-time a car lover I’ve found the majority of electric car designs uninspiring to say the least, but a few recent offerings – namely the Mercedes EQS, Porsche’s Taycan and the Audi e-tron GT, which all promise an experience commensurate with their good looks – have given me hope that the future of driving won’t be quite so dreary as I’d feared (assuming we’ll still be permitted to drive our autos rather than simply be transported by them, that is). But then I step into the BMW concessionaire’s showroom, where I’m confronted by the new iX, which I understand represents the most important step towards the future that the company has taken in years. And, of all things, it’s a two-box SUV. 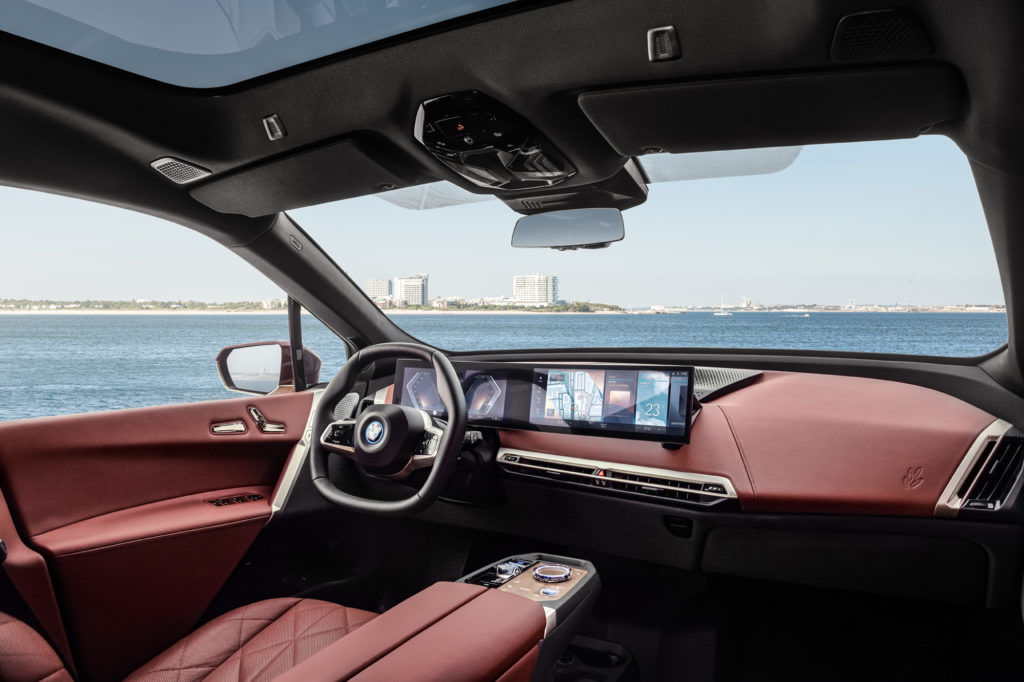 Of course, we all understand the global market’s love of the urban tractor continues unabated, a reality that’s hard for any car maker to ignore. But I still can’t help wondering why BMW has chosen as the launchpad for a raft of genuinely impressive next-generation electric-vehicle technology a machine whose sheer size, height and weight must surely render it dynamically challenged, and is hardly in keeping with a world where environmental awareness and sustainable use of resources are the new watchwords.

With those sentiments uppermost, I walk slowly around the grey iX xDrive40 whose driver’s seat I’m about to occupy, taking in its enlarged dimensions and brutalist countenance. Yet there’s also the sneaking suspicion I may be unfairly pre-judging this BMW. Because I do have to say that in the metal – or, to be more accurate, aluminium, steel and carbon fibre-reinforced plastic – the iX is a better-looking proposition than its photographic likeness suggests, even if I may never come to terms with the enormous pair of nostrils that make up its fake grille (which – and I’m unsure as to whether this is a positive – I’m told is capable of self-mending if it suffers a minor bump).

The test car’s Sophisto Grey paintwork, which appears almost matte from a distance but takes on a glossy sheen on closer inspection, clearly works in its favour too (though that cool ability to change colour, recently previewed at the CES show, isn’t available as an option yet) – and I’ll admit the overall design is certainly distinctive, a grail all designers are eager to claim. There are even hints of the loveable but recently departed i3 city car, while viewed alongside BMW’s more conventional SUVs the iX doesn’t even look that huge – and with a drag coefficient of just 0.25, it’s a good deal more slippery than it appears. 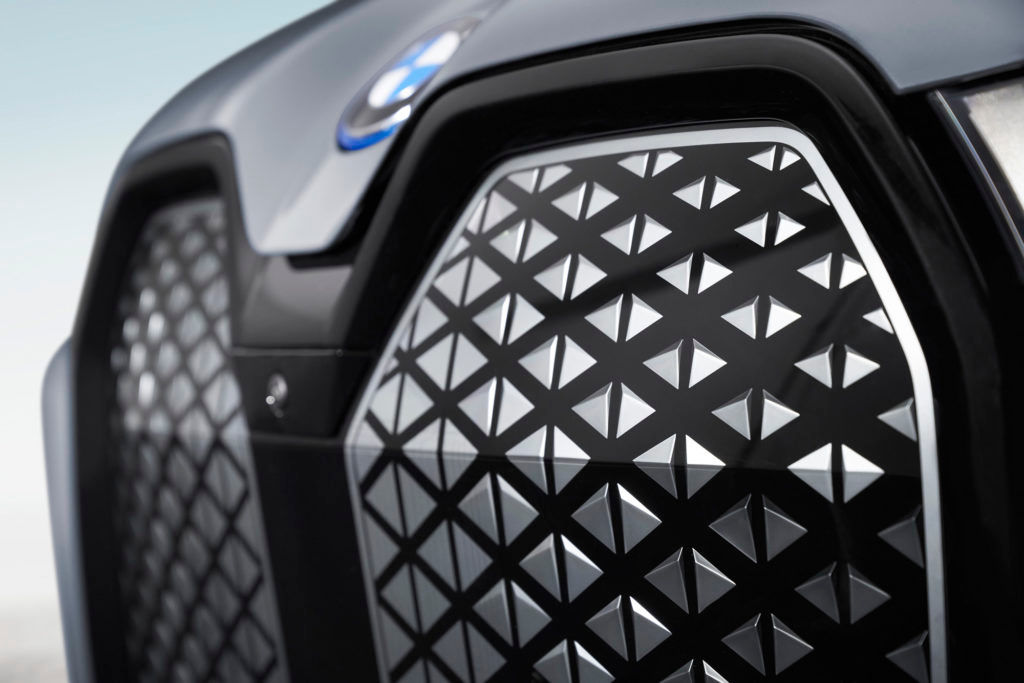 But it’s beneath the skin where the iX reveals its most interesting aspects. Currently there are two models, the 40 and 50: the former, which I’m driving, has motors front and back, with an enormous 71kW battery pack occupying much of the floorpan that gives it 322bhp and a claimed range upwards of 370km, and lowers the centre of gravity considerably. The 50, which should be arriving in Asian markets by the time this article appears, has 105kW of battery power that dramatically raises output to 523bhp and range to more than 600km. Both cars share the same electric all-wheel-drive system, though the 50 also comes with standard rear-wheel steering and air suspension. Each weigh around 2.5 tonnes, a major portion of which is accounted for by the battery, though as the iX 40 produces an impressive 630Nm, that heft won’t prove much of a hindrance to forward motion.

Opening the doors, an action that can be remote-controlled by smartphone app, I enter an interior that’s contemporary, genuinely spacious, beautifully finished throughout and, in some key areas, unconventional. Even before I’m properly seated the aircon is wafting cool air over me – in fact, I can use my phone to preset that, too. With no conventional gearbox to speak of (the car goes forwards and backwards, and that’s pretty much it), there’s no transmission tunnel, which frees up space down the centre of the cabin, while the Skylounge panoramic roof provides an additional sense of roominess. Front-seat passengers are treated to a pair of wide comfy chairs that are infinitely adjustable via crystal door controls, and covered in smooth and supple leather, while the rear seats will provide a six-footer with plenty of leg- and headroom.

The hexagonal steering wheel seems like a curious anachronism, especially as it fronts a wide and appropriately space-age touchscreen display that dazzles with luminous colour and is delightful to look at, though I’m certain the multiplicity of functions and settings would take an age for me to get my head around. Essential functions, including a glass-ringed iDrive controller, are grouped on a small extension to the front armrest, and the car’s systems are also set up to respond to gesture and voice commands (though as for the latter, when attempting to shout my destination at the navigation system my test car is either deaf or disobedient).

For those brought up to regard a BMW as “the ultimate driving machine”, the iX will probably disappoint. As I’ve said, it’s big and heavy, so to imagine it as an electrified M3 in SUV guise is to misjudge it completely. What I will say is that even with the absence of air suspension the iX 40 rides astonishingly well, while handling, body control and grip are far better than I’d expected. Add to those the absence of engine noise, and this is not only a relaxing car to drive and ride in, but also one in which I could imagine undertaking lengthy journeys, range considerations permitting (though a 30-minute rest-stop charge should bring the battery up to 80 percent of full capacity). 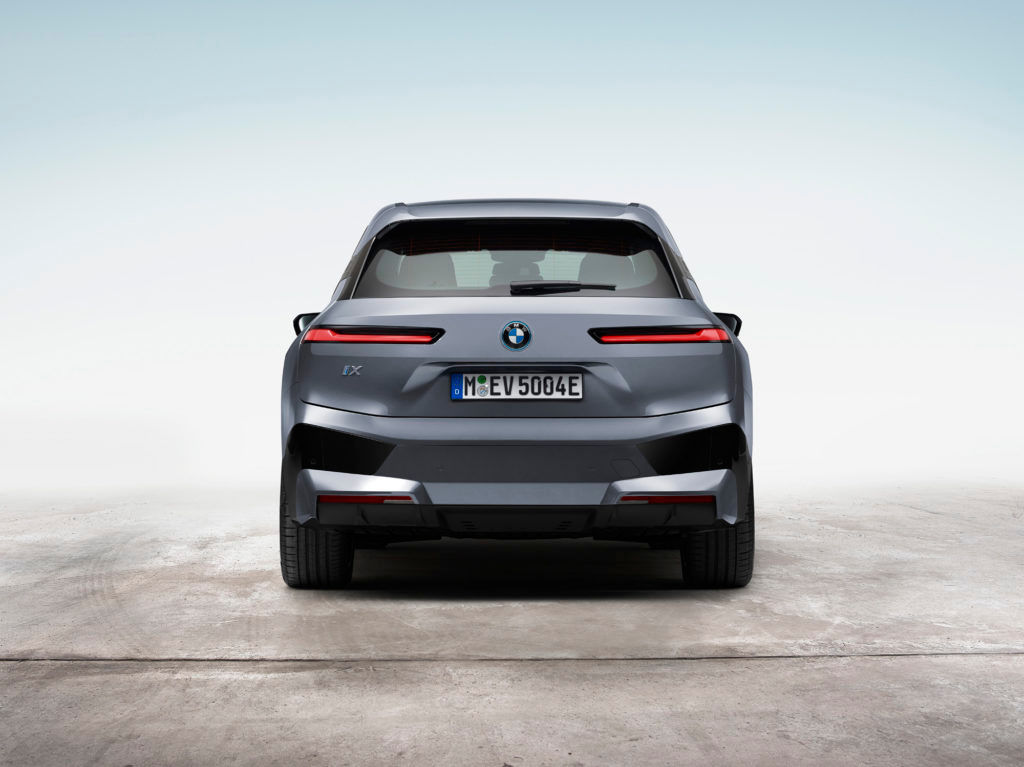 Dynamically, it performs pretty well too, with 0-100km/h acceleration in a little over six seconds with the accelerator floored and Sport mode engaged, and a maximum speed of around 200 – which is surely fast enough for anyone. Granted there’s not much feedback through that weird eight-sided helm, but the steering is quick enough and the iX goes precisely where it’s pointed; I imagine the 50 version, which steers through all four wheels, will be even nimbler.

Although I don’t see the future of the automobile in the exaggerated proportions of an SUV, there are plenty of potential buyers who
do – and that isn’t a thinly disguised put down, because I’ll happily concede this BMW is more impressive, intriguing and likeable than
I’d ever imagined. It’s comfortable, practical, roomy, easy to live with and surprisingly enjoyable to drive – and it offers an enticing taste
of things of things to come. If that list of accomplishments adds up to your next car, the iX could be the perfect choice.

Two electric motors, one at each axle

HK$798,000 (under one-to-one replacement scheme and including first-registration-tax concession)