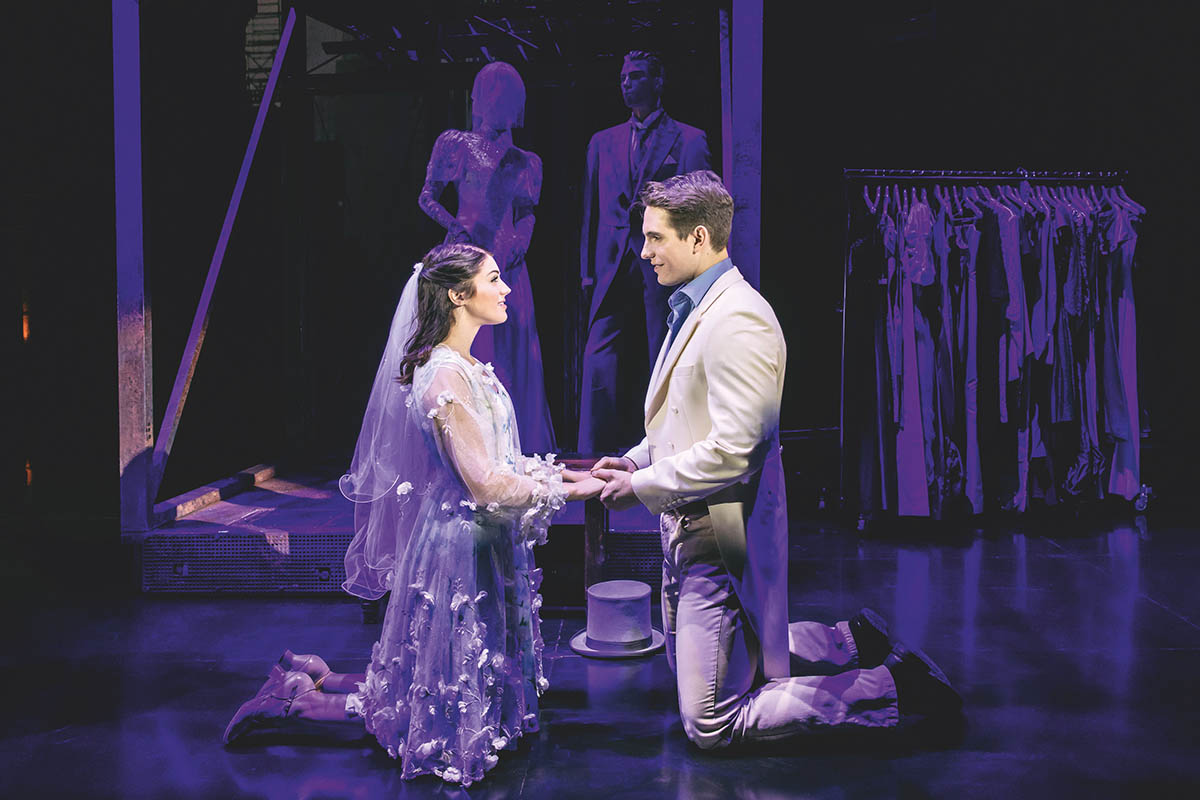 West Side Story Snaps into Bangkok

Pursuits
West Side Story Snaps into Bangkok
Share
Next article

Broadway classic “West Side Story” is coming to the Bangkok stage this October as part of the 19th International Festival of Dance and Music.

The musical, a Romeo and Juliet tale set on the mean streets of New York’s Upper West Side in the 1950s – and probably best known for finger snaps and pitting Sharks versus Jets – is being put on by BB Promotions in association with New York’s Sundance Productions.

What is your background?

Jenna: I began performing at a young age and haven’t stopped since. From age 8 to 18, I performed in 22 different musicals and then went to Belmont University in Nashville, Tennessee, to get my degree in Musical Theatre. I’ve been working professionally for five years now and have been involved in numerous productions and companies. Some favourite roles include Cinderella in “Into the Woods” and Millie in “Thoroughly Modern Millie”.

Kevin: I’m from a small suburb in New Jersey, where I grew up pretty much my whole life and have been performing for only six short years. Before singing and acting, I was playing ice hockey, skateboarding and was just being your average boy.

How do you like your character? How do you relate with him/her?

Jenna: There are definitely plenty of ways that I relate to Maria and other ways that I wish I were more like her. Overall, I love the journey that Maria goes on every night, transforming from a young girl into a strong woman.

Kevin: Tony and I are very similar, which makes him very, very enjoyable to play.

How did you prepare yourself for the role?

Jenna: The emotional prep is probably the most intense part of this role. Maria definitely has some deep, emotionally charged scenes and as an actor you have to figure out what would get you personally to that same emotional place.

Kevin: We all prepared togetherin a secluded area in the middle of the mountains in Austria at The Robinson Club over the course of about four weeks.

What do you think makes “West Side Story” an all-time classic?

Jenna: Clearly, the music, dance, and the “Romeo and Juliet” plot line are a favourite of so many people. However, I think what really makes this show such a classic is its relevancy.

This show and this story will always be one that needs to be told. People will always be able to relate to not getting along with people who are different from us or who we disagree with and we have to learn how to navigate life with them without turning to hatred or violence.

Which part of the musical has been the most challenging?

Jenna: For me, I think it’s keeping the emotional scenes just as charged as the first time I ever found that emotional place. Doing the same show eight times a week is amazing, but it’s hard in the way that you have to keep your show just as genuine and truthful as when it was new to you. I’m always having to find new ways to access the emotion from a real place.

Kevin: In my personal life I don’t get angry very often, and I’ve let a lot of my past anger go, so getting angry is something that is pretty difficult for me.

And your favourite part of the play?

Jenna: Right now I think my favourite scene is the Balcony scene. It gives the audience a little peek into what things could be like if we all viewed each other for who we are as human beings and not the colour of our skin.

This is the only production in the world that uses the original choreography.

Jenna: Our creative team worked with the original creators of the show. So our production really is as close to the original as you’re going to get. So much of this show was created around this iconic choreography and the story is told so much more powerfully through the movement.

Kevin: We were also taught by Joey McKneely, who learned [the choreography] directly from the creator of the production, Jerome Robbins.

How do you take care of yourself and especially your voice throughout such a long production?

Jenna: Our job is definitely very taxing, on our bodies and our voices. I try to get a lot of sleep and use my personal steam inhaler and humidifier to keep my vocal cords as hydrated as possible.

Kevin: We have a very physically fit cast. All of us love working out and being active. Personally, I focus a lot of my time in the gym, to my diet, and to warming up my voice.

Catch “West Side Story” from October 5-8 at 7.30pm and 2.30 pm at the Main Hall of Thailand Cultural Centre