By Maya A. Siregar
Online Editor
Presented by FOREVERMARK 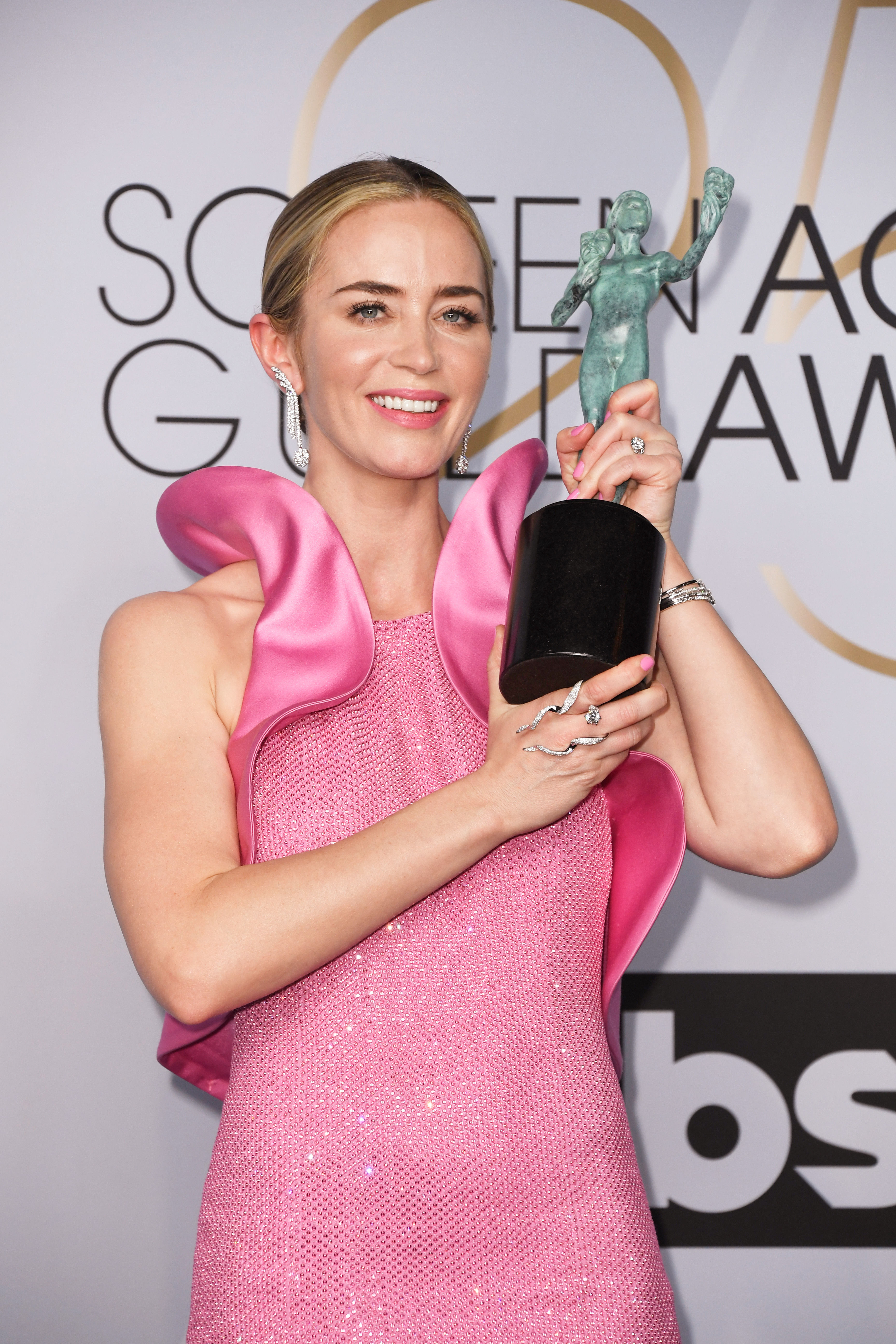 Strutting on Hollywood’s biggest events’ red carpet is probably the most-awaited moments for world-famous stars and the audience. It’s time when all eyes are on the stars who wear the best attires, and jewellery.

Being the jeweller that use diamonds with the qualities beyond 4C (carat, clarity, cut, color) only, Forevermark’s diamond is beautiful, rare, and responsibly sourced. Making Forevermark’s diamond as the best companion for any woman to complement her unique beauty. Talking about uniqueness, Forevermark consistently supports world class celebrities to look stunning on red carpets in international awarding events such as Grammy, SAG Awards, and Oscars.

And this April, those Forevermark Red Carpet Collection will return to Indonesia and will be showcased at Mondial Jeweler boutique.

As she accepted the award for Outstanding Performance by a Female Actor in a Supporting Role in a Motion Picture for her role in A Quiet Place at the 25th Annual Screen Actors Guild Awards, Emily Blunt was wearing Forevermark Waterfall Earrings set in 18k white gold 11.73 carat diamond designed by Eri Dwi Suciaji. Jessica Paster, Blunt’s stylist said of the look, “For Emily, double nominee tonight, we went for a modern retro look. I was looking for a gorgeous diamond earring to compliment the ruffle of the dress and I found it with Forevermark along with an incredible one-of-a-kind diamond ring. Such a fun look!”.

FOREVERMARK “The Warmth of the Sun” Necklace worn by Sandra Oh

Twin Diamond Earrings were worn by Kristen Bell at the 25th Critics’ Choice Awards held in California, USA on January 12, 2020. Kristen Bell is known for her roles in NBC’s The Good Wife, Veronica Mars series, and the voice of Anna in Frozen. In this event, she was honored with the #SeeHer award presented to women that embody the values set forth by the #SeeHer movement. Forevermark Twin is a pair of long drop earrings encrusted with 13.2 carat diamond designed by Kristianto.

Singing the song “I’m Standing with You” at the Acadamy Awards (Oscars) 2020 at the Vanity Fair Oscar After Party, Chrissy Metz looked dazzling wearing Forevermark by Mondial’s Mother Earth as the highlight of her overall look paired with her purple dress. Forevermark by Mondial’s Mother Earth ring charms with the combination of 18 grams of white and yellow gold and encrusted with 6.68 carat Forevermark diamond, designed by Dede Erik. This collection is inspired by Geea Or Gaia, who is the representation of earth and mother of all in Greek mythology. This 1.00 carat round shaped diamond as the center is surrounded by several round shaped diamonds as a symbol of mother of the titans and humans.

Forevermark is committed to championing female talent whether it is on the red carpet or other prestigious event in order to support women in pursuing their career and dreams, since Forevermark recognizes the very significant contribution of women to build the future of the communities where Forevermark operates.

All the Forevermark Red Carpet Collections are designed by talented in-house jewelry designers of PT Central Mega Kencana who demonstrated the extraordinary craftsmanship and boundless creativity which produced varying shapes and sizes of jewelry crowned by Forevermark diamonds that are truly beautiful, rare, and responsibly sourced.