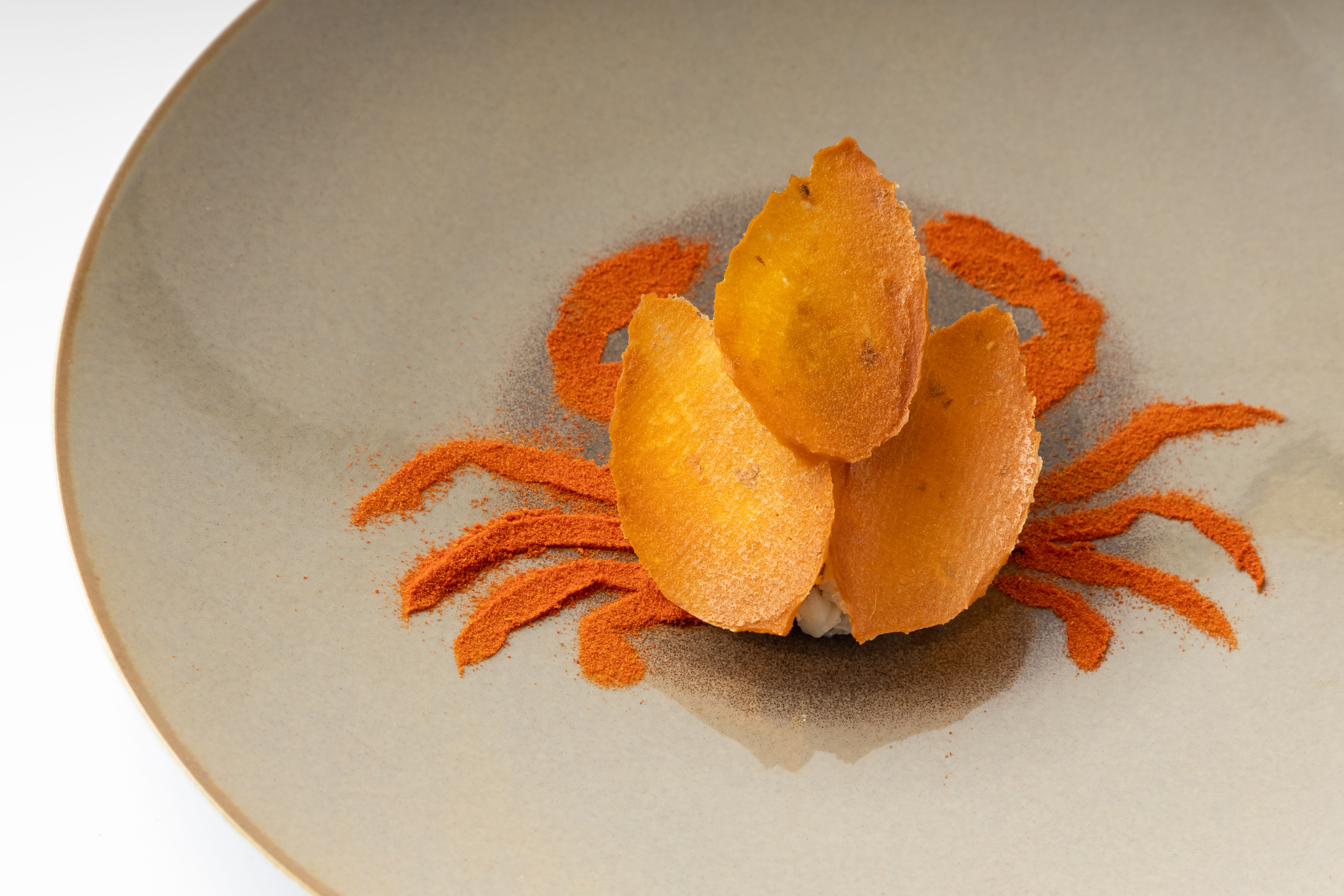 In a city that can’t and won’t slow down, new restaurants are constantly springing up in Hong Kong. With its success in four locations already, the French bistro Dalloyau crosses countries and cultures to open its fifth and latest location smack in the middle of our city’s CBD in Entertainment Building.

The modern French bistro has been an ambassador for creating delicacies from age-old recipes — dating back to 1682 — which were served in the royal court of the Palace of Versaille. Fast forward to 2019 and the same classics have been recreated for this Century, along with an inventive vibrant menu with items that are low in calories, salt and free of dairy too.

Compared to other outlets, the Central location has a more sizeable menu with exclusives only available at this branch. The appetiser section is spruced up with an elegant Crab meat salad of jellied tomato consommé, pickled green tomatoes, avocado ice cream and crispy beignets, artfully plated together to resemble a vermilion crab. Another newcomer is the Truffle Soup Élysée, a reinvented lighter version of the classic; using ham stock, a chicken stuffed dumpling, foie gras and black truffle.

Hen in a Pouch

The mains also get a makeover with bigger dishes designed to be shared amongst the table. The all-time favourite Beef Wellington is consistently delightful with its meaty and moist steak centre wrapped in expertly made golden and flaky puff pastry. If you’re cutting back on red meat, the Salmon Coulbiac is a nice seafood alternative and an exclusive to the Central branch. It’s also wrapped in puff pastry and enclosed with seven distinct layers of flavour – salmon, mushrooms, risotto, spinach, gherkins, egg whites and yolks – striking a balance of textures and tastes. But the hero of the meal is unarguably the Hen in a Pouch. This emblematic poultry dish pays tribute to the late culinary legend Paul Bocuse, who is probably most known for his chicken cooked in a pig bladder. Duck foie gras and black truffles are stuffed under the skin of the hen before being placed within the bladder to contain and preserve its flavour and juices while it cooks. It’s served tableside with a luscious Madeira truffle sauce.

Then comes the dessert. Maybe the most anticipated part of the meal as the name Dalloyau is synonymous with pastry excellence. Like all other branches, Entertainment Building offers the most signature staples like homemade macarons, molten chocolate cake and strawberry mille feuille. The Rum baba topped with mascarpone cream cheese and Apple turnover with green apples and raisins are new additions to try. Baked fresh daily, the apple turnovers come piping hot out of the oven at 3pm, 4pm and 5pm and quantities are limited, so if you intend on picking one up, it’s best to go at tea time to guarantee a piece. For those more health conscious, you’ll still be able to satisfy that sweet tooth with dairy-free options of originals like the signature Crêpe Suzette without compromising flavour, making desserts as guilt-free as can be.