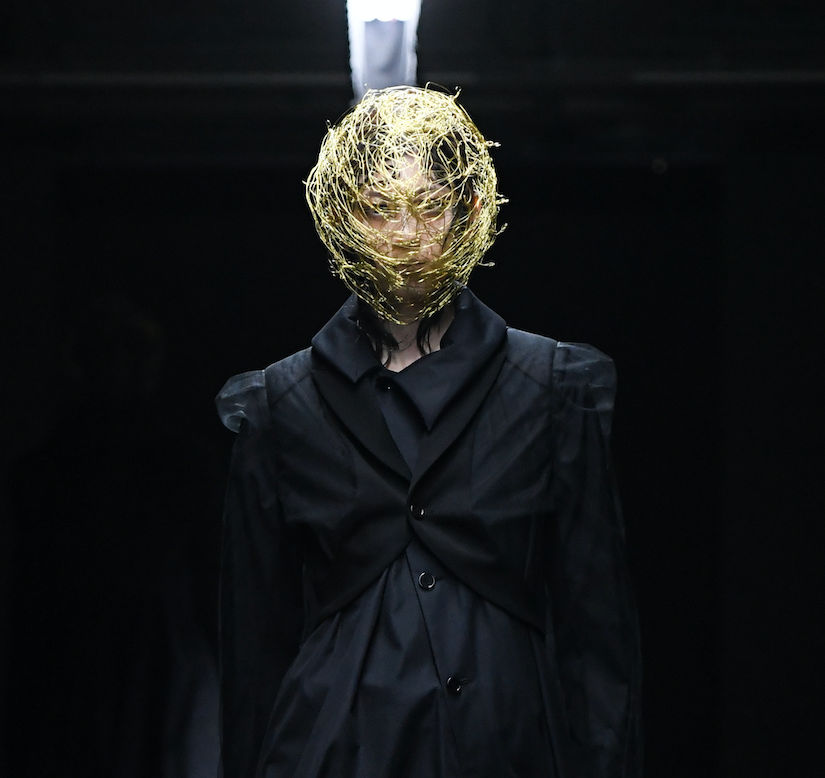 To mark the fashion month, we profile four new faces who blur the boundaries between couture and prêt-à-porter by embracing innovation and inconspicuous references.

The layperson’s notion of haute couture is often reduced to buzzy shows by legacy fashion houses. Who could forget, for example, John Galliano’s fantastic spring 2004 couture collection for Dior, inspired by a visit to Egypt, or Inès de la Fressange wearing Karl Lagerfeld’s spectacular satin-and-tulle wedding gown in Chanel’s 1987 spring/summer haute couture show. Mugler’s L’Hiver Des Anges is also up there, leaning towards the edgier side. Designers such as these were (and some still are) innovators in their own right – yet, were you to dig deeper, you’d discover even more mind-blowing inventions.

The 20th century spawned a small army of fashion revolutionaries whose names are known only to a few. The French couturier Madeleine Vionnet defined the dress code for women in the 1930s through her use of a cutting technique that enabled her to create graceful drapes accentuating body curves, thus earning her the title Queen of the Bias Cut. Vionnet credited ancient Greece as her inspiration. Marie-Louise Cavern was another, a prêt-à-porter pioneer and the first fashion designer to patent a push-up bra. And, of course, let’s not forget Hanae Mori, who died just last month, who was the first Asian woman to be officially admitted as an haute couture designer by the Fédération Française de la Couture.

Today, the lines between prêt-à-porter and couture have blurred. Haute couture is still a legally protected distinction granted only to a select few designers with ateliers in Paris, yet the lore surrounding it has become richer and more provocative (think Balenciaga’s esteemed épateur and king of the underground, Demna Gvasalia).

The London-based and ANDAM special-prize-winning fashion designer Robert Wun, who was mentored by Chanel’s president of fashion and head of the Federation de la Haute Couture Bruno Pavlovsky, is part of this provocative new brigade. “I think when you say, ‘I’m going to show a T-shirt at haute couture,’ then sure. Why the fuck not?” says Wun of Gvasalia’s work. Wun’s distinct pleated aesthetic and grippingly complex silhouettes caught Pavlovsky’s eye, and the designer is making his Paris Fashion Week debut this season with mathematical shapes, prioritising elements such as birds and armour that reflect a birth-to-death wardrobe. “I’m circling major events in people’s lives,” Wun adds. “At funerals, we see crows, the church, doves and we think of light and unity. I’m trying to build a world where we see birds on every single [step of the journey].” Meanwhile, as haute couture beckons from afar, his custom pieces are already attracting a loyal clientele, making him one with the demi-couture movement.

Couture’s contemporary aesthetic doesn’t get any more extreme than in the creations of Kei Ninomiya, protégé of Rei Kawakubo and Junya Watanabe’s, whose work speaks for itself much louder than he does. For his autumn 2022 collection, the designer “created a new world by mixing different colours [with] black, which is the identity of Noir Kei Ninomiya”. Grand though it might sound, every single one of his creations is extraordinary. Take the exquisite floral bomber jacket that opened this season’s collection: spikes of purple, green and blue mount the bulbous piece, making it resemble a Siberian spiked armour. “The silhouette was created with triangular parts of different sizes and shapes,” Ninomiya tells me.

Although he and Wun have some similarities, Ninomiya isn’t about to set up an haute couture arm of his brand at this moment, even though his craftsmanship and philosophies could rival those of heritage maisons. “I want to use new techniques to create new things,” he says. “I try techniques other than sewing, which is normally used to create ordinary clothing. Some of these became representative of Noir, such as caulking, macramé and connections with rings.” The rejection of sewing is explained by Ninomiya’s proclivity for voluminous, complex silhouettes that require a more advanced approach to execute.

Kawakubo’s clan isn’t the only pantheon of ingenuity and chutzpah in the high fashion realm. Yuima Nakazato
is writing new tribal codes into couture conventions that redefine the genre. An official guest member of the Chambre Syndicale de la Haute Couture, Nakazato is renowned for his use of advanced materials and a set of unwavering sustainable values that go beyond the custom nature of haute couture.

A long-term collaborator with Spiber, who supplies his studio with synthetic protein fabrics, Nakazato evokes a cutting- edge bio-smocking technique. “It’s developed for brewed protein, a synthetic material invented by Spiber,” he says. “When in contact with water and heat, the woven fabric exhibits a super-contraction [property]. Bio-smocking is any method of controlling the fabric’s contraction to form intended shapes. Until now, digital UV printing has been used to control the shrinkage, but this time we combined it with the traditional technique of indigo dyeing – combined with lacquer – and tie-dyeing: shibori. Since it employs natural dyes, it’s not only 100-percent biodegradable, but also has unprecedented suppleness.”

Nakazato’s referencing his autumn 2022 haute couture collection, titled Blue. Other than shibori and bio-smocking, the designer uses deadstock fabric in the range, of which he speaks with childlike tenderness. “While each of those fabrics is special, attaching value to them is difficult. With a small shift in perspective, however, they can become something entirely new. I wanted to create something beautiful from these dregs, something that would otherwise be regarded as little more than industrial waste.”

Much like Madame Vionnet, Nakazato fancies unusual cuts in his designs, though his rationale stretches – no pun intended – beyond sculpting a silhouette. “This collection is made with a rectangular pattern as much as possible,” he tells me. “This is an ancient kimono philosophy that doesn’t waste fabric. As fabrics are cut in a rectangular shape, my designs eliminate the waste that occurs during the production process.”

And then he gets “geo-couture” in his observation. “A single rectangle doesn’t suit the human body, but, joined by another one, it can, resulting in a garment that fits anyone. This approach is completely different from the western one, which tries to make the garment fit the three-dimensional human body. The oriental approach to the body goes beyond modern mass-customisation concepts – it can suit any person.”

And while Nakazato summons ancient inspirations to modernise couture, Chinese designer Huishan Zhang – distinguished by his ambition to destigmatise the Made in China label – looks no further than the 1960s in hopes of flipping the script. “My autumn/winter 2022 collection looks at the legacy of Marella Agnelli, an Italian aristocrat, and Babe Paley, an American socialite and Truman Capote’s best friend,” Zhang says.

“I was thinking about what it would look like if today’s youth were [to] alter and modernise the couture wardrobes of these icons.” And the result isn’t only haute imagination but haute craftsmanship, the baseline being the scrutiny of corsetry the designer performs through the magenta off-shoulder jacket or the boned-to-the-T mini-dress in the same hue. And then there’s the denim mini dress with ostrich plume trims – quite a choice to interpret Agnelli’s wardrobe – and, of course, the shimmery elongated bodice in canary yellow styled with, again, baggy jeans. Denim was the newest inductee to Zhang’s oeuvre, quite a departure from the maison’s signature floral gowns, though, we hear, is already a paramour among its clientele.

Although the institution of haute couture still towers over fashion consumers’ consciousness, we’re seeing young and ambitious fashion designers who are creating their own rules emboldened by modern values. Fashion is in good hands – and those aren’t necessarily attached to the members of Chambre Syndicale.