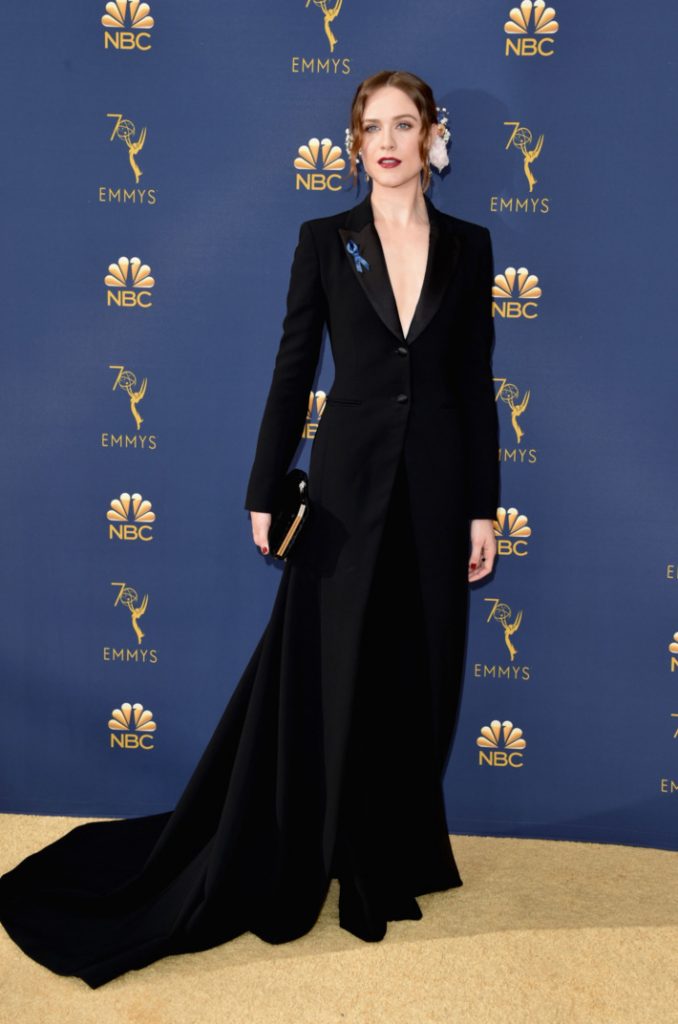 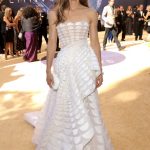 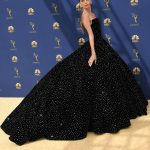 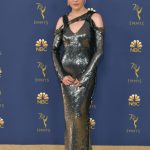 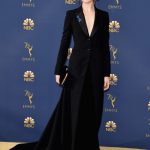 Jessica Biel in Ralph and Russo

Jessica Biel in Ralph and Russo
5/10

Natalia Dyer in Dolce & Gabbana
Sign up to get the latest luxury and lifestyle news delivered to your inbox.

From marriage proposal to 9 Emmy Awards for the Game of Thrones series, Hollywood actors gathered at the Microsoft Theater in Los Angeles for TV’s biggest night, the 2018 Primetime Emmy Awards. Ahead of the event, the 7Oth Emmy Awards were started with the 70th Creative Arts Emmy Awards, where singer and actor John Legend won the Emmys for his variety special for NBC’s Jesus Christ Superstar, Live in Concert as its producer. The awards made him to be the newest and first black man to get the EGOT’ elite status, which means he already won an Emmy, a Grammy, an Oscar, and a Tony.

On Monday night, September 17, the awards was filled with more surprises. During director Glenn Weiss’ acceptance speech for best director for variety special, he said his mother had died two weeks ago and launched into an epic marriage proposal. “You wonder why I don’t like to call you my girlfriend? Because I want to call you my wife,” he said to cheers from the audience.

John Legend who already won as a producer of NBC’s Jesus Christ Superstar, Live in Concert, also nominated for Outstanding Lead Actor in a Limited Series or a Movie award, but he lost this one to Darren Criss, for his performance as Andrew Cunanan in The Assassination of Gianni Versace: American Crime Story on FX channel.

Meanwhile Game of Thrones has successfully won the most Emmys. With a total of 22 nominations, the Game of Thrones won seven at the Creative Arts Awards and two last night, totaling nine wins. And, it won for Outstanding Drama Series.

The night also showed-off the power of streaming services, with HBO and Netflix came out draw for winning 23 awards each. Netflix’s The Crown series led with 13 nominations, and Claire Foy won the Lead Drama Actress Emmy. Just five years after launching its first original series, Netflix racked up the most 2018 Emmy nominations on Thursday, ending HBO’s 17-year reign as the Television Academy’s most celebrated network.

Take a look at the best-dressed list of the Emmy Awards 2018 in the Gallery.

Netflix Dior Dolce & Gabbana Miu Miu game of thrones Emmy Awards 2018 The Crown HBO Ralph and Russo
Maya A. Siregar
Sign up to get the latest luxury and lifestyle news delivered to your inbox.